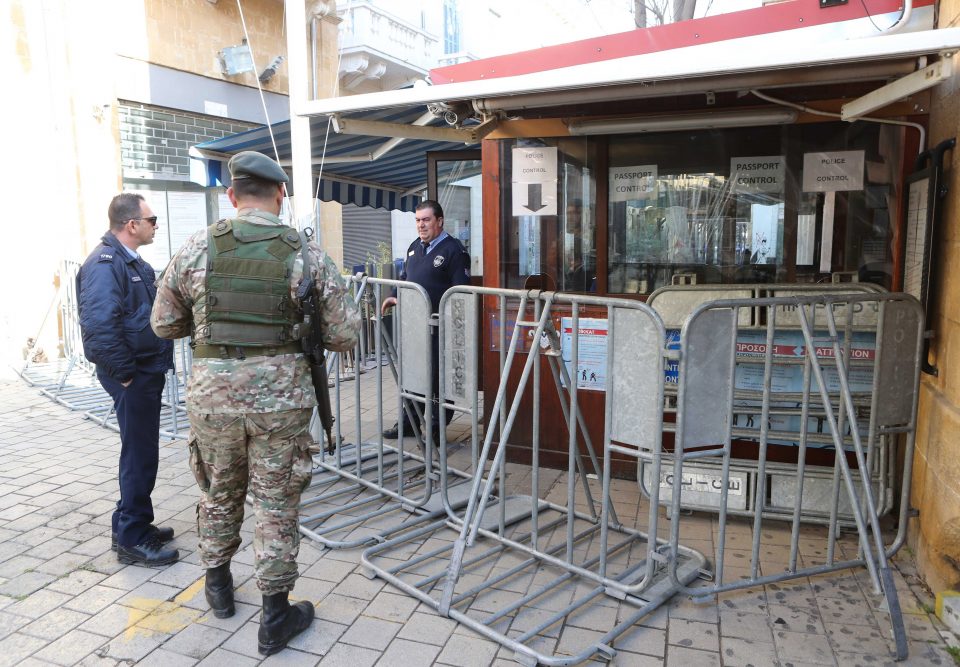 Scientific advisers would be the ones leading the way when it comes to the reopening of the crossing points, Turkish Cypriot leader Mustafa Akinci said on Wednesday.

Akinci welcomed statements earlier in the day by the north’s ‘prime minister’ Ersin Tatar who was quoted as saying they were ready to work with the Greek Cypriots to reopen the checkpoints. Turkish Cypriot ‘health minister’ Ali Pilli suggested he meet with Constantinos Ioannou, Cyprus’ minister for health.

However, the Turkish Cypriot leader poured cold water on the idea. “This is not likely to happen. There is no practical way,” Akinci said. “If only we could be at that level… that is the respective health ministers could establish direct contact with each other. This will be how relations will be in the event of a solution. Health ministers of both communities will be able to communicate, cooperate and discuss issues directly as counterparts,” he was quoted as saying by BRTK.

But for the moment, such contacts could only be carried out through the bicommunal technical committee on health, he said where “priority should be given to health and not to politics”, and between the two leaders, and his came under the purview of the Turkish Cypriot ‘presidency’, Akinci said, not the ‘health ministry’.

He himself had spoken on the phone several times during the crisis with President Nicos Anastasiades, he said, adding that there was an understanding that there needed to be a joint decision on reopening.

It was reported on Wednesday that the scientific team that advises Anastasiades would be sharing its data with the bicommunal committee for health and that the information from both sides would be assessed by the committee before being presented to the two leaders.

Akinci said that there was room for optimism given that no new cases were confirmed in the north for more than a month.

“I am happy that the ‘prime minister’ has realised that the time has come but we need to be restrained and cautious,” said Akinci.

Earlier Wednesday Tatar said the Turkish Cypriot side was ready to work with the Greek Cypriots to reopen the crossings.

Tatar said he had instructed Pilli to get the ball rolling given the positive scientific data on both sides.

“For the reopening of the crossings, the ball is in the hands of our epidemiologists,” Tatar said. “We have zero cases but because the danger persists, so do the measures for now,” he added.

The ‘health ministry’ would first make the necessary contacts and the ‘government’ would approve the moving forward for reopening, Tatar said. He described the statements made by the Greek Cypriot side as “positive” as was the sharing of information by both sides.

“I hope that the necessary cooperation will be demonstrated in an issue that is of deep interest to both sides while health will remain a priority,” Tatar added. Pilli said later he was willing to meet with Ioannou to discuss the situation.

UN Secretary-General Antonio Guterres said last week he expects the leaders of the two communities to agree on arrangements for the reopening of the crossing points as soon the health situation is stabilised.

The closures in March has caused problems for many people, mainly those who live on one side and work on the other. Among those are more than 1,500 Turkish Cypriots who live in the north but work in the government-controlled areas. Currently, anyone entering either side needs to be quarantined for 14 days, making it impossible for people to cross daily between the two sides.

The group has been calling on both sides to find a solution. The government said that the issue would be discussed when conditions allow and in line with recommendations by experts.

Coronavirus: OEV calls on businesses to be flexible with working parents