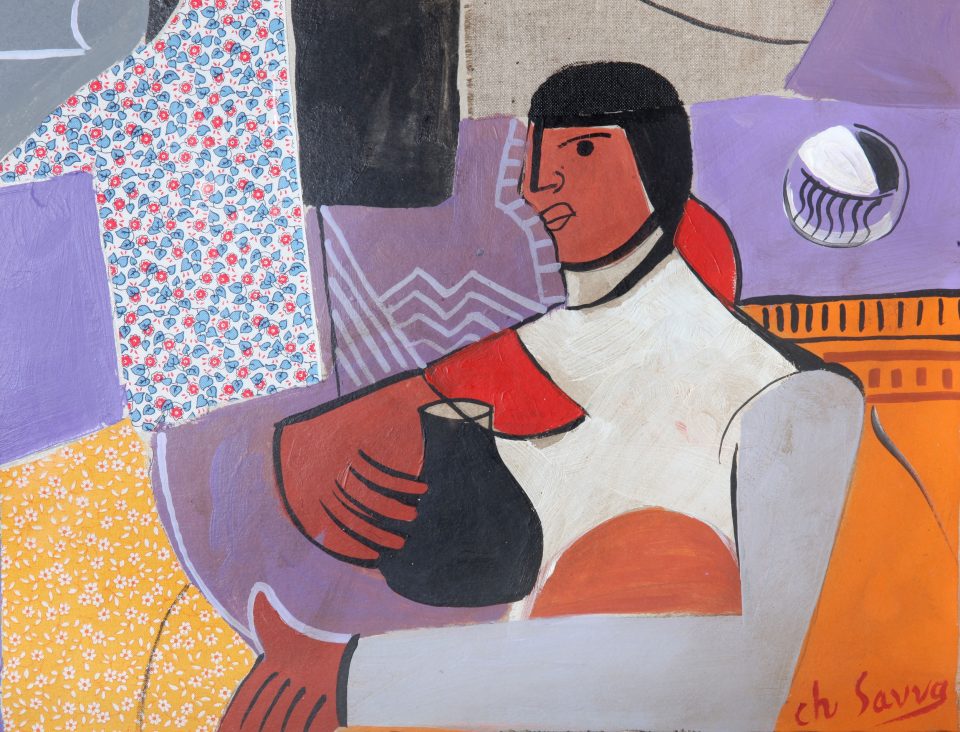 THE Artist’s Resale Right (ARR), which is also referred to as the “Droit de suite”, originated in France and allows an artist to claim royalties for the resale of his or her art.  It exists in Cyprus since 2006, under the Copyright Law.  It applies to works priced between €3,000 – €50,000 and provides for a 4 per cent royalty to be paid by the seller on every resale.

It is now topical because efforts are underway to amend the law so that the ARR would also apply to the resale of works sold at a price less than €3,000.

Sadly, his heirs – who lived in poverty – received nothing.  This became the real starting point for the introduction, in 1920 of the ‘Droit de suite’.

After adoption in a number of countries, it found its way into EU law in 2001 by the adoption of the Directive of the Resale Rights for the Benefit of the Author of an Original Work of Art (Directive 2001/84/EC).

In Cyprus, the Copyright Law was harmonised with the acquis communautaire in 2006.  It must however be stressed that its enforcement left much to be desired, as dare I say for most of the Copyright Law.

After the amendment, which entered into force on 28 July 2006, sections 11A-11G were introduced.

The author now enjoys an inalienable right to receive a royalty, based on the sale price of any resale of his or her work.

It engages, after the sale of the original work by the author, on resales in which art market professionals are involved as sellers, buyers or intermediaries.  These include auction houses, art galleries and in general art dealers.  Clearly, it does not apply to private resales.

In fact, this right of the author operates while alive and extends to 70 years after death, when it is to be enjoyed by the heirs.

Interestingly, the law provides for the author or its successor in title the right (for a period of 3 years from the resale) to require an art market professional involved, to supply the relevant information in order to be able to ascertain the royalties due.

Last but not least, the law provides that the obligation to pay rests with the seller and it is of course open to auction houses to apportion same, as part of their terms and conditions.

One can argue that an artist who sells a painting should retain no right over it – that it should be something akin to the sale of a flat.

There are at least three replies to this view:

It is within this rationale that the ARR exists and in fact, under the Copyright Law there is no way for the artist to part with this right.

I only got involved in this area of the law in 2018 having volunteered to assist in the 50-year retrospective entitled “Untimely on Time of Christoforos Savva 1924 – 1968”, honouring one of the most ground-breaking Cypriot artists of the 20th century.  He had suddenly passed away while his works had been selected to represent Cyprus in its inaugural Pavilion at the Venice Biennale.

In fact, this retrospective represented Cyprus in the 2019 Venice Biennale.

To my surprise I discovered the existence of these provisions in the Cyprus legal order while talking to the curator and his heirs.

What amazed me though was the absence of an ARR provision in the terms and conditions of most of the auction houses on the island.

To the credit of the Cyprus Ministry of Education and Culture and the Point Centre for Contemporary Art, they had organised a lecture on ARR as part of the exhibition.  In a strange way this actually suited the late artist’s intellectual and cultural heritage.

Using this starting point, with the artist Nikos Kouroussis, we organised a series of lectures in all districts of Cyprus to start explaining the concept both artistically and legally.

There was an obvious need for implementation but at the same time the unreasonable restriction of the application of ARR to sales under €3,000, came to light.

It is actually these, less than €3,000 works, that need to attract protection so that the author may get some remuneration.

It is interesting to note that the EU Directive starts from €3,000 upwards but there is nothing stopping Cyprus from starting from a lower threshold, as a number of other countries have decided to do.

Having identified the need for the amendment, the Green Party (a representative of whom had attended the lecture in Larnaca) took up the matter and tabled an amendment to the Copyright Law in March 2019.

Until a few weeks ago the matter was dormant, but it was reactivated as a result of Covid-19.  In an effort to assist artists it was taken up as a measure to support them during these difficult times.

In fact, it is expected that the House Committee on Energy, Commerce, Industry and Tourism will have its first reading of the Bill very shortly.

Assuming this proceeds it should find its way to the plenary of the House of Representatives and hopefully be adopted before the summer recess.

Cyprus has faithfully transposed the acquis into Cyprus law but has, as on many other occasions, failed to give effect to it.

Now there is an opportunity to right the wrong and afford the ARR to resales of all works irrespective of their price.

This is not only a recognition to the artists but also a tiny contribution to their small income.

Perhaps Christoforos Savva, to whom this amendment should be dedicated, is Finally On Time.

Coronavirus: Definition of a bar leading to confusion as rules set to relax

Our View: Political parties can’t act responsibly even in times of crisis

Looking for a unicorn start up