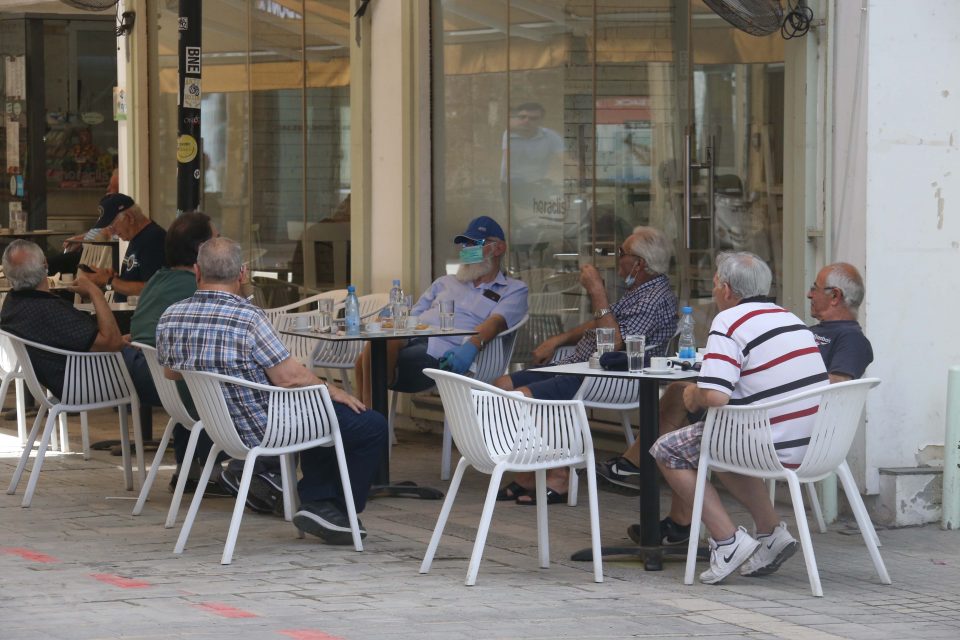 Cafes were among the businesses that reopened on Thursday and those who braved the unseasonably hot afternoon on Ledra Street were greeted with friendly smiles from the waiters – a far cry from the doom and gloom of just a few weeks ago.

And yet, the usually busy city centre was lacking its famed hustle and bustle, but those who were out and about had plenty to say.

“It’s good to be back out. Since you asked me, the people were injected with a dose of fear to remain home but now the government doesn’t want to have to pay for another month so they let us come back out,” a man in his 50s, enjoying a cold Keo, told the Cyprus Mail.

He was sat by a table with two other friends, who were all sceptical of the lockdown to begin with.

“There’s only so long people can sit at home, I’m not a house person,” said another.

The third man, in his 60s, said “let’s just enjoy being out now because who knows, maybe in October or November there’s another wave and another lockdown.”

The jaded bunch were friendly enough though and invited me to sit and have a drink with them.

Whether their views are representative of society as a whole is difficult to say: those who were in favour and adhering strictly to the lockdown are perhaps less likely to be at a cafe as soon as they reopened.

A waiter working at a cafe near the Green Line explained that people were walking around and cautiously assessing the situation.

“There are people but we’re definitely not as busy as usual despite the heat,” said the young Greek waiter.

“People will come and ask where they should sit and even though the tables are spread out they will choose somewhere further away from others,” he said.

The waiter also explained that it’s natural for people to be cautious on the first day. He wondered, however, if the public were being as careful while at the beach.

“It’s definitely not as busy here as it is at the beach,” he said.

It was almost easy to forget that there was an ongoing health crisis.

Children chased each other around, their parents chatted and others played tavli. Not many people were wearing masks or gloves, but a few were and it was a reminder of the context in which the social gatherings were taking place.

There were other signs which also pointed to how the situation has changed: almost all businesses had a little table, or “health stations”, with gloves and hand sanitiser at the entrance.

A five-minute walk from Ledras, near Oxi roundabout, were the busy barber shops.
At one of the shops, an Egyptian barber had placed seats outside – at a distance from each other – for people to wait.

“It’s busy and that’s good, but we are being careful,” he said.

Some of those waiting for their trim knew each other and caught up on the neighbourhood gossip.

Acquaintances walked past and extended their hands for a handshake, only to stop at the last second to do a fist-bump instead.

Coronavirus: crossings to open June 8 for certain groups of TCs, and enclaved (Update 2)

EFL to keep promotion and relegation if season ended early