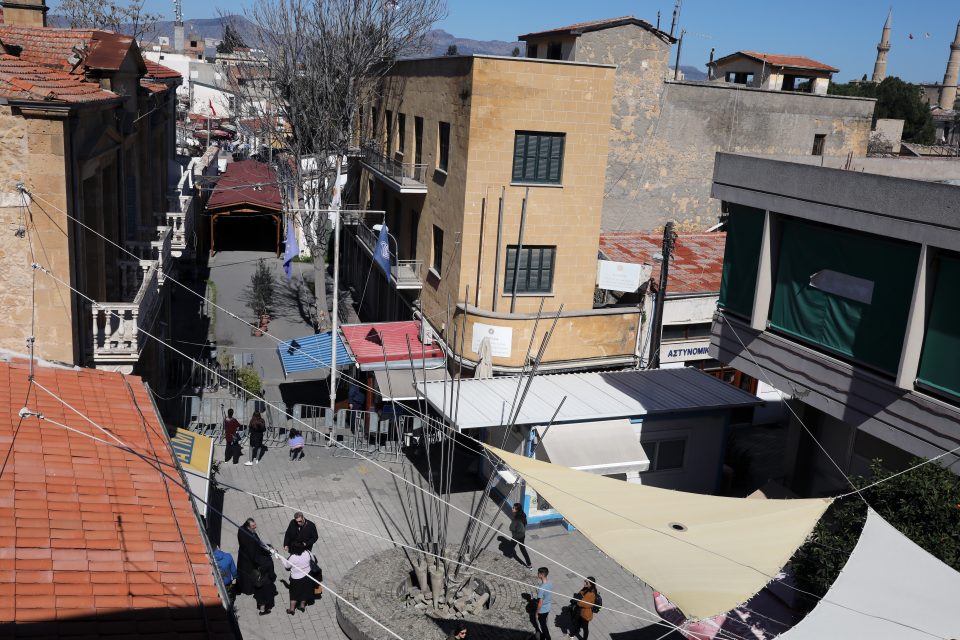 The two leaders on Thursday agreed that as of June 8 some groups of people will be allowed to use the crossings between the two sides.

According to a statement by government spokesman Kyriacos Kousios, President Nicos Anastasiades on Thursday had a telephone conversation with Turkish Cypriot leader Mustafa Akinci on the issue of crossings. Anastasiades briefed Akinci on a decision on the gradual lifting of movement restrictions.

It was agreed, that initially, some groups of people will be allowed to cross from June 8 but only by car.

These concern Turkish Cypriots working or studying in the south or people who undergo treatment at the Bank of Cyprus Oncology Centre, the Institute of Neurology and Genetics and state or private hospitals within the Republic.

The enclaved and Maronites who reside permanently in the north, will also be allowed to cross from June 8.

“It is noted that the movement of Turkish Cypriot pupils will be allowed from the Ledra Palace crossing, from where, through buses, they will be going to their places of study,” the announcement said.

The crossing of people for humanitarian reasons will continue, he said.

“The Cypriot government will regularly conduct random tests on people who will be passing from the crossing points,” Kousios said.

It was also agreed that the bi-communal Technical Committee on Health will convene as soon as possible to exchange views on the gradual opening of crossing points, depending on the epidemiological situation at the time.

Kousios said the telephone conversation was on Anastasiades’ initiative.

Unficyp welcomed the discussion between the two leaders and their decision to ease restrictions at the crossing points.

“We stand ready to assist the sides and the bi-communal Technical Committee on Health on the way forward as the situation allows,” Unficyp spokesperson, Aleem Siddique said.

Later in the day, Greek Cypriot head of the technical committee in question, Leonidas Phylactou, said the committee would meet next week.

Phylactou said he had a telephone conversation on Thursday with the Turkish Cypriot head of the committee and for planning the meeting that will take place next week. He said he also informed his Turkish Cypriot counterpart that experts from the Greek Cypriot side will also attend the meeting on the issue of coronavirus in order to analyse the situation in the south.

Coronavirus: chatting, playing tavli – cafes are back in business