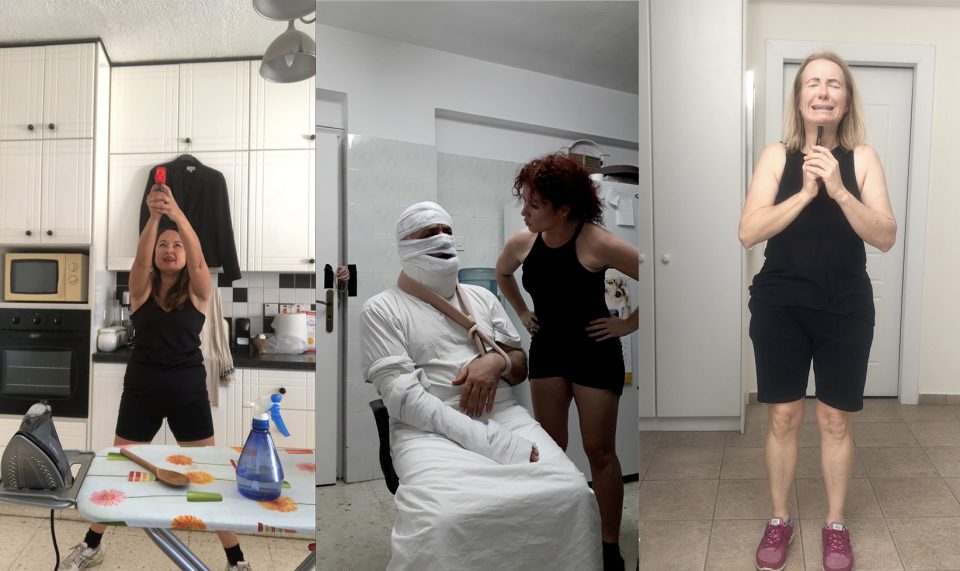 All over the world, cinemas, galleries and theatres have shut their doors: neither the virus nor the measures allowing for the close and prolonged contact required to stage a show or showing. And yet, intrepid artists find a way – pushing the boundaries of performing arts to produce online collaborations, and shared experiences for their audiences.

Cyprus, too, has adapted. And among our artistic innovations comes a production; a show that’s been rehearsed, shot, and produced entirely online, with six different actors taking on the same role from their very own bedrooms, kitchens, and gardens.

With a title and a premise both highly fitting in times of corona, A Woman Alone has a powerful message which concerns “a woman finding the courage to free herself from imprisonment in her own life,” says director Catherine Beger of Little Muse Theatre, who has adapted the play by renowned husband-and-wife playwrights Dario Fo and Franka Rame to these times of social isolation.

“Little Muse Theatre is primarily a children’s theatre, but we also run an improvisation group for women every fortnight. Just before the measures hit, I’d suggested a small performance of A Woman Alone – a text which will resonate with anyone trying to find their own space in a crazy world, and highlights domestic abuse.”

As lockdown kicked in, the group decided to continue meeting online, which was “a catharsis for the cast: in a confined space when we couldn’t open our own doors, this project provided a human connection,” says Catherine. And then, as time passed, the group took the idea a step further. “What if we were to try to actually make the show online?” asks Catherine. “A Woman Alone is a monologue piece, a black comedy I thought would give my group an introduction to preparing for a role. It was ideal for workshopping and improvising even while at a distance…”

Basing their work on the life of the titular character, Sharon, the group set about developing, rehearsing and perfecting the play completely online. “Thanks to the measures, we were all a woman alone,” laughs Catherine. “Okay, most of us have families, but in terms of our creative project, we were operating without any physical contact. The play and our own lives became intertwined.”

With husbands and kids all pitching in from their respective homes, the play became a bit of a passion project – a moment of calm for the actors and their families in a world gone just a little bit mad. “Our partners got quite involved,” laughs Catherine. “They started taking on cameo roles, becoming a hand stuck in a door, or a bandaged patient as the script required!”

Although A Woman Alone is a one-person show, the six actors, working from six different houses and improvising props from whatever was to hand (door chains constructed from dog leads, office chairs transformed into wheelchairs), slowly began to knit together a cohesive performance. Monologues were allocated, the play divided into 24 scenes with four scenes per actor, and a weekly Zoom meeting kept everything on track.

“It’s six women of six nationalities in six locations all playing one role,” Catherine reveals. ‘Locked up in a flat, a solitary woman makes her confession,’ runs the synopsis. ‘Amid domestic chores, dodgy phone calls, a sex-mad brother-in-law and a forever screaming baby she tells us the story of how her love for a young student led to her imprisonment at the hands of her jealous husband. Through farce to tragedy, her story propels the audience to its shocking climax.’

“It ends with the woman pointing a gun at the front door waiting for her husband to return home,” says Catherine. “It’s a symbol of drastic change, and all part of the very strong message of female empowerment in the face of domestic abuse – the choices women have to make when in a controlling relationship. Stuck between a toddler, an abusive husband, a perverted brother-in-law, a stalker, and a blackmailing boyfriend, Sharon is in the simplest of terms an oppressed woman. She describes the various facets of her trauma in the form of gossip, storytelling and comedy in what is a touching, funny and often heart-breaking piece of drama.” 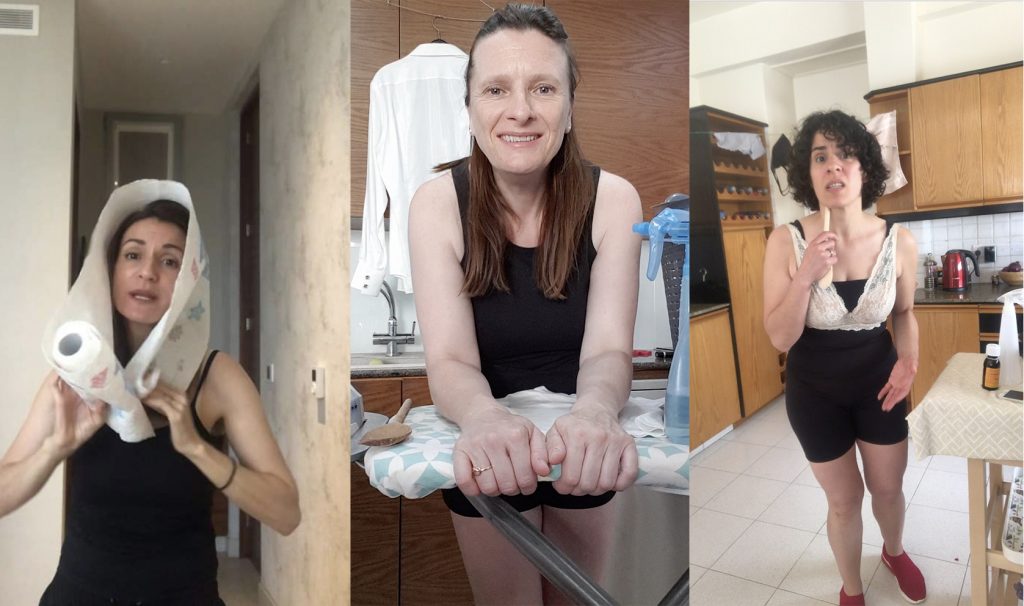 It’s a story, suggests Catherine, that’s equalled in intensity by the journey of the actors themselves. “I think we all feel that what we’ve achieved is just as much a part of the story as is the main character,” she muses. “Only two members of the group had ever had any theatrical experience; for the others, taking direction, learning lines, improvising a character, developing comic timing were all a first – completed in secret pockets of time amidst the chaos of home schooling, running businesses, cooking meals and the general lack of space and privacy that Covid-19 has created.”

Shot entirely on mobile phones, the play is a triumph of technology over isolation. “We’re not tech savvy,” says Catherine, “but fortunately one of our actors has a background in computers, and kept us all on track. All the women sent their videos to me, I critiqued them in notes, and we spoke on WhatsApp about any details.”

Currently undergoing editing, the final production is set to launch at The Tree of Life Centre in Larnaca over summer, and online by mid-June (free, and viewable by all): a project whose uniqueness has been necessitated by the changing times.

“It’s been a huge challenge in terms of direction, as there’s no actual living, breathing body in front of me,” Catherine concludes. “But then theatre has always been about pushing the bounds of the possible – and that’s just what we’re doing! The artistic concept of making this without ever being together is huge, and the greater message of crossing all boundaries has become a motivator for the entire cast. It’s a very unique project and, in this time of crisis, I think what the cast has managed to achieve is amazing,” Catherine concludes. “It shows that creativity overrides all obstacles. And that’s when the magic really happens.”

For more information on when and where you can view A Woman Alone, call 96 216435