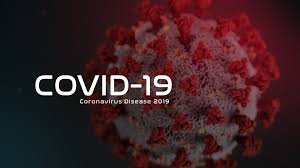 Four new coronavirus cases were detected on Friday, while experts called for strict adherence to health protocols a day after the gradual relaxation of measures against Covid-19.

Among the four new cases that came from the results of 1,970 tests, two concerned restaurant staff tested before businesses started operating. One case was among lab tests carried in state hospitals, and one from schools, a pupil.

The education ministry said later the school had already been disinfected and will operate normally from Monday.

In total 927 cases were recorded so far.

Four patients are at the Nicosia general hospital’s intensive care unit, two of them on ventilators.

The two experts who daily announce the latest results called for caution a day after all movement restrictions were lifted.

“The activation of the gradual lifting of bans creates a new state of affairs which demands strict adherence to hygiene protocols,” Professor Leontios Kostrikis said.

Dr Marios Loizou, pointed out that as the country moved on to the second round of lifting of measures on Thursday, “the need to maintain the necessary distances and avoid overcrowding is crucial.”

“We need to be very careful not to let the excitement get in the way,” he said, adding that the image presented on Thursday, especially in restaurants, was not ideal.

Loizou said it was the responsibility of those in charge of these areas to ensure that the health and safety measures are followed. “But it is also the absolute responsibility of each and every one of us to take care to protect ourselves and those around us.”

He said keeping distance between the tables was not much use if people moved between them and talk to each other without a mask. “This is why the staff of these places must use a mask, precisely because they move between people,” he said.

He added that one person in such places was enough, if the rules were not followed, to start a transmission chain.

“So let’s think about what we’ve achieved. It is a pity for our efforts to be wasted,” Loizou said. He recalled that people need to keep distances between them, wear a mask properly where it is needed and be constantly alert. “We stay safe, we stay healthy,” he said.

Coronavirus: Cyprus has tested 12 per cent of the population

Hopefully the above information has clarified things for you. As it was previously mentioned, if you are not sure whether you want to allow the cookies or not, it is usually safer to leave cookies enabled in case it interacts with one of the features you use on our site. However, if you are still looking for more information, then feel free to contact us via email at [email protected]mail.com