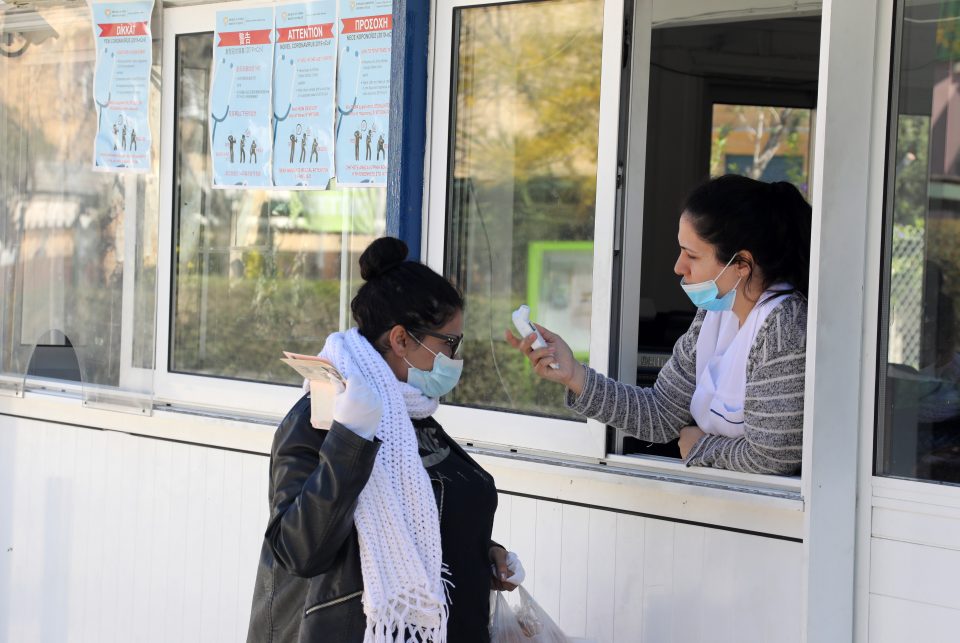 Those eligible to cross the checkpoints set to reopen on June 8 must have a certificate that they have tested negative for the coronavirus, it was announced on Friday.

The test must be taken up to three days maximum before the crossing.

According to Humanitarian Affairs Commissioner, Photis Photiou, in addition to the enclaved, those who resettled in the north are also entitled to pass through crossing points.

On Thursday, following a phone conversation between President Nicos Anastasiades and Turkish Cypriot leader Mustafa Akinci it was announced that some restrictions on movement between the two sides would be lifted.

To begin with, specific groups of people will be allowed to cross from June 8 but only using a car. The groups include Turkish Cypriots working or studying in the south of the island or people who undergo treatment at the Bank of Cyprus Oncology Centre, the Institute of Neurology and Genetics and state or private hospitals within the Republic.

Turkish Cypriot leader Mustafa Akinci was quoted in Yeni Duzen as saying neither the ‘government’ nor opposition parties had any issues with the decision and the matter was also discussed with the UN Secretary-General’s special representative in Cyprus, the press and information office said.

The enclaved and Maronites who reside permanently in the north, will also be allowed to cross, as well as those who resettled in the north.

“It is noted that the movement of Turkish Cypriot pupils will be allowed from the Ledra Palace crossing, from where, through buses, they will be going to their places of study,” the announcement said.

For coordination purposes, those interested are asked to call the office of the presidential commissioner at 22 400 102 or 22 400 108.

The decision however was met with dismay by Tylliria residents who said in an announcement that the government’s decision made no mention of the checkpoints that people living there use to cross.

Namely, the checkpoints which best serve Tylliria residents are Limnitis, Zodias and Lefkas, though there was no explicit mention of these checkpoints in the government announcement regarding reopening checkpoints.

In announcement signed by Nikos Kleanthous, spokesman for Kato and Pano Pyrgos, Pigenion and Mosfiliou, it charged that while Turkish Cypriots are helped to gain access to medical facilities in government controlled areas “we cancel our appointments, examinations and treatments on a daily basis due to the trouble caused with the distance we have to travel,” the residents said.

Meanwhile, Turkish Cypriots are will now be able to travel to the south for work, while Tylliria residents have been forced to quit from their Nicosia-based jobs, due to the fact that checkpoints were closed, the announcement said.

Agricultural products are also in limbo as the cost of using alternative checkpoints is a deterrent, causing a shortage of supply from shops that would sell their produce.

It called on the government to reopen the checkpoints and place pressure on opening the Kokkina crossing.

The announcement suggested if their calls were not heeded they would examine extra measures they could take as a reaction.

Yearly lockdown would be good for the planet, says Tsitsipas

Glimmers of hope as EU emerges from lockdown