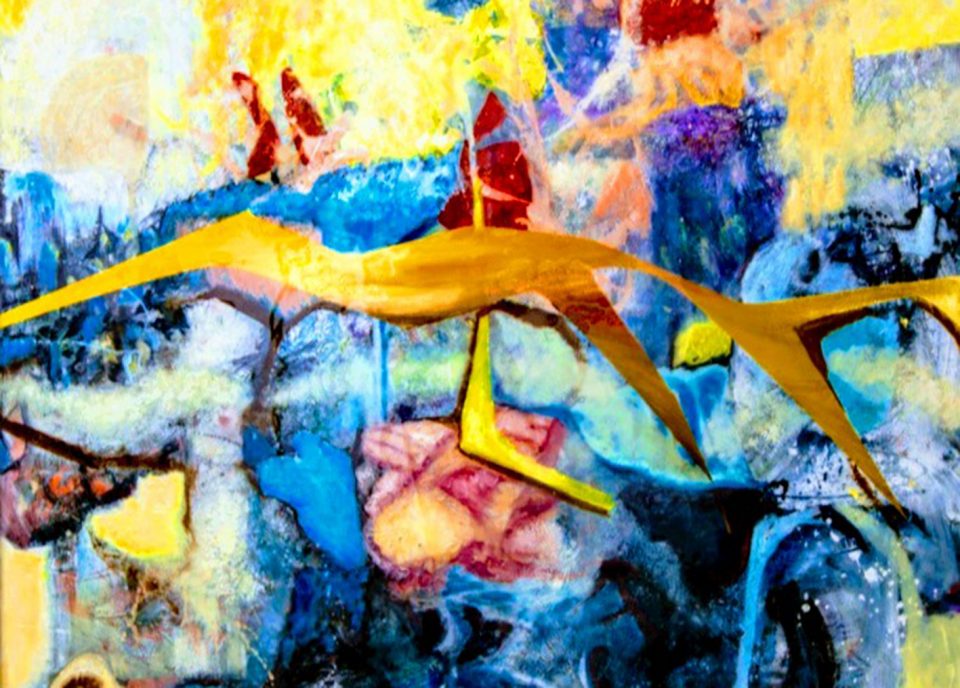 “Art for me is a way of life,” says Florin Coman, a Larnaca-based artist who’s hoping to leave his mark in the art world. Having left Ceausescu’s Romania for a brighter future, he ventured to Greece where his artistic journey began. His studies brought him to Cyprus, a place he now calls home.

At 37, Florin’s life seems to finally be in order. He sculpts, does woodwork, creates ceramics and spends his days painting in his art studio FC Elementary Arts, which doubles as an art school. Portrait commissions and large-scale oil paintings are currently on his agenda.

Born in the small Romanian city of Focsani with an iron welder father, a home-maker mother and a younger sister, Florin led a simple life. As normal as Ceausescu’s communist regime of the 80s allowed. At 17, he decided to seek a better life for himself and hitchhiked to Greece with some friends.

“The country suffered enormously,” he said about Romania. “There was great poverty and hard times. The education system was state-controlled. There were few opportunities or hopes for the future. I dropped out of school when I was 16 and drifted around a bit.”

Once in Athens, he worked in various odd jobs and began learning Greek – now he is fluent. It was a meeting with Greek painter and art professor Panayiotis Tetsis that inspired Florin to pursue a career in art. He studied under his tutelage but having not finished high school, enrolling into university was a challenge.

So, he came to Cyprus to attend the Vergina night college in Larnaca while working to finish his diploma before completing a one-year art foundation course at the Cyprus College of Art – Cornaro Institute in Larnaca. From then on it was all studying, learning and creating. 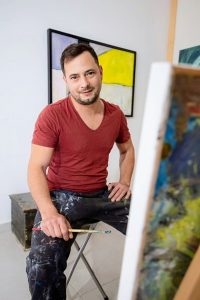 He continued to work under the guidance of artists and finished a BA in Fine Arts before opening his art studio in 2019. Now, creating art is Florin’s way of self-expression, painting semi-abstract and non-representational pieces.

“My works do not look like photographs or copies of reality. They are influenced by Expressionism,” he said. As such, his work reflects what he feels in the moment. Figurative, imaginative, abstract, contemplative, personal, thought-provoking, narrative and spiritual is how he describes his pieces, and that also reflects his creative process.

When producing art, Florin said he feels like he is in another world, going through a range of emotions, at times difficult and other times of joy. “For me, art is addictive, all-encompassing,” he said.

“I need to do it. When I begin a new piece, I might start with a sketch but I never know exactly how it’s going to turn out, so I start with feelings of uncertainty and enquiry. When I finish a piece, I might feel a ‘Wow!’, sometimes I might think it needs a rest and I’ll come back to it later. It’s always a process of discovery.” There is never a formula or a fixed course, he says in the unpredictable world that is creativity.

That mindset is something he also brings to his art classes, encouraging his students (both children and adults) to discover their individual style rather than focusing on classic techniques. “I am not interested in draughtsmanship. Students decide for themselves which medium they are most interested in, from charcoal sketching to ceramics, to watercolours, acrylic painting and oil painting or whatever they want.”

At Florin’s small but relaxing art space, he teaches many art forms and techniques as he aims to cultivate his students’ minds but as a painter himself, he admits that most of his classes involve painting.

When he’s not working on a commission, he paints for himself, building his portfolio. Currently, he is creating several large oil paintings with traces of influences from British figurative painter Francis Bacon. He publishes his updates on his social media accounts (@florincomanart) and is planning an exhibition with participating Larnaca artists at his studio this coming June, Covid-19 measures allowing.

This won’t be his first exhibition. He’s had five solo showcases in the past in Larnaca and Athens, as well as taking part in a dozen group exhibitions, the latest being in December of 2019.

Find him through his website www.florincomanart.com, email [email protected] or Tel: 96-605226

News podcast: Head of the Forestry Department explains what we can do to help prevent more fires