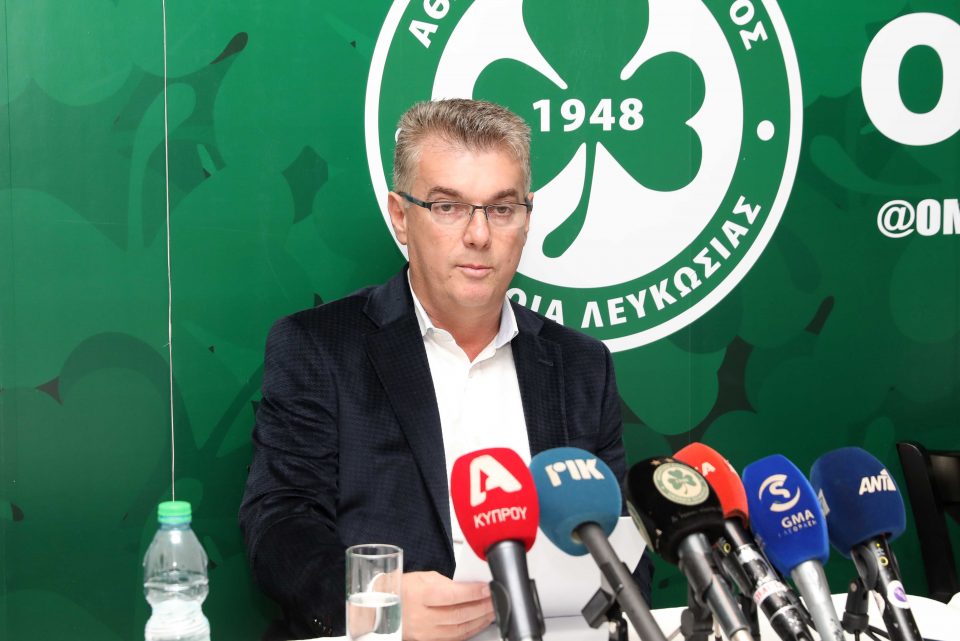 Omonia president Stavros Papastavrou has expressed his dissatisfaction with how things turned out.

Omonia football club president Stavros Papastavrou has spoken out on a wide range of issues, including the cancellation of the season, Anorthosis’ protests and potential legal challenges, the increase of first division clubs for next season, Omonia’s budget, as well as the club’s plans for a revamping of their facilities.

On the cancellation of the season, Papastavrou said that Omonia did not want nor seek this outcome, expressing outright dissatisfaction with how things turned out.

“We are not happy with this. We feel like we had the best team and that we would have been champions if the season was allowed to be completed”, he said.

“The day our stance changed was the day we met with the government at the presidential palace. When the government’s epidemiological team rejected the CFA’s proposed safety protocol we knew that we could not properly prepare to restart the league. Players needed eight weeks of training to get back to match fitness”, Papastavrou added.

Papastavrou also commented on Omonia’s request to be crowned champions, rather than just be granted the Champions League qualification spot that would normally come with finishing first.

“We’ve asked for that from the CFA. We’re monitoring what other European leagues are doing. If they cancel their seasons and crown teams in first position champions then why not us?” Papastavrou asked.

He also expressed some sympathy with Anorthosis, who are considering legal avenues in case this happens. Omonia on their part feel like a big enough portion of the season has been played in which adequate merit has been exhibited for them to be crowned champions.

“Sometimes football is all about circumstance and luck. I understand where they’re coming from”, the Omonia president said.

On the increase in first division teams for next season, Papastavrou said that it was the only way so as to not inflict any unjust damage on the affected clubs at the bottom of the table. “We didn’t’ want an increase, 12 teams are more than enough. However, for one season at least, we did not want to mistreat any club”, he said.

On next season’s budget, the Omonia president said that the coronavirus outbreak has made the situation difficult. “We will try to keep the team where it is at the moment. We want any transfers to elevate the team and to keep the players we want to keep. We will not go overboard. Most of our current players will still be at the club next season.”

As for their desire to build a new stadium, Papastavrou threw the ball back at the Bank of Cyprus. “We have been waiting for them for a year and they’ve yet to respond”, he said.

“We are now close to getting approval for the renovation of our training centre. It will be rebuilt from the ground up. We will meet with the Cyprus Sports Organisation for the sponsorship. We will build a modern training centre which will also house the club’s offices as well”, Papastavrou concluded.