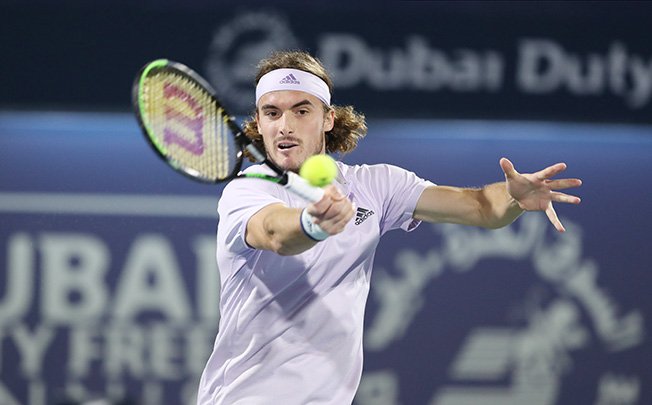 With professional tennis unlikely to return before early August, at the earliest, Greek world number six Stefanos Tsitsipas says the hardest thing has been training without an end goal

The coronavirus pandemic has stalled young Greek Stefanos Tsitsipas’ burgeoning career but he remains philosophical about the current tennis shutdown.

The world number six would have been preparing for the French Open that was originally scheduled to start this weekend but was postponed to September.

While he is missing life on Tour, Tsitsipas believes the lockdown has given the planet a breath.

“I actually think they should put us in lockdown once a year – it’s good for nature, it’s good for our planet,” Tsitsipas said in an Instagram Live conversation for At Home With Babsi on Eurosport’s Instagram page.

“I think it will be environmentally very beneficial. Life is such a hustle, and you never get the time to spend with your family and connect with them.

“Now it’s an opportunity to do so. It takes me back to when I was a young kid and I didn’t travel so much then.”

With professional tennis unlikely to return before early August, at the earliest, Tsitsipas says the hardest thing has been training without an end goal.

“I practise every day, of course I don’t put 100 per cent in but at the same time I’m planning on gradually getting better,” the 21-year-old said.

“It’s a process, it’s tricky – you have so much time in front of you and you don’t know when things are going to get back to normal. Right now, I am taking it easy, I’m not pushing myself to the limit and I’m not resting.
“There is a good contrast in between the two.”

It was at last year’s French Open that Tsitsipas was tipped to make his Grand Slam breakthrough but lost out in an epic battle with former champion Stan Wawrinka in the last 16.

Tsitsipas said that defeat still plays on his mind.
“I felt heartbroken. It was difficult one to get over and I felt I was really close,” he said.
Tsitsipas admired American great Pete Sampras, who also had Greek parentage.

“Pete Sampras was one of my idols. My dad used to watch all of his matches and he was a big fan,” he said.

“I got to meet him at Indian Wells a few years ago which was an astonishing experience. His game style was unique, amazing serve and volley game and he also has a Greek heritage of course.
“He was a great athlete and the guy I believe revolutionised the one-handed backhand.”

Coronavirus: Staff at main hospital were ‘anxious, lonely and afraid’

Coronavirus: people crossing from the north must have certificate of negative Covid test (Updated)