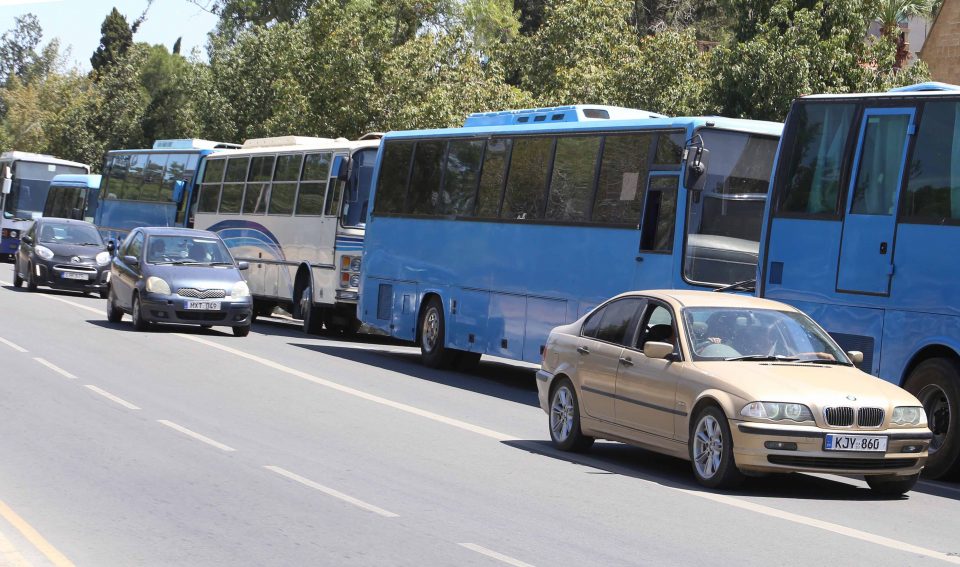 Larnaca bus company Zenon staged a protest outside the presidential palace on Friday against the new tender for the town’s public transport.

Bus drivers parked their buses outside the palace in Nicosia, where they stayed until 1pm to protest the new public system for 2020-2030.

They asked for a meeting with President Nicos Anastasiades to submit the signed petition requesting the cancellation of the successful tender.

The company launched a protest on Monday, by parking their buses along Phinikoudes in Larnaca.

According to their announcement, the transport ministry’s ruling, giving the town’s public transport to another company was ‘unjust’ and ‘unlawful’.

Last month the company called on the government to cancel the tender procedure for the new public transport contract for the town citing irregularities in the applications of the successful tender.

The company said that the successful tender, MLKP consortium, had prepared and submitted the required business plan for the transfer and implementation of the contract on its own and not via an experienced auditing firm and an independent approved auditor, as per the terms of the tender, so the whole procedure must be considered void.

Announcing their strike, the company demanded the attorney-general look into the conditions under which MKLP gained its contract and potential manipulation by members of his office.

They also called on the auditor-general to examine how his office was excluded from a public tender, costing taxpayers €1.2 billion.

The company demanded the transport minister ‘immediately cancels’ the signing of the contract with MKLP.