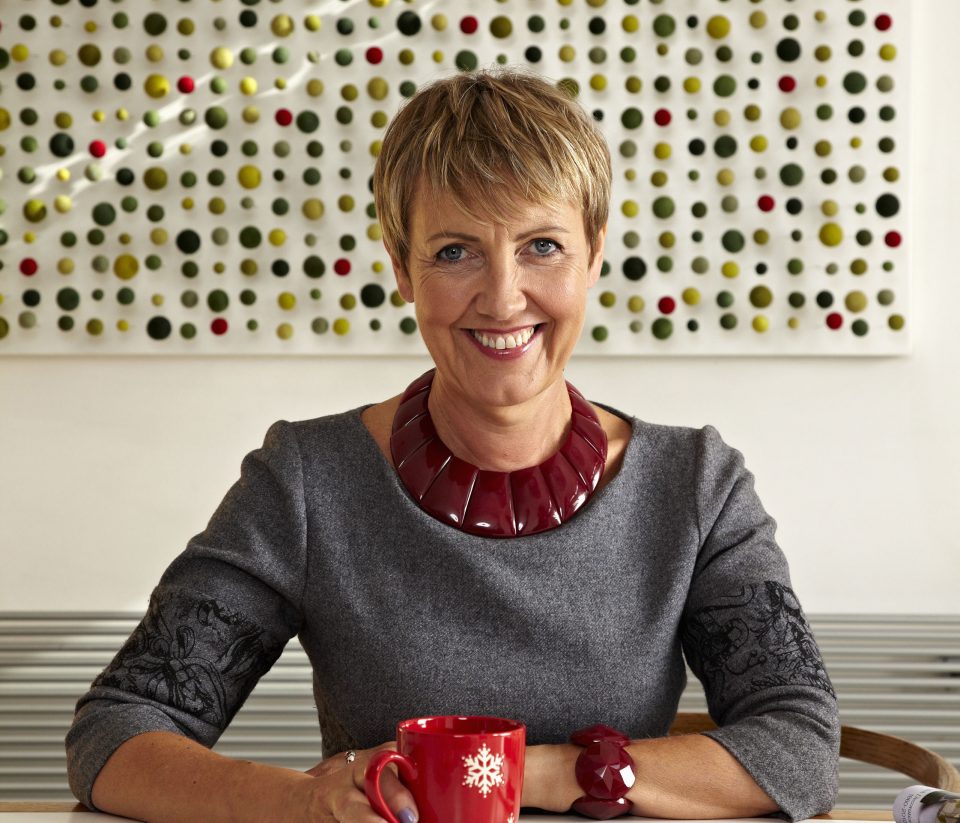 Yoga, counting her blessings and being holed up with her new boyfriend have all helped Aggie MacKenzie find positives in lockdown

TV’s ‘Queen of Clean’ Aggie MacKenzie has reason to be grateful for lockdown – it’s had a positive effect on her love life.

“My fairly new boyfriend was at my house for dinner on the night lockdown was announced. I looked at him and said, ‘If we’re going to be in lockdown I’d like to be locked-down with you’,” confides the presenter, who found fame on Channel 4’s How Clean Is Your House? back in the early-Noughties.

“It was so sweet because he literally did a little dance around his chair and said, ‘I feel the same – that sounds great’,” she says in her familiar Scottish burr (MacKenzie was born in Aviemore in the Scottish Highlands).

“It’s fast-forwarded the relationship between us and made us realise we’re in this for the long haul,” she adds. “Spending so much more time together than we would normally has made us both realise how well we get on. Every time the lockdown’s extended, we both look at each other and go, ‘Yesss!’, because we’re actually enjoying this rather strange period together.”

MacKenzie, who combines her TV and writing career with teaching yoga, and is giving free online yoga classes right now, reveals a chance meeting led to their getting together back in July 2019.

Amicably divorced from her husband in 2010, with whom she has two sons, she met a woman at a dinner party who told her about her family, including her divorced brother, Fin.

“Fin sounded somehow familiar and it suddenly clicked that in the Seventies, I’d once worked as his secretary when he was press officer at a charity. He was a lovely boss with a great sense of humour, who was very self-effacing and respectful. That was 42 years ago and I hadn’t seen him since, but his sister linked us up for a reunion,” MacKenzie, 64, recalls.

“He was just as lovely, funny and clever as I remembered from all those years ago and we hit it off straight away. I’d never given up on finding someone special to share my life with and it just felt right.”

She’s uncertain whether they’ll completely move in together. “I still regard my home as very much ‘my place’. Also, we’re very different- he’s a kind of borderline hoarder and rather messy and, as you can imagine, I’m not! Despite that, we’re very good together,” she says.

And the woman who used to head up the Good Housekeeping Institute and has carved a career out of her encyclopaedic knowledge of household cleaning – “I was brought up by a mother who was a cleaning obsessive” – has even become tolerant of some of her partner’s messy habits.

“After he’s washed his hands, the basin looks as though a coal merchant’s been in and he can’t make a pot of coffee without spilt coffee grounds, but I just clear and tell myself: ‘Don’t worry about it, Aggs!’,” she says indulgently.

“Many men develop a ‘dirt blindness’ and mainly I blame their mothers for allowing that to happen,” adds MacKenzie, who recently appeared on Channel 5’s How To Deep Clean Your House.

“It can cause a lot of stress between couples, but I think the lockdown could be an ideal time for couples to talk about the issue and get the balance right about how they share chores. It’s obviously especially important at the moment, to ensure your home is as clean as possible.

“It’s not fair for women to expect men to read their minds about what they want them to do around the house, and feel resentful when they can’t. You need to talk about it and work out a strategy so you both feel happy.”

MacKenzie, it emerges, has gained deep understanding of her emotions after six years of therapy, which she undertook partly because of her tricky relationship with Kim Woodburn, her co-star on How Clean Is Your House. It’s been previously documented that the pair had difficulties while working together and haven’t spoken off-camera since 2007.

“I went into therapy around 2005 when my marriage was breaking up, but it emerged that my relationship with Kim was much more troubling for me,” she explains.

She’s philosophical now about their rift, which she believes is unlikely ever to be repaired.

“I know I couldn’t have done more to make it work. Occasionally, I’ll have a dream where we hug and I feel I can put it all behind me, but the reality is I can’t ever see it happening. It was a very bruising experience.”

Nowadays, yoga is integral to MacKenzie’s wellbeing. She’s practised it since she was 50 and qualified to teach four years ago, following a tough training course where she studied anatomy, physiology, meditation and Sanskrit.

“Yoga’s made me fitter, stronger and more flexible, and also I believe it’s made me slightly calmer and more forgiving – although perhaps you should check out with my sons whether they agree with that,” she says, laughing.

“I’m loving sharing yoga with people during lockdown and hope I can help people enjoy it and realise its many benefits. I want anyone on any level who takes my class to feel they’ve achieved something.”

Her own inner calm was sorely tested earlier this year, when she discovered a new house she’d bought three years ago was so riddled with faults it had to be partially rebuilt.

“It was a horrible shock to discover my dream home was literally a nightmare,” she says ruefully. “For a while, I didn’t even know if I could claim on insurance – that claim alone was around £140,000 and I had to fund thousands of pounds of extra costs on top. The house literally had to be ripped apart and rebuilt in places, and I had to move out for four months.”

She recently moved back, and says: “Although it was stressful, remarkably I sort of breezed through it all. I kept reminding myself of all the things that were right in my life – my health and my family and telling myself I’d come out the other end and be OK – and here I am.”

Now settled, she’s celebrating the fact she feels “everything has fallen into place for me. I have a lovely relationship, two wonderful sons, a fantastic family and friends and enough work to keep me interested and provided for. What more could I ask for?

“Over the years, I’ve learnt to be appreciative and grateful. You realise as you get older, there’s more behind you than there is in front of you, and you simply have to cherish the moment and enjoy it,” says a clearly contented MacKenzie.