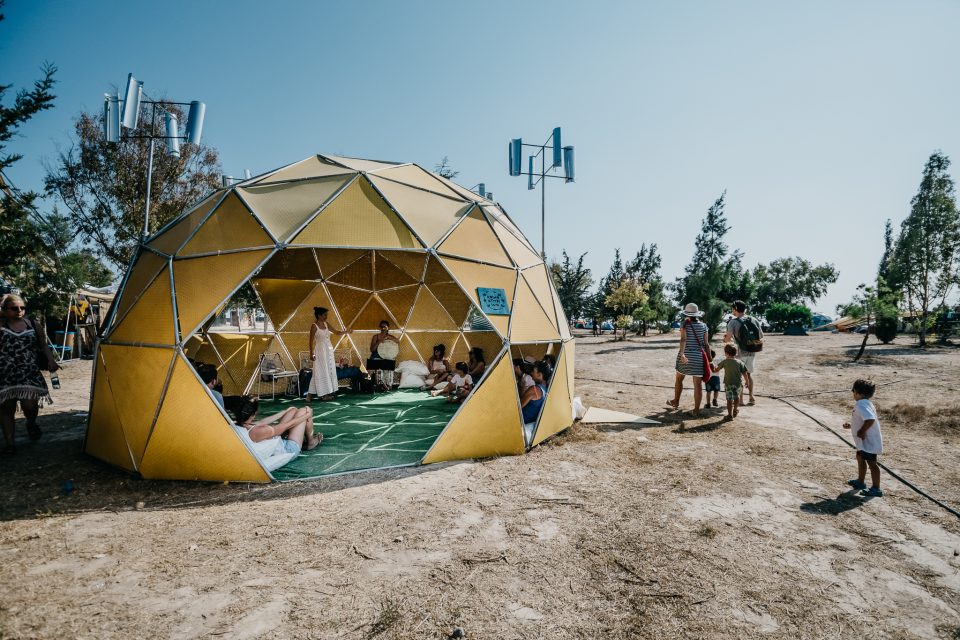 It is usually possible to plan ahead for a summer cultural agenda come May. Given the pandemic and the restrictions that have followed, the plans of some annual events are still up in the air while others have been cancelled and some pledged to go ahead.

Even though the final regulations covering large events and the measures under which they will be allowed to take place won’t be finalised until mid-July, some of the island’s hottest festivals already have a plan.

One of the biggest music festivals in Cyprus that would be celebrating its 10th anniversary this year announced in early May that they won’t be holding a festival in 2020. Taking into consideration the safety and wellbeing of sound, light and stage designers and technicians, artists, crew members, bartenders and food vendors, the village’s inhabitants and the audience, a difficult decision was taken.

“In an ideal situation, we would have already been announcing our biggest lineup ever celebrating our 10th anniversary, but with the huge amount of uncertainty regarding large international events in Europe this summer, we are unable to halt pre-production any longer. We certainly don’t want to compromise the quality of everything that the festival provides during our three days in the village,” they said. Festival goes will have to look forward to the next edition instead, set for July 29-31, 2021.

The Fengaros Music Village will however take place, in Kato Drys (July 23-28).

In late May Aglandja Municipality announced that their famed AglanJazz Festival would not go ahead this year. What was first moved to July 8 and 9, will now take place on September 15-16 with the participation of only Cypriot musicians and ensembles.

The lack of international musicians isn’t the only difference in this year’s jazz festival. Three locations will make up the two-day event this summer instead of one, in the two squares of old Angladjia and at Skali. Other details have not been released yet.

Originally, this annual documentary festival was going to take place in the first week of August, just like every year, however, the organisers have recently changed the dates. September 16 to 23 is now when the festival will take place at its usual venue, Lanitis Carob Mill, with some changes made to the space to adhere to the measures. Fewer seats will be placed in the screening rooms, but organiser Yiangos Yiangou said they will be ready to announce more details of the festival in June.

This interactive music festival packing in workshops during the day and performances in the evening recently announced that the 7th edition of the festival is currently on hold. The organisers have posted on the festival’s official Facebook page that they are following the virus’ updates carefully and the restrictions for events and are taking into consideration the health and safety of festival-goers, village residents and crew members.

“Though time is running out and this complicates the production of the event, the Windcraft team will announce at the end of May whether the festival will take place on the dates initially announced – August 7 and 8 – or if the event will be postponed,” organisers had said.

As of May 24, Windcraft Music Fest 7 is now on hold as the team awaits further governmental announcements. “Always in line with the developments of the pandemic in Cyprus and in the world, the next Windcraft Music Fest will take place as soon as possible – summer or winter, in the city or in the village – and it will be as magical as the previous ones.”

Amid all the cancellations and uncertainty, the team at Afrobanana has recently announced the festival will be held at the same locations as last year. In 2019 they left their usual spot of Kornos for Val’s Place in Gialia, Paphos.

This August 13-16, Afrobanana will take place with the addition of creative costumes for people to wear in an attempt to playfully adhere to the social distancing measures.

“In the hopes of giving our beautiful community something to look forward to, the AfroBanana team refuses to give up just yet. Instead, we’re committing to doing everything we can to bring you a creatively adapted version of our experiential and immersive music and arts festival this summer,” the organisers commented.

Under normal circumstances, the Bank of Cyprus Cultural Foundation would have announced an open call by May for artists wanting to participate in their annual festival. This year, with the complications the pandemic has brought, plans for the festival have halted. Organisers told the Cyprus Mail they are unsure about how to continue or how the festival would actually play out.

Although in an open-air theatre, fewer seats would have to be arranged. It’s not just the organisers who are ambiguous about how to proceed, but the artists as well. If the foundation does decide to go ahead it will likely only be in September as August usually only includes cinema screenings. “We will have to wait and see and return in 2021 with a full packed programme,” they said.

Other festivals to have cancelled their 2020 editions also include the Xarkis Festival and the Ancient Greek Drama Festival.