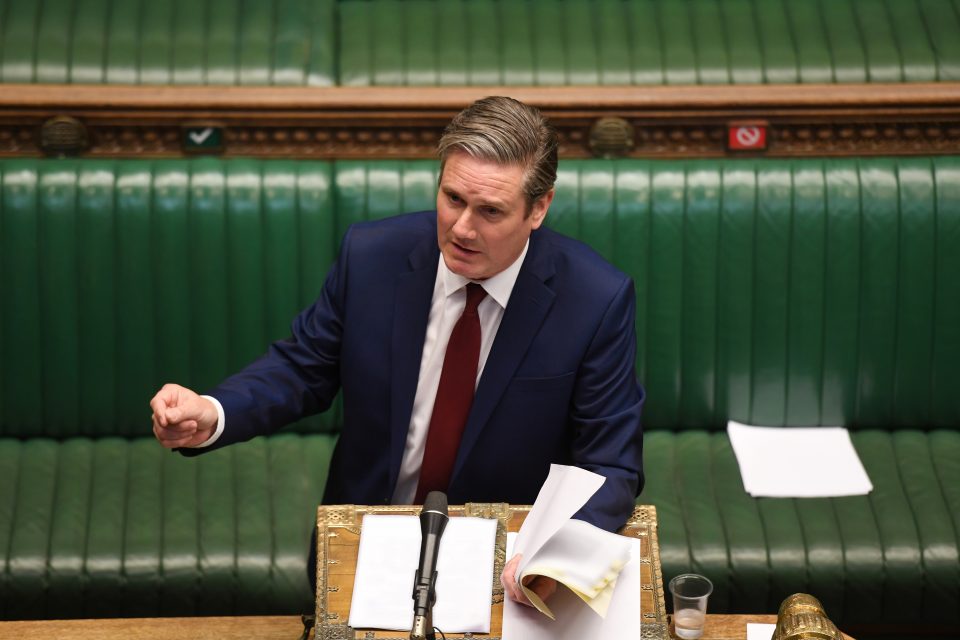 A few months ago Alistair Campbell, Tony Blair’s director of communications, now an author and political pundit, advised Johnson to smarten up his appearance.

Johnson has always looked a bit of a slob but now he will be contrasted with the sleek Sir Keir Starmer, the new Labour leader, and Johnson will be shown up to be as untidy in his appearance as he is in his performance as prime minister.

The Tories will soon realise the huge blunder they made choosing as their leader someone who looks as though he has just gotten out of bed without doing his ablutions or brushing his hair.

In time they will regret they did not vote for the smart looking former foreign minister, Jeremy Hunt, as leader and prime minister. I have little doubt Hunt would have seen the threat from coronavirus much earlier and dealt with it a lot more effectively.

He had been minister of health for six years and with a Chinese wife the chances are he would have been acutely aware of the pandemic’s catastrophic potential and taken comprehensive precautions to limit its spread in Britain.

Instead we ended up with the most farcical prime minister imaginable to deal with a public health crisis. And the farce continues unabated.

Take prime minister’s questions last week. Johnson’s hair looked even more dishevelled than usual as he faced forensic questioning from Sir Keir on the health surcharge on migrant workers outside the EU – imposed on migrant health workers of all people!

Johnson defended the government’s mean-spirited policy mouthing inanities, only to make a U-turn the next day via his equally mendacious minister of health.

Sir Keir is Johnson’s diametric opposite. He is tidy and well-groomed and masters his brief like every good barrister; and uses his forensic skills on Johnson to devastating effect. He asks the right questions in the right order and makes Johnson look and sound a cretin as he waffles his way out of the impossible corners into which he is driven.

Like most barristers Sir Keir acquired the art of cross examination observing others do it – people like Michael Mansfield QC, one of the best at the English Bar.

I co-defended once with Sir Keir in the well-known Iraqi hijacking case many years before he became Director of Public Prosecutions. He was led by Michael Mansfield and we were prosecuted by David Calvert-Smith QC, one of the most skilful prosecutors of his day, who became DPP himself before Sir Keir.

Calvert-Smith and I spoke in Greek during the trial just to annoy the others. He speaks impeccable Greek – like a kalamaras – and told me in jest that when in Greece he also drives and swears like a kalamaras.

Like Calvert-Smith many barristers are gifted outside the law.  One of the joys of practice at the Bar in England is to discover that apart from being a barrister so and so is a concert pianist, a linguist, a medieval historian, a novelist and even an SAS commander – I could go on but enough of name-dropping and singing the praises of barristers.

The Iraqi hijackers’ defence was duress of circumstances, which is an ill-defined defence to all crimes apart from murder – this was before 9/11 so our defence was not as wild as it seems.  They had escaped to Sudan after rebelling against Saddam Hussain following the first Gulf war when Shia Muslims were encouraged by the US to rise and overthrow Saddam Hussein. They had been traced to Sudan by Saddam’s agents who were closing in on them in Khartoum. So they hatched a plan to hijack an airliner to flee Saddam’s agents.

On August 27, 1996 they boarded a plane bound for Jordan intending to hijack it and come to England – Jordan was not a safe third country for them. After taking control of the airliner they ordered the captain to refuel in Cyprus and head for London.

The judge was not impressed with our defence. He ruled that the threat to the defendants’ lives in the Sudan was not immediate enough to excuse the hijacking of an airliner. So we had to withdraw. Barristers cannot defend defendants if a judge rules their clients have no defence in law.

However, one of the strengths of trial by jury in England is that it is the jury not the judge who decides if defendants are guilty or not. The defendants are allowed to try and persuade the jury to acquit them even though they have no defence.

Juries are told by the judge they have to follow his directions on the law and they usually do, but there is no sanction if they do not. So, on rare occasions, juries have been known to acquit if, for example, they don’t like a particular law – a bulwark against bad laws.

So the hijackers gave evidence and made their speeches and the judge summed up the case to the jury. He told them that the threat to their lives in the Sudan was not immediate so the defence of duress of circumstances was not available to the defendants.

In the event, the jury returned verdicts of guilty but recommended leniency as they accepted the hijackers were fleeing persecution from Saddam Hussein’s agents. The judge took the jury’s recommendation into account but imposed heavy custodial sentences.

We appealed against conviction, primarily on the ground that the judge should not have withdrawn the defence of duress of circumstances from the jury. He should have let the jury decide whether hijacking the airliner was proximate. The Court of Appeal agreed and allowed their appeals.

I fell out with Sir Keir over tactics during the trial but only momentarily. I now rejoice every time he asks a pointed question of the prime minister. The Labour Party could not have chosen a better leader to call Johnson to account for his mendacity.

Everyone must work together for a successful recovery

Building the future we owe our children