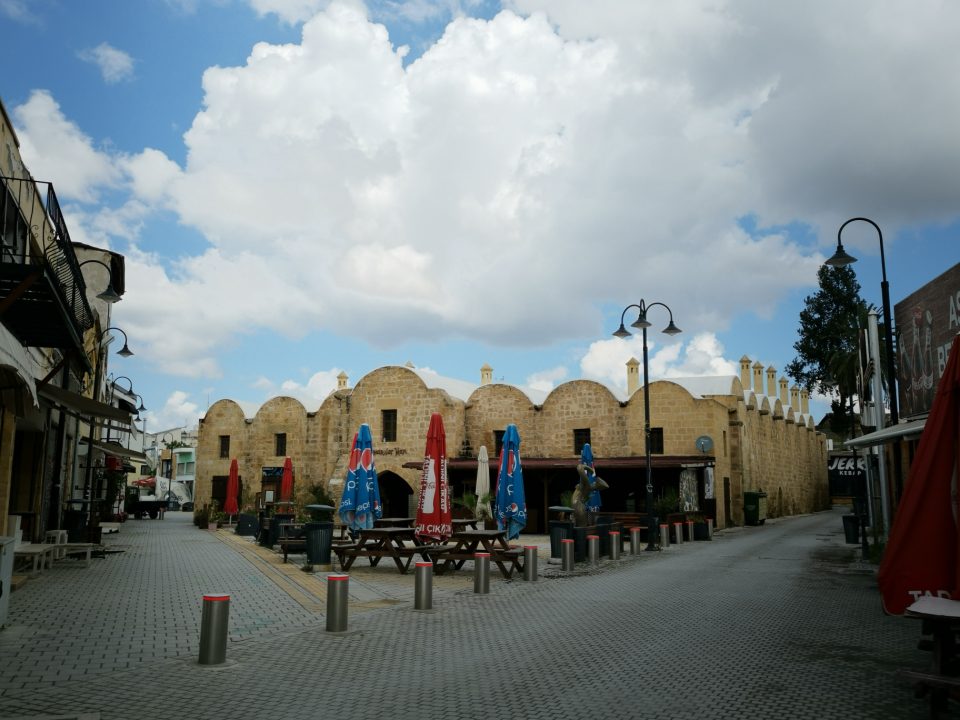 A deserted Buyuk Khan in northern Nicosia during the lockdown.j

The sealing shut of crossing points to the north at the beginning of the corona crisis just over two months ago appeared to seal the fate of those living the other side of the Green Line. With its woefully inadequate health services it was hard not to imagine hospitals of the breakaway state being rapidly overrun.

But two months later, having had no new cases for over a month and only four deaths, and having discharged their last Covid-19 patient on May 11, the north’s authorities were this week tentatively claiming they may have totally eradicated coronavirus from the territory under their control.

“As a scientist I am reluctant to talk in definitive terms, but all indicators show we have effectively eliminated Covid-19 in north Cyprus.” Jale Refik-Rogers, a molecular biologist and member of north’s ‘parliament’ for the People’s Party (HP), told the Sunday Mail this week.

Just how unprepared the north’s hospitals were for handling an imminent pandemic became rapidly clear after the first case was reported on March 10. Through mainstream and social media people learned that doctors had only 750 testing kits at their disposal, almost none of the antiviral medicines currently being used on Covid-19 patients, and just 16 ventilators. To make matters worse, a large section of the main public hospital had recently suffered fire damage. News reports celebrated local businesspeople donating test kits and PPE to desperate hospitals. People were naturally expecting the worst.

“We were expecting a big rush – something we were not prepared for. But it didn’t come,” Dr Sibel Siber, a physician and head of the north’s Covid-19 Crisis Coordination Council, told the Sunday Mail this week.

Why it didn’t come can be put down to two main factors – the lockdown of people and ports, and contact tracing, Siber believes.

“Immediately after the first positive case – a German tourist – was identified, we went into the first stages of lockdown. Then, with almost immediate contract tracing, we isolated the first cluster quickly.”

Siber and her team managed to repeat the process for a Turkish Cypriot who had recently returned from the UK with the illness.

“Again it was relatively easy to find who they’d been in contact with and isolate and test those people,” Siber says.

The fact that the north has a tiny population helped immensely, and, as Siber points out, it also doesn’t boast mass public transport or large shopping malls where viruses can spread to greater numbers making contacts harder to trace.

“Moreover, people generally people stayed home and there were few disobediences,” she says.

That the north’s population embraced lockdown so enthusiastically can be partly explained by the high number of public sector employees and dependents who continued to receive, albeit with 20-25 per cent cuts, an income throughout the lockdown.

As Mete Hatay, a researcher at the Peace Research Institute of Oslo (Prio) told the Mail, “We went into lockdown easily because 80,000 people received cheques from the government. The problem now is getting them back to work”.

Justifiably fearing private sector workers would not be properly protected during the lockdown, 56,000 Turkish workers left the island immediately prior to its implementation. This undoubtedly made imposing and policing the lockdown easier for the authorities. More than half of the 100,000 foreign students also left.

Hatay also believes the authorities’ decision to impose a lockdown came only after immense public pressure through social media.

“People panicked after some German tourists tested positive and demanded the government impose a lockdown.”

The north’s populist-inspired ‘prime minister’ Ersin Tatar had initially brushed off the idea that Covid-19 could pose a threat to Cyprus. His eventual turnaround and apparent confusion sparked ridicule on social media, culminating in his attempting to sue an academic who posted a photo-shopped image of him in a straightjacket on Facebook.

Bickering between ‘president’ Mustafa Akinci and ‘PM’ Tatar may have further damaged public confidence in the early days of the crisis, but this largely ended when it was agreed to delay the upcoming ‘presidential’ election from April 19 to a new date in October. From then on, and after the arrival of desperately needed medical supplies, primarily from the EU and Turkey, a more rational and coordinated approach ensued.

Refik-Roger’s claim that the north may be free of the virus should not be dismissed as overoptimistic bragging. As a molecular biologist who ran the ‘state’ genetics laboratory before she was elected to ‘parliament’ in 2018, she also heads its public administration and health committee and is a member of the Bi-communal Health Committee. Moreover, she tempers her optimism with a warning that as society becomes more open again, it will undoubtedly become “more vulnerable”.

“Testing will continue to be extremely critical to catch active cases. And we need to continue to protect the elderly and those with chronic illnesses,” she insists, adding confidently that if a second or third wave of coronavirus were to occur, the north’s hospitals would be sufficiently equipped to handle it.

Other effective measures they now have in place include the establishment of a Covid-19 hotline and walk-in polyclinics where those with or without symptoms are tested. If found positive, contacts are then quickly traced and tested, Refik-Rogers says. A website has also been established where private doctors can enter suspect cases with Covid-19 symptoms and send them to go to the walk-in clinic for testing.

On testing non-symptomatic individuals, Jale Refik-Rogers says high-risk groups such as healthcare personnel and their families are being tested routinely. Compared to the Republic, the number of random tests is still low, in the hundreds daily rather than in the thousands, but she insists the north, although not recognised by them, follows World Health Organisation (WHO) and European Centre for Disease Control (ECDC) guidelines.

Reflecting on the north’s apparent success and looking to the future, Siber says, “At the moment we are under a great isolation, which has great advantages from a health point of view, but it creates big problems economically”.

Indeed, the big question for the north now is how to open up and get back to normal life without endangering itself.