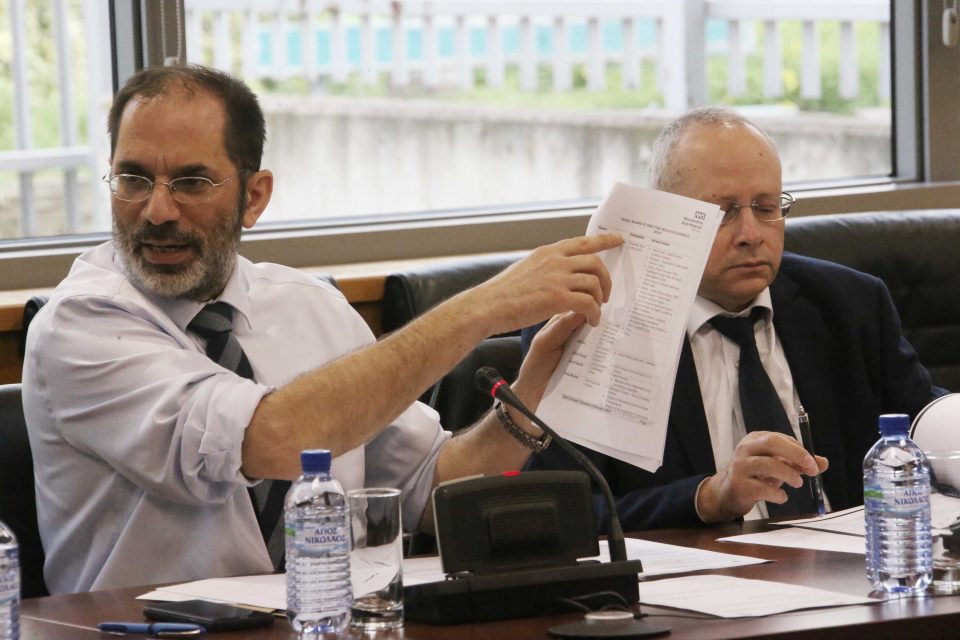 IT TOOK two months of horse-trading and pandering to the opposition parties for the government to finally realise that consensus politics is a chimera in a country in which many top politicians have the maturity of 10-year-olds. Once it understood this, it withdrew the bill for state-guaranteed loans that the kids had playfully amended beyond enforceability.

They reduced total amount of loans that would be guaranteed, limited the allocation to big companies, even though they are the biggest employers, demanded direct grants for very small companies, sought to dictate the collateral regime and, most importantly, wanted auditor-general Odysseas Michaelides to supervise the lending process.

The funny thing is that Diko, the party that has done more than any other party in the history of Kyproulla for the establishment of rusfeti as a respected institution, is now using Odysseas to promote the myth it is an anti-corruption campaigner. And it does not mind if businesses deprived of liquidity go bankrupt and people lose their jobs, as long as a few naïve idiots believe Diko is against corruption.

THE IDEA that the publicity-mad Odysseas is the only individual in Kyproulla capable of protecting the taxpayer and ensuring the state-guaranteed bank loans went to the right businesses is beyond belief. The implication is that everyone else that would be on the supervision committee would be corrupt and undeserving of our trust, sanctioning loans only for businesses owned by friends of Prez Nik and Disy supporters.

Only one man in Kyproulla is incorruptible enough to command Diko’s trust and make sure the loans go to the right people – Odysseas, who has now anointed himself a banking expert. So big is his ego and so inflated is his opinion of himself that he actually believes he is the only safeguard against the state guarantees being abused and misused.

The sad thing is that Odysseas fully agrees with his glorification by Diko and Akel. If he were not such an egomaniac, instead of backing the parties’ ultimatum, he would have announced that his participation on the supervision committee was not necessary as he was certain the members would ensure the loans went to businesses that satisfied the criteria.

The problem is that he is convinced he is the one and only person in Kyproulla to ensure everything would be done correctly by the committee. And he could not back down even if this meant businesses closing down and people losing their jobs.  Without Odysseas there could be no liquidity for businesses.

“THE INSISTENCE of Anastasiades on not wanting the auditor-general as an observer in the state-guaranteed lending process is a basic reason for all the rest of us to want him,” said the nerdy Diko member Chrysis Pantelides. It is with these kids the government wanted to reach consensus.

Prez Nik had said that by sitting on the loans committee, Odysseas “replaces the executive and becomes part of the decisions.” How would he then audit decisions he had been part of, given his official role is to audit the decisions of the executive?

The attorney-general could have been asked to give his opinion about the constitutionality of having the auditor-general as an observer on the loans committee, but it seems nobody wanted to put him in an awkward position, considering Odysseas is his buddy and he might not want to disappoint him.

THE CHIEF of Staff of the Cyprus Navy, Captain Charalambos Charalambous, said on Thursday that Cypriots “must feel proud and safe” with our navy. This came as a surprise because I thought our navy consisted of some coastguard vessels mounted with a couple of machine guns.

Tass news agency reported on Thursday that “four crafts of the war navy of the Cyprus Republic visited the Ayia Napa Marina.” Note that it spoke about crafts rather than frigates or warships and used ‘war navy’ instead of just ‘navy’ in case anyone thought it was talking about fishing boats.

Anyway why had the crafts of the Republic’s war navy docked in Ayia Napa marina which is supposed to host yachts and sailing boats. Could the marina be converted into a naval base in war time? Captain Charalambous seemed to think so.

He told journalists at the welcoming ceremony at the marina: “Within the framework of our operational training and exercises, we have established what we wanted to see, the capabilities of the marina, so it can support us if and when this is required…. This is a sensitive region, where the navy has several activities and the capabilities the marina has, will provide us with new data for our operational planning.”

The manager of the marina, Costas Fytiris, reported Tass, said the marina “would be available to the navy for exercises and operations.”

On a more mundane level, what are the crafts of the war navy of the Republic doing in the Ayia Napa marina when the Turkish vessels are violating our sovereignty, carrying out illegal drilling in our EEZ? Are they protecting the tourism industry from the invisible enemy?

CORONAVIRUS celebrity, Professor Leontios Kostrikkis has still not performed the disappearing act he promised several weeks ago, when he said that “when this all is over I will disappear,” suggesting that he did not enjoy his media star status.

Admittedly, the ill of Covid-19 is not over yet, and the scientific team is still advising the government, but as we are gradually returning to normality, we would have thought the professor would start gently preparing us for his eventual disappearance so we can cope with life without him.

Nothing of the sort has happened, although Phil has markedly reduced its coverage of his views. On Friday CyBC radio was advertising its Saturday noon chat show and phone-in on which one of the two guest epidemiologists was Kostrikkis. A second advert was promoting the Monday night TV interview show Tete a Tete, on which the guest is Kostrikkis.

The ad included an excerpt from the interview, featuring the reluctant celebrity professor declaring “I want to be an unknown among unknowns.” Is being interviewed on TV for one hour, speaking about your life, the way of achieving this noble ambition? Someone must inform Kostrikkis that he is going about his quest for anonymity in the wrong way, because he has not figured it out yet.

THE THEOCHAROUS Solidarity and Alliance of Lillikas issued announcements confirming they were in discussions exploring “possibilities and ways of cooperation.” There will be parliamentary elections next year and the two leaders are looking at ways of securing a seat, which is far from certain for either.

CIGARETTE and tobacco packs, as smokers know, carry a picture of some cancer-ridden mouth or lung, funeral scene, patient in bed etc, with a message of the harm caused by smoking.  A pack I recently bought had no picture of a diseased body part, but one of a pelvic area with the sexual organs torn out and the message that ‘Smoking increases the risk of sexual impotence.’

Although the message is clearly directed at men, the pictured pelvis does not look very manly as it does not feature a single hair on it. Were the advertisers also trying to frighten women, even though sexual impotence affects the female of the species as much as prostate problems. Stopping people smoking is such a worthy cause, misleading advertising is perfectly justifiable.

You wouldn’t expect pack of cigarettes to have a positive message like for instance – ‘There is medication that remedies sexual impotence so there is now one less thing for smokers to worry about.’

It is not as if smoking is the only cause of impotence. Stress also causes it but there is no sign outside workplaces saying ‘Work stress increases the risk of sexual impotence.’ Nor do you ever see such a warning on bottles of vodka or scotch, drinks which can cause impotence immediately if you have enough.

EVEN now there is growing evidence suggesting that smokers could be at lower risk of contracting Covid-19, nobody is talking about it. English artist David Hockney branded The Guardian newspaper ‘cowardly’ after it had failed to publish his letter in which he made an argument in favour of smoking. In his letter, Mail Online reported, Hockney said that “Greece has seen one of the lowest coronavirus death rates in Europe despite having an above average number of smokers.”

What are the chances of buying a pack of cigarettes with the message ‘Smoking reduces the risk of contracting Covid-19’? I think there is a better chance of having a picture of Odysseas informing us that smoking is corrupt.

Our View: We must seize the opportunities pandemic has created

Chlorakas in fear of armed gangs

Decision to let off police officers criticised by opposition