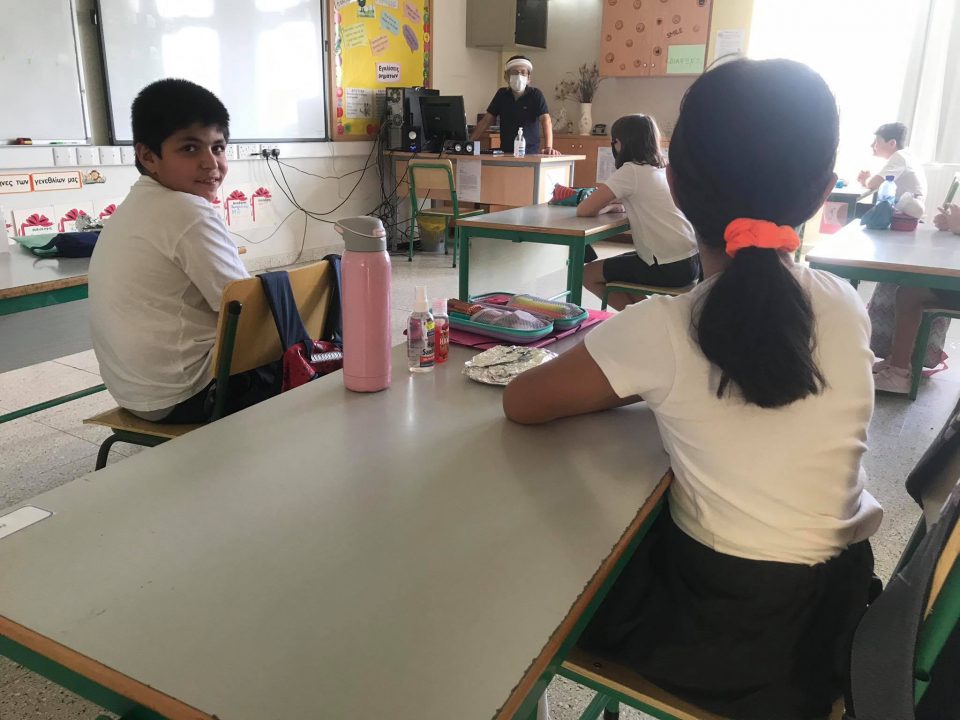 By Peter Michael and Andria Kades

A large number of students with special needs were able to return to school on Monday, as parents demonstrated for a second time in a week outside the education ministry.

Following a meeting with the epidemiological team, Education Minister Prodromos Prodromou said students who have an escort and do not have health issues could immediately return to school.

Prodromou said a total of 769 students, some with an escort and others, who are in special needs units, are already back at state schools.

He said that other special needs students, on the recommendation of the health ministry epidemiological team, were more susceptible to contracting coronavirus.

“These children, as well as other children in the vulnerable groups are advised to stay at home,” he said.

Commenting on special needs schools opening, Prodromou said they will remain closed and that they are looking into the matter of reopening them.

“The ministry is ready on any day, when it is decided,” he said.

Prodromou called on parents protesting to be patient and cooperate with the ministry, whose special team is working closely with the epidemiological team to deal with the issue.

Last week when primary and gymnasium schools opened, children in special needs units and who go to special schools did not return as they were told they would need to be tested for Covid-19.

Speaking on Alphanews on Monday, Prodromou said parents and educators can contact the committee to ensure the smooth operation of the return to school following safety protocols.

Last week, parents of children with special needs accused the government of discrimination. They also complained they were only informed hours before schools reopened on Thursday that they could not go back.

Ombudswoman Maria Stylianou-Lottides also filed a report on the matter saying that the procedures as laid out would be impossible to follow, with the result that children with special needs could not start school at the same time as other students.

“The risk of wasted time is in itself a discriminatory treatment of children,” Lottides said.

Humanitarian organisation Hope For Children said it was necessary to promote a common vision for the inclusion of children with disabilities or other forms of diversity in school as a fundamental right. All children should have equal treatment in education and especially now.