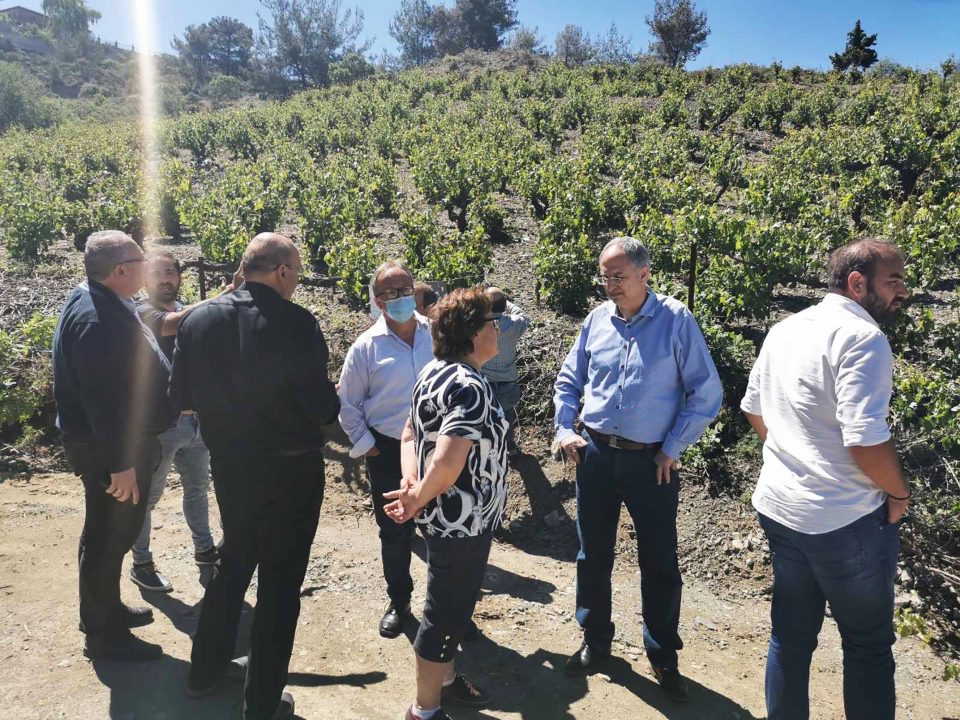 Farmers whose crops have been damaged by hail are urged to submit their applications for compensation as soon as possible so that they can receive payment promptly, agriculture minister Costas Kadis said during a tour of mountain areas on Monday morning.

Crops in the Troodos region were badly damaged by hail which fell on Saturday night.

The wider Pitsilia area was affected, the minister said in statements after the visit. The damaged communities are Kato Mylos, Agros, Agridia, Chandria, Dymes, Potamitissa, Kyperounta and Pelendri.

During his tour Kadis assured the farmers the agriculture ministry had already been instructed to proceed quickly with recording the damage and prioritising cases in order to go ahead with the replanting of crops.

If there are any additional applications that are not covered by the specific budget, “we are ready to cover these applications by redistributing funds,” he said.

“As we have taken steps to address the effects of the pandemic on various groups of farmers, a similar plan will be put in place to meet the needs of farmers in this area.”

“We expect to see both the guidelines and the measures that are being taken at the European level, which we will make full use of in this direction.”

Officials of the department will assist the local office in Agros to process the paperwork.

The mountainous areas have suffered from heat and previous hail and strong winds, he added.

“Therefore, it is a complex problem that we are called upon to manage,” the minister explained, reassuring the local rural population that the government and the ministry “will be by their side”.

A plan has recently been drawn up to install anti-hail netting. The project to install the netting is co-financed by European funds and the farmers will only have to make as small contribution to cover the cost.

“What we can discuss is the level, the range of this contribution of farmers. We can discuss some lesser contribution to serve them. However, because the funds are a given, this means that fewer farmers would get them. We are at their disposal to discuss the regulations that will be most helpful to them.”

Regarding the delay in the payment of compensation for last year’s losses, Kadis said that “most of last year’s compensation was granted before Easter as we had promised. Yes, there are some that are missing, we will see to them in the next few days.”

Baby Hummingbird and A Raspberry

People Posing Next To Majestic Sequoias