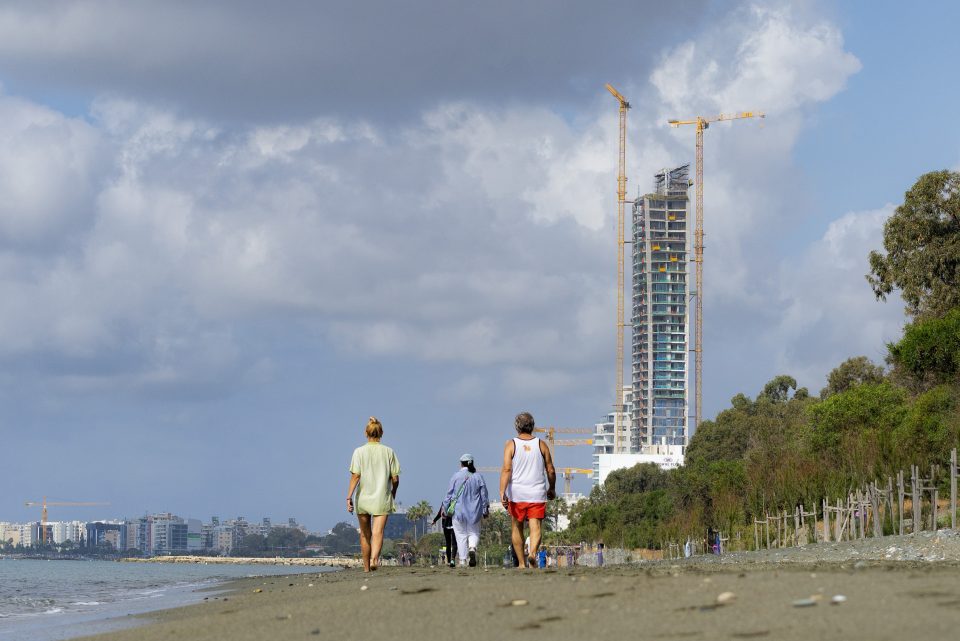 Research published by a local university professor suggests the two-metre distance recommended by experts as a precaution against the coronavirus may not be enough to prevent infection.

The four-month research argues the recommendation by the World Health Organisation for two-metre social distancing is only applicable if there is no wind, or a fan, or air-conditioning propelling virus-laden droplets

The study was published in the Physics of Fluids scientific magazine of the American Institute of Physics (AIP) on May 19 under the title On Coughing and Airborne Droplet Transmission to Humans.

It was completed by Professor Dimitris Drikakis who has a joint appointment at the medical school and school of sciences and engineering at the University of Nicosia, and his associate, senior researcher at the defence and security research institute of Nicosia, Talib Dbouk.

Speaking to the Cyprus Mail, Drikakis said: “we just want to raise awareness that the two-metre social distancing is not sufficient.”

“We realised since the beginning of the pandemic that there are many open questions and gaps, so we initiated this project and we discovered things that were extremely interesting,” he said.

According to Drikakis, environmental conditions affect the cloud of droplets that comes out of a person’s mouth when they talk, cough, or sneeze, allowing it to travel more than two or even six metres further with a ground-bound trajectory.

The study selected two wind speeds, a mild breeze of 4km per hour and stronger wind speed of 15km per hour. In both cases, the droplets travelled to six or even more metres further.

However, the height and concentration of droplets was different.

In the case of the mild breeze, droplets remained at half to one metre high at a six-metre distance, whereas in the stronger wind speed, droplets reached a height of 1.5 metres and surpassed six metres.

Fan and air-condition use have the same effect on the droplets, the professor added.

“When you are in a closed space and there is no other environmental condition, for example no strong AC or wind from a fan or an open window, then the two metres suffice.”

There are many parameters that are unknown regarding the new coronavirus such as the dosage and time of exposure needed for an individual to be infected.

“We should not panic. It doesn’t mean necessarily the person will be affected, since it is a complex issue,” the professor said.