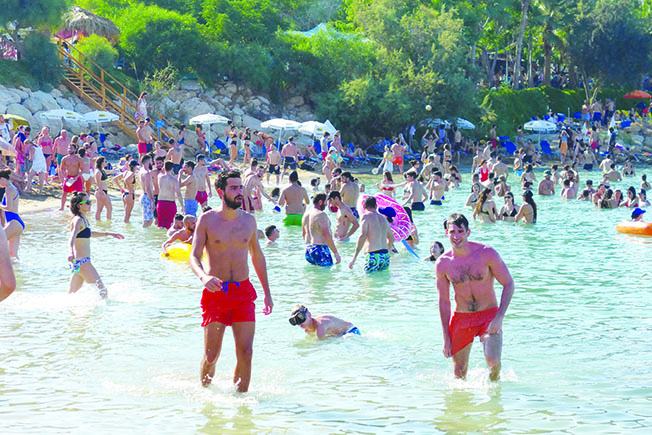 'Cyprus is the fifth most popular choice of destination, with amazing sun, great beaches and great food. That never fails as an attraction', says the president of the Association of Cyprus Travel Agents

As of June 9, airports in Cyprus will reopen and tourists will be able to come to Cyprus again.
But will they come?

“We expect a slow start, but we are hoping to see greater numbers in late August and in the autumn, as more countries are given access. For now, we are concentrating on providing measures to keep both tourists and hosts safe – and we hope this security, combined with Cyprus’ good record in containing the pandemic, will prove attractive.”

Tourists from Austria, Germany, Israel and Greece, to name the most important on the list of countries permitted access should face few restrictions in coming to Cyprus after June 19. Let’s bear in mind that tourists from the UK, which account for half of the tourism in Cyprus, aren’t allowed in, nor are Russians who account for another third.

So how many are likely to come?
Airlines are currently forecasting passenger traffic at 20 per cent of pre-crisis numbers. Austrian Airlines, in 2019, carried 149,010 passengers to and from Cyprus, according to consultant Airline Network News & Analysis. Twenty per cent of that is 29,802, or 2,483 per month on average.

Now consider that Austrian consumer sentiment was at -18.4 in April 2020, its lowest level since the financial crisis of 2008-2009, and is the most sharp drop in the survey’s history.

“Consequently, more Austrians expected unemployment to rise going forward. Reflective of the uncertain economic times, consumers were less likely to purchase big-ticket items in the year ahead; moreover, their propensity to save rose despite rock-bottom interest rates,” writes Focus Economics.

Let’s take the example of tourists from Austria. When they come to the airport in Vienna, or Innsbruck, they are required to take a test for the novel coronavirus. The test costs €190. So a family of four would have to spend €760 just to be able to get on a plane.

All by itself, that’s a steep barrier to taking a vacation for most consumers. Altogether, the chances of Austrians coming to Cyprus are much reduced.

Stamataris comments that much more work must be done to achieve bilateral agreements that harmonise requirements among countries that have access. “It’s an obstructive factor,” he admits.

But Germany, perhaps the largest of the countries allowed access, makes it even easier for tourists to come to Cyprus, because German nationals do not face testing or quarantine when they leave or return to their native land.

So, will Germans come? The problem is that, even before the crisis broke out, German tourism to Cyprus was declining. It fell off by 17.9 per cent in 2019, according to tourism researcher Skrift. The economic slowdown in Germany along with concerns about international geopolitics made many Germans prefer to stay at home.

Close to 40 per cent of Germans have cancelled trips that they’d planned once the crisis began, and about 25 per cent postponed them, according to travel researcher Phocuswright.
It’s difficult to see them coming in great numbers.

Of course, as Stamataris points out, Cyprus has many attractions, particularly for Germans who have a famous ‘drang nach suden’ (the urge to head south).

“Tour operators are working in tandem with the government to offer a variety of incentives, particularly for large volume packages,” Stamataris says.

“And, Cyprus is the fifth most popular choice of destination, with amazing sun, great beaches and great food. That never fails as an attraction,” he concludes.

Papadopoulos: Anastasiades couldn’t stand for third term even if he wanted to

Remand renewed for man in fake cheques case worth millions