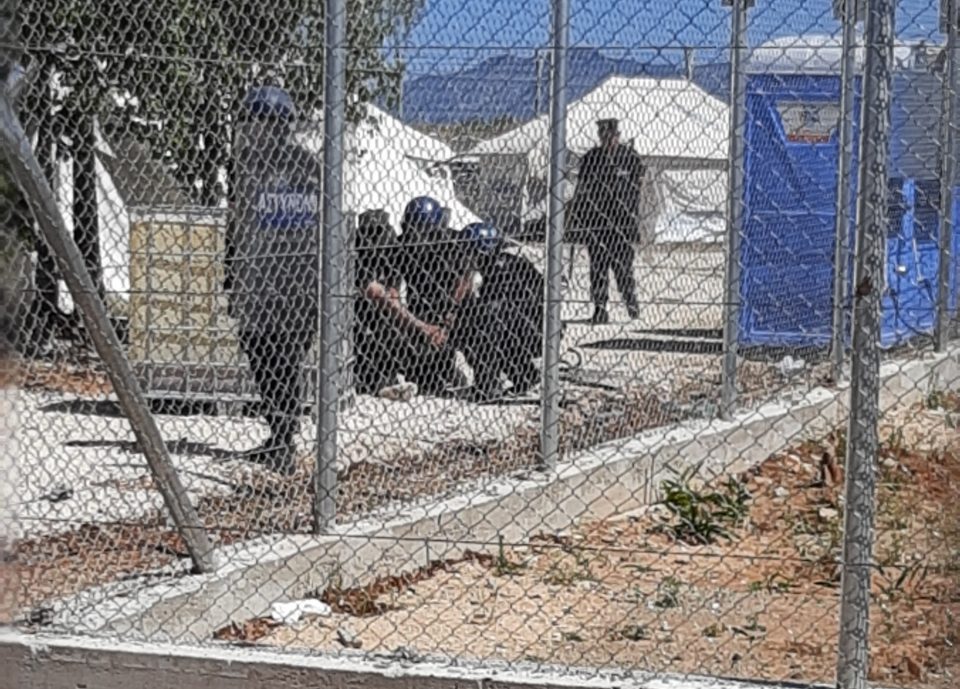 The interior ministry on Tuesday called a protest held by members of political movement Antifa Nicosia outside the migrant centre in Kokkinotrimithia a day earlier “a concerning event.”

“We will not allow anarchy to continue in our country,” the interior ministry said.

“At a time when we are making great efforts to manage the huge number of migrants in our country, some people are deliberately trying to sabotage the situation,” the ministry said.

The ministry said the migrants are currently hosted at the Pournara reception centre for health reasons, as they still need to be tested for the coronavirus. Some have been tested and are waiting for the results.

However, many do not have the necessary documents for their asylum seeking applications to be processed. “We can only host those who respect our laws in our country, those who do not have no reason to be here,” the ministry said.

“As soon as the conditions allow it, we will repatriate those who we cannot welcome, no matter how many people will protest our decision,” it added.

The protest on Monday was aimed at denouncing the living conditions and overcrowding at the centre.

“We gathered outside the Pournara reception centre in Kokkinotrimithia to show solidarity to the migrants,” a statement released on the organisation’s Facebook page said.

“Their struggles are the same struggles of the entire working class and we stand with them, body and soul.

“In the difficult days ahead, we are fighting collectively for the dignity of those who have been forgotten.”

The centre was designed to host asylum seekers for a maximum of 72 hours until health checks are carried out. However, because of the travel restrictions in place due to the coronavirus pandemic, reports indicate it currently hosts around 600 people.

Last week, a scabies outbreak was detected there, with the health ministry saying that around 30 people were infected.

They had presented itching and rashes and were given medication and have been isolated. Scabies occurs in places where many people live together.

On Tuesday, migrant support NGO, Kisa expressed its reservations as to whether the centre has indeed been infested with scabies.

“According to many detainees, they have no information of scabies cases and neither have they been visited by doctors to inform or examine them for it,” Kisa said in a statement.

“In view of this, it cannot be ruled out that the government, using its well-trodden practice during the restrictive measures for the pandemic and using it as a pretext, in violation of all rights of asylum seekers and with racist and discriminative policies, has imposed its arbitrary decisions to transfer hundreds of asylum seekers from other places and to actually detain them at the Pournara centre.”

The NGO said that if the story about scabies is true it is the government itself through its policies that has created the conditions for the onset of the infection at the centre.

Seagulls in India during mesmerizing sunset