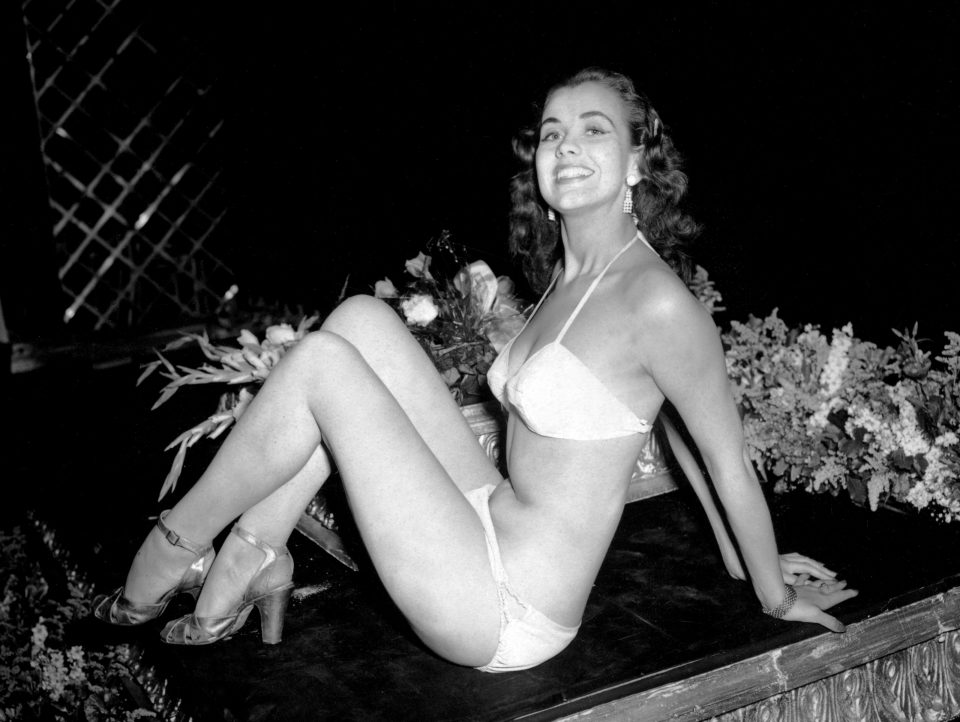 The bikini might be a holiday staple for most of us, but this wasn’t always the case.

In fact, the skimpy two-piece bathing suit was debuted to much controversy, taking a while before everyone embraced it. Since its inception in the 1940s, it’s slowly but surely grown in popularity, and been transformed by different styles, cuts and colours as trends evolved.

Of course, bikinis will always compete with the one-piece bathing suit, but there’s a reason it’s the star of the beach. Here’s how the bikini came to be…

One of the first bikinis is credited to French designer and engineer Louis Reard, who reportedly debuted the style in 1946, and had trouble finding models because the look was deemed ‘scandalous’. This was a time when women were more covered up at the beach – while the long-sleeved woollen bathing suits from the early 1900s were long gone, swimsuits revealing your navel were practically unheard of.

Reard’s bikini wasn’t the first two-piece swimsuit to be invented, but it was one of the first to show so much skin, and the name he chose stuck. His invention came at the perfect time: the Second World War had just ended, and a bit of fun and frivolity was very much welcomed. Plus, there was a post-war fabric shortage, so the bikini was easy enough to produce.

This isn’t to say everyone approved of the new style – after all, as recently as the 1920s, women were having their swimsuits measured on beaches in the US, to make sure they were ‘modest’ enough, and some of these attitudes stuck around.

Like everything in fashion, the bikini has undergone many different styles and trends. In the 1950s, the mainstream was still getting used to the new style, so iterations didn’t look too different to the one-piece swimsuits of the day, with sweetheart necklines, frills and high-waisted bottoms. This was to create an hourglass figure, which was hugely desirable at the time.

Tiny string bikinis were all the rage in the Seventies, and when the Eighties rolled around, it was all about adding colour and patterns – very much in keeping with the bombastic fashion of the day. Eighties styles favoured high-cut bottoms to show off your hip bones, often paired with high waists.

The Nineties and Noughties brought the bikini back to its original style, favouring string styles with tiny triangles and low-cut tie waists. You have to hand it to the swimsuit – other than small changes, over the decades, it’s been far more consistent than any other garment.

As with any iconic piece of fashion, certain bikinis have become part of the fabric of pop culture.

One of the first examples came in 1952 when Brigitte Bardot starred in the movie The Girl In The Bikini. The swimsuit was still pretty new at this time and hadn’t quite won over the public – but Bardot arguably did a lot to change perceptions. The bikinis she wore in the movie are remarkably similar to current styles, with small triangles of material and low-cut bottoms.

Then, there was Ursula Andress’ bikini in the James Bond movie Dr No in 1962. The plain ivory two-piece had belt buckle detailing, and is so important in fashion history, it even has its own Wikipedia page.

This paved the way for a more recent, iconic bikini moment: Halle Berry in the 2002 Bond movie Die Another Die. In a clear homage to Andress’ bikini, Berry’s version is also belted, but this time in a bright orange colour.

Thanks to the rise of shows like Love Island, bikini styles have become even skimpier, with thong bottoms and side-boob-baring tops. These kinds of styles – which have echoes of the Eighties as bikini bottom cuts creep up to reveal hip bones – show that bikinis still have the power to shock, as there’s often much chatter when a particular thong style is seen on TV or social media.

However, it has to be said – you’d be surprised how similar the bikini still is, to how it was in the 1940s.

A minute with Anastasia Uvarova, Physiotherapist