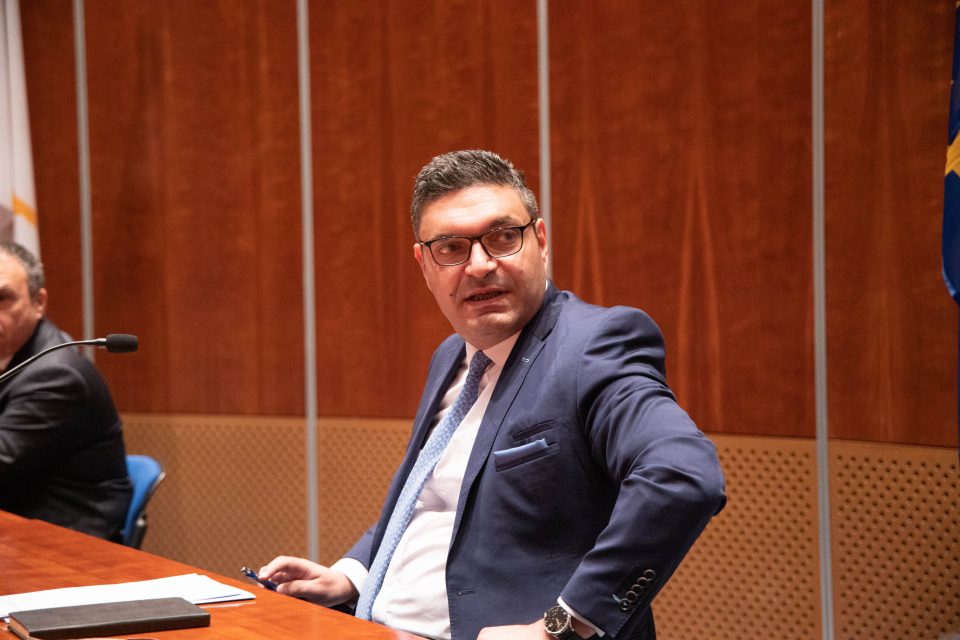 The gradual easing of restrictions and reactivation of the economy will enable Cyprus to cover lost ground, Finance Minister Constantinos Petrides said on Thursday, as he detailed a fresh raft of measures aimed at supporting businesses, among others.

“Revitalisation of the economy will enable us to go on the counterattack, cover the lost ground,” the minister told a news conference. “We are entering the second period whose objective is restarting the economy.”

The minister detailed 13 measures, announced by President Nicos Anastasiades the previous evening, including six, which addressed the immediate difficulties faced by businesses hit by a lockdown imposed to stop the spread of the coronavirus.

He said Cyprus will be taking part in the Pan-European Guarantee Fund, whose creation was approved on Tuesday, aiming at tackling the effects of the pandemic.

The fund will provide direct guarantees up to 80 per cent to banks to fund small and medium businesses with up to 3,000 staff.

Member states will contribute €25bn in guarantees – Cyprus will take part with €32.5m – with the fund expected to allocate up to €200bn to stricken SMEs.

Petrides said Cyprus estimates to be allocated between €300m and €400m for the needs of its businesses.

The second scheme announced by the government concerns granting state-guarantees to the European Investment Bank (EIB), which in turn will finance SMEs.

The scheme has been running on the island with success since 2014, Petrides said, and the cabinet has decided to raise the total amount by €500m.

Borrowers can benefit from lower interest rates on loans of maximum duration of 12 years.

They can also benefit from government interest rate subsidies.

An additional €800m will be allocated through the Cyprus Entrepreneurship Fund – created by Cyprus and the EIB in 2013.

Petrides said the government will borrow €400m from the EIB and together with local lenders participating in the scheme, they will finance businesses with up to 250 staff. The risk will be shared equally.

The maximum amount that can be borrowed is €1.5m for a duration of up to 12 years.

The minister said the government also aims to improve the liquidity prospects of businesses and the self-employed through a scheme to subsidise interest rates for new loans.

All viable companies stricken by the pandemic are eligible, irrespective of size.

The total subsidy must not exceed €800,000 per company, according to the European Commission.

The money will be used for working capital and investment. It includes loans taken out between March 1 and December 12, 2020.

The loans cannot be used to repay existing facilities or as collateral for restructuring.

The maximum interest rate of the loan must not exceed 4.25 per cent. The subsidy will run for four years starting with 3.5 per cent the first two, 2 per cent in the third and fourth for SMEs and 1.5 per cent for large businesses.

There is no limit to the amount of the loan but the subsidy will only cover double the sum of the business’ annual payroll for 2019 or 25 per cent of the turnover.

For businesses set up in January 1, 2019, the maximum amount borrowed should not exceed the estimated payroll cost for the first two years of operation.

The government also plans to subsidise interest rates for new housing loans for a set period and maximum amount.

Duration of the subsidy will be four years, covering 1.5 per cent of the rate.

Another scheme that has been on the cards was the direct funding of small businesses and self-employed people to cover their rent, operating, and other expenses.

The beneficiaries are entities employing up to 50 people who were also part of the labour ministry’s schemes between April 13 and May 12.

Petrides said the estimated cost would be around €100m with potential recipients between 40,000 and 50,000.

Businesses with one employee will be granted €1,250 and those with two to five will receive €3,000.

The measures also include €6.3m to subsidise airlines flying to Cyprus in a bid to boost tourism. The plan provides for assistance to all airlines for seven months covering aircraft capacity between 40 per cent and 70 per cent.

Some €10m will also be spent on campaigns advertising Cyprus as a safe destination.

The government will also cut VAT for the hospitality sector from 9 per cent to 5 per cent between July and January 10, 2021.

The reduction is expected to have an impact on the sector’s prices that will boost consumer demand, Petrides said.

On the taxation front, the government decided to extend the deadline for submission of tax returns to the end of October and has written off any late fees impose this year.

It will also open tenders for any projects whose planning is complete, irrespective of when they had been budgeted for.

The deadline for submission of supporting documents for the Estia borrower relief plan has also been extended by a month to July 31 and the government will allow new applicants to join until June 15.