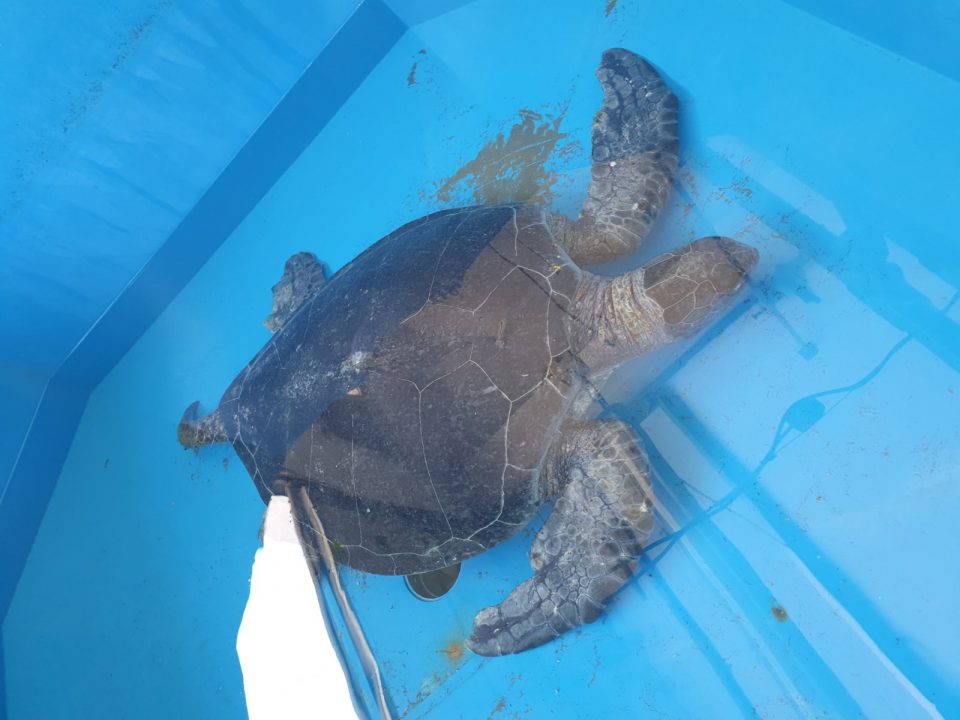 The Fisheries Department on Thursday said it was treating a male adult turtle that has been found in a bad state on the Kiti beach in Larnaca.

The turtle, which has been given the name Dias, is a green sea turtle (Chelonia mydas), which was found on Tuesday afternoon on Kiti beach in a lethargic state.

The person who found him contacted the fisheries department whose staff took Dias to the Marine Aquaculture Research Centre (CyMARC) in Meneou, which also operates as a turtle rescue centre.

Dias was very dehydrated and weak, weighing just 61 kilogrammes instead of the usual 80 to 85kg according to his size.

His body was infested with turtle leeches (ozobranchus margoi), the fisheries department said, while his clinical condition indicated that he had remained inactive for a long period of time.

Dias was given antibiotics and placed in fresh water on Wednesday, a standard practice to remove parasites.

After he was rid of the parasites, Dias was placed in a saltwater tank and is being monitored by CyMARC staff while his treatment continues.

“Let us wish Dias a speedy recovery and to soon, return to the sea in full health,” the fisheries department said in a post on Facebook.

Miracle of mother nature! A ray giving birth on shore