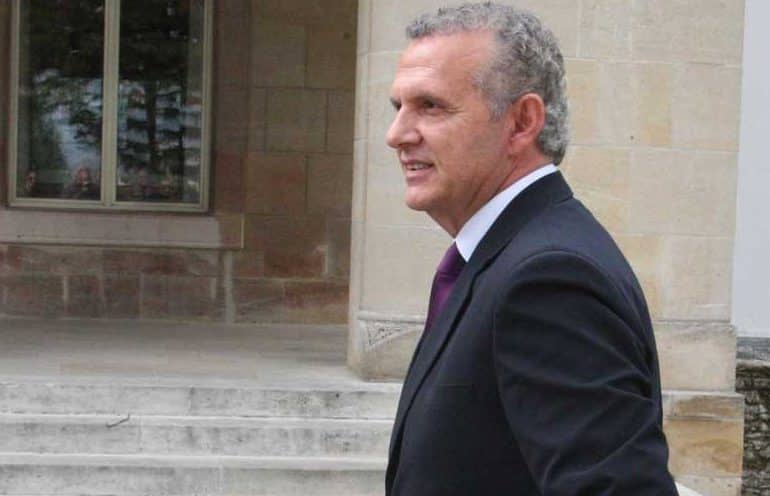 Taking into account the coronavirus, there are two options for holding the annual expat conference in the summer, presidential commissioner for humanitarian issues and overseas Cypriots Photis Photiou said.

In view of the fact there may be travel restrictions which might affect delegates coming to Cyprus for the conference, planned for the end of July, Photiou submitted an alternative proposal for holding a day-long teleconference.

Another option is to hold the conference as planned, but a month later, at the end of August.

The final decision will be made next week, during a teleconference with the leaders of expat organisations, Photiou said.

At the last teleconference, a month ago, a consensus was reached that with the data that existed, it would be difficult to convene the conference in Cyprus in the way it has been done so far, he said.

“What we have put forward as an alternative and what seems to be acceptable is to hold a full-day teleconference at the end of July.”

If this option is approved, during the teleconference there will be an intervention by the President, as is usually the case, followed by sessions with the participation of ministers, as well as sessions where the issues of expatriates will be discussed. “It will be a teleconference in which the entire Central Council and, of course, Nepomak [The World Organisation for Young Overseas Cypriots] will take part,” he added.

If the teleconference is chosen, a final decision regarding the date will be made at the next online meeting, and a draft of the final programme and the issues to be debated during the conference will be discussed.

In case a decision is made that it will be possible for delegates to travel to Cyprus, it has to be determined if the event will be moved to the end of August.

As for the youth programmes which take place every year in June and July, the presidential commissioner said a request was made by those involved to cancel them this year. Instead, online programmes have been prepared in collaboration with two universities to fill the void, whereby young people overseas will be taught the Greek language, and will learn about the Cypriot history, dance, traditions and customs.

According to Photiou, the issue will be discussed at a teleconference next Wednesday with the youth leadership.

Asked whether such conferences can be organised via teleconferencing, Photiou replied the preparation has started weeks ago, while the necessary infrastructure was in place as well.

“The situation is unprecedented, but many conferences are now being held in this way,” he added, referring to a conference on missing persons of the American-Greek Institute at which he was invited to speak via teleconference in mid-June.

Given the new situation, plans for cooperation in the diaspora, between Greece, Israel, Egypt, Armenia and Cyprus are progressing, Photiou said.

Emphasis is placed on culture and Cyprus has initiated the creation of an electronic platform which presents traditional dances of the countries involved. It has also been suggested to post online information on developments in the region for the benefit of the expats.

Concluding, Photiou said some events which required a physical presence have been cancelled, such as the joint event marking the genocide of Armenians, Pontians and the Turkish invasion of Cyprus, which would have taken place in Thessaloniki.

“A number of things cannot be done the way the situation is, but we do not want to lose the successful way we started out and we will try to cover at least some things differently.”