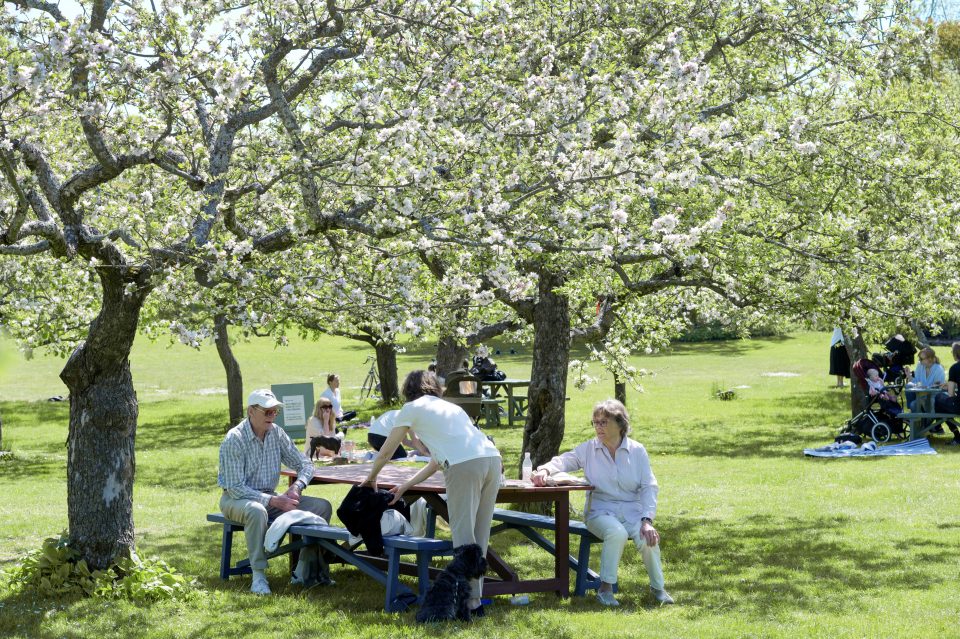 People enjoy the sunny weather at a garden cafe at Djurgarden in Stockholm, Sweden May 26, 2020

Norway and Denmark said on Friday they would allow tourists to travel between the two countries, though border crossings with Sweden, where the number of COVID-19 infections is higher, will remain restricted.

“We can’t open too suddenly, that would jeopardise everything we’ve accomplished,” Norway’s Solberg told a news conference.

Denmark will also welcome tourists from Germany and Iceland. All foreign visitors will need to book at least six nights accommodation before arriving and they will not be allowed to stay in the capital Copenhagen, where most of the country’s COVID-19 cases are.

Tourists from Sweden will still not be able to visit, with Denmark’s Frederiksen telling journalists that the two countries were in different places when it came to the coronavirus.

More than 4,000 Swedes have died from COVID-19, nearly four times the combined total of the other Nordic countries.

On Tuesday, Swedish Foreign Minister Ann Linde warned that excluding Sweden from moves to open borders across the Nordic region would be a political decision and not justifiable on health grounds.

The idea of travel bubbles, or travel corridors, is gaining traction with governments around the world as a way to restart international travel while limiting the risk of spreading the virus.

Lithuania, Latvia and Estonia this month opened their common borders, creating the first travel bubble within the European Union.

In an emailed statement to Reuters on Friday, Swedish Interior Minister Mikael Damberg said Sweden maintained a close dialogue with its neighbours over the easing of border restrictions.

Norway on Thursday announced it would allow business travel to resume across the Nordic region.