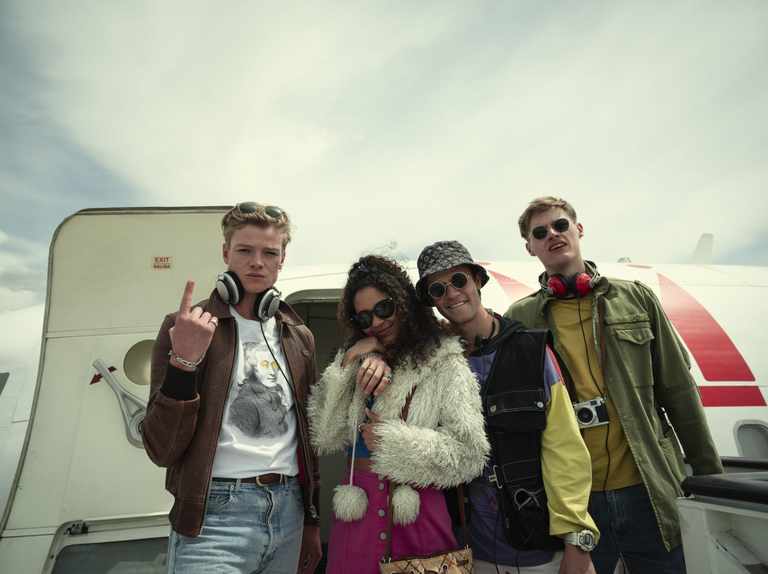 The show follows the story of Zoe Walker (Laura Haddock) as she travels to Ibiza to investigate the murder of her brother Axel Collins (Tom Rhys Harries), whose body has just been discovered following his disappearance 20 years ago, when he had travelled to the resort to become a DJ.

The show doesn’t waste a lot of time in laying out its key characters, settings and themes. Zoe has a husband who’s travelled with her to Ibiza upon the discovery of the body, a father who’s a former policeman, and a daughter back home.

Her brother’s friends left the UK together and have all set up shop in Ibiza since then. There is a wealthy Spanish family on the island, who also happen to own the land in mainland Spain where the body has been discovered. The patriarch of the family is keen to find out why the body is there.

The show attempts to explore themes of freedom and structure, friendship and loyalty, egocentrism and personal exploration, maturity, and family. It wraps all of this around the central core of a murder mystery which serves as the driving force of the show.

Unfortunately, the show just doesn’t manage to pull it off; the characters continuously lock horns with the writing and they always come out of it defeated. They just seem to do stuff and go to places in painfully subservient fashion, mindless slaves to a contrived plot aping intricacy through all sorts of cheap trickery.

What does it get wrong? Flashback sequences, revisited scenes in which parts of the action were cut and later revealed to completely change the context, Breaking Bad-esque character development without the Vince Gilligan-esque writing to go along with it, elements of thrill-seeking that seem a little too akin to Fight Club, incestuous relationships, the concept of a Messiah-like figure and cults, drug trafficking, meta commentary, and more. If you found the previous sentence a little overwhelming, it’s only because it’s a reflection of the show itself.

There’s not a single redeemable character in this entire show. Real people are neither perfectly good, nor perfectly bad but here they’re all so flip-floppy and inconsistent. Reversals are a key component of narrative storytelling, making the stakes higher, complicating things for the character and sending the story in a new direction. However, there are so many reversals in this show you just end up not caring about any of the characters.

The acting itself is extremely varied. The best scenes come in the form of the Spanish-speaking actors having all-Spanish conversations amongst themselves. Pedro Casablanc and Belén López are part of some of the more assured scenes in this show. But no actor is helped by the material at hand, especially the parts delivered in English. The dialogue is often excessively talkative, didactic, preachy and most painful of all, dissecting and meta. Rest assured you will be told in explicit fashion what a character’s attributes are.

White Lines paints the picture of someone too in love with themselves, spiralling downwards in fits of camouflaged vanity and pretence negatively affecting everyone venturing within their sphere of influence. Perhaps this is the one bit of underlying commentary that hits its mark. Shame the mark is the show itself.