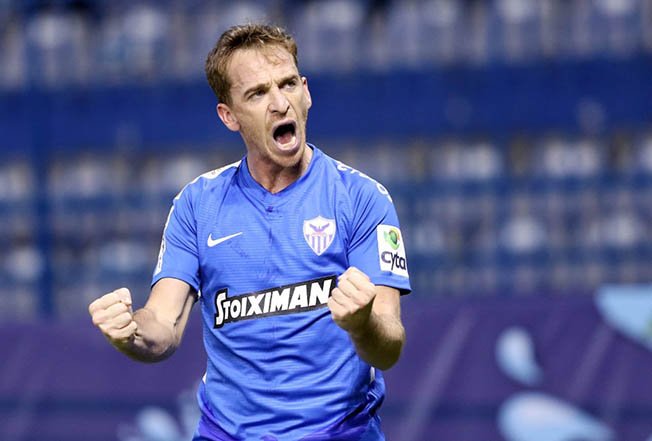 Spanish forward Ruben Rayos is incredibly iumportant to Anorthosis, but his relationship with the club appears to have reached breaking point

Anorthosis Famagusta’s relationship with Spanish forward Ruben Rayos appears to have reached a breaking point. There have been claims and counterclaims from both sides regarding his contract.

From the outside, it appears that the current situation is the result of circumstance, bad luck and a failure to reach an agreement for a contract renewal at more than one point during the past season.

Whether the player stays or not, and regardless of both the sporting and business merits of a renewal, it would be interesting to see what Anorthosis would be losing in terms of on-the-pitch contribution if the player does end up leaving the club.

For this exercise, I have taken into consideration 15 outfield players, including non-forward players. This allows us to examine a broader selection of attributes and categories. The numbers referenced below are based on the performances of the following players: Artymatas, Kacharava, Duris, Kaltsas, Okriashvili, Vasilakakis, Vrgoc, Manthatis, Selin, Daushvili, Rayo, Schildenfeld, Margaca, Ioannou, and Galitsios.

Rayos has featured in 23 games for Anorthosis this season. The most played, alongside Vrgoc and Schildenfeld.

His 1978 minutes played are the fourth most of the group, behind Vrgoc (2188), Schildenfeld (2140), and Artymatas (1985). It’s worthing that at 33 years old Rayo is the second oldest player here. The only player in the squad who’s both older and has more minutes is Schildenfeld (35). 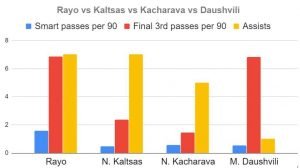 In addition, not only does he have the joint-most assists, but he also has the highest figure of expected assists (6.44 xA). This puts him head and shoulders above the rest of the pack. Kaltsas, Manthatis and Okriashvili have 4.75 xA, 3.02 xA, and 2.27 xA respectively.

In terms of crosses, he ranks fifth in terms of attempted crosses per 90 minutes (2.28) and sixth for crossing accuracy percentage (32%).

One thing that’s worth noting here is that Rayo is a natural central attacking midfielder and centre forward. However, he has been playing out of position on either flank for the majority of the season.

Delving into the crux of the matter, let’s look at his contribution in his primary element: being an attacking threat and scoring goals.

The only two categories where he lacks a little further behind are shots on target percentage (9th) and goal conversion percentage (third). However, these can easily be explained by his astonishingly high shot volume.

Both percentages involve high numbers of shots divided by goals. If we filter by the raw data by including only players with even remotely similar shot volumes his goal conversion percentage rises to an incredible second-highest figure of 20%. Kacharava has a goal conversion rate of 25% from a shot volume of less than half than that of Rayo (24 vs 70). 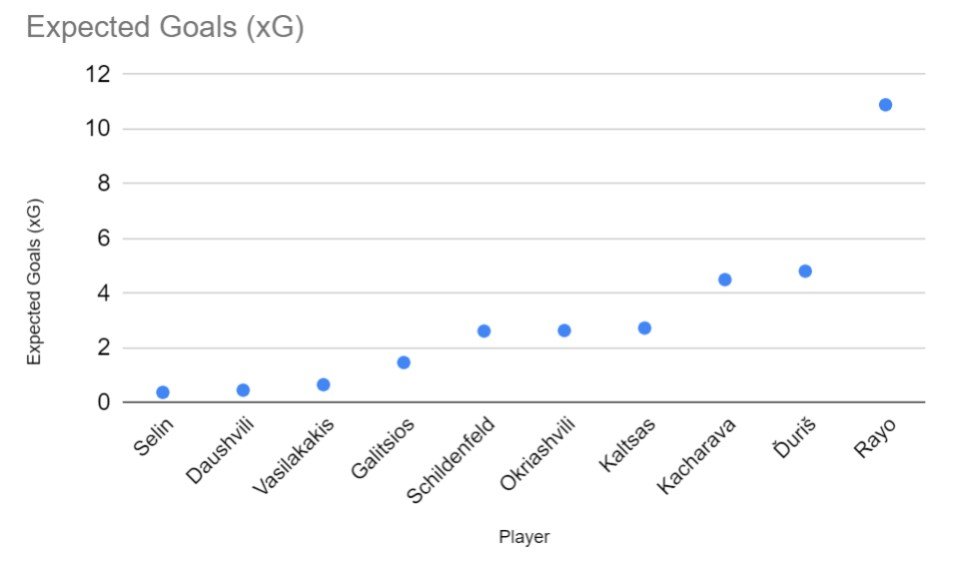