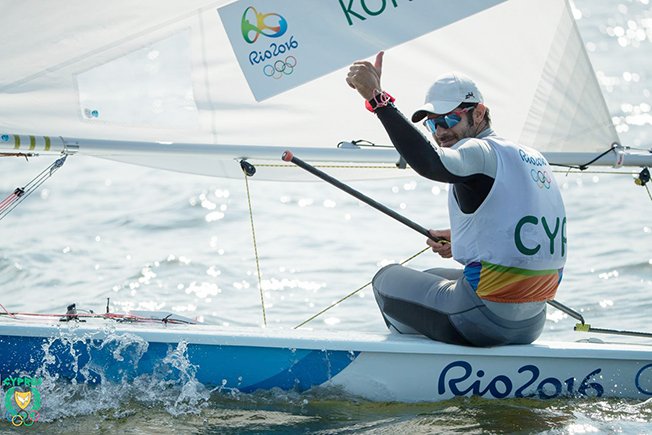 World number one Laser sailor Pavlos Kontides, who is based in split, Croatia, became the first Cypriot to win a medal at an Olympics when he took silver at London 2012

Athletes belonging to the Cyprus Olympic Committee have been returning to training since the first week of May. This ends a two-month period of downtime resulting from the lockdown rules enacted by the government following the coronavirus outbreak.

Cyprus Olympic Committee athletes, as well as athletes that fall under the Cyprus Sports Organisation’s high-performance programme, have been able to train since the start of this month with the implementation of strict social distancing and other safety guidelines.

The cancellation of all sporting events, notably the Tokyo 2020 Olympics, has caused seismic changes to Cypriot athletes’ preparation plans, as they not only need to alter and adjust their workout programmes but to also find new levels of motivation until competitions resume.

Members of Cyprus’ Olympic team have spoken to the Cyprus Olympic Committee about their current situation, as well as their revised targets for 2020.

Gymnast Marios Georgiou, who won the gold medal for Cyprus in the Floor final of the 2018 Commonwealth Games in Brisbane, has been training daily at the Spyros Kyprianou stadium in Limassol, saying: “Even though my return to training was a little delayed, I now feel perfect. Perhaps not physically for the time being, but mentally. I have set new personal goals. I want to surpass where I used to be and improve a lot. I’ll be even more prepared for next year’s Olympics”, said Georgiou. 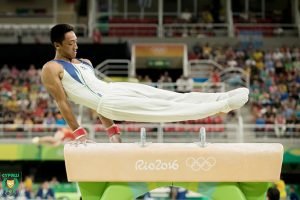 The two Cyprus-based sailors, Andreas Kariolou (RS:X) and Marilena Makri (Laser) have been training in Limassol since May 4. “We’re training but with less intensity than regular sessions. Even though we trained at home the sea is different, it burdens the body in different ways”, said Kariolou.

“Unfortunately I wasn’t able to avoid a strain as I have a back issue that I’m now dealing with. We can’t go to the gym yet. Our next scheduled competition is the European championship taking place next November in Athens”, Kariolou added. With his forthcoming participation at the Tokyo Olympics, Kariolou will become the first Cypriot athlete taking part at five different Olympic games.

Marilena Makri qualified for the Tokyo Olympics last year at the tender age of 16. “We go to the sea every day and work out in parks, and open space,” she said. “I feel strong and preparation is going well. I’ve missed the sea. I was away from it for 37 days and feel delighted to be back. I think this downtime will ultimately be of some benefit, as I will be more experienced in 2021, stronger both physically and mentally”, Makri said.

Sailor Pavlos Kontides (Laser) is currently based in Split, Croatia. “I’ve been back in the water for a few weeks now and truly I need nothing else. Things were somewhat better here in March and April as there were fewer restrictions compared to Cyprus. Now it’s as if full normality has resumed. Gyms, salons and other shops have reopened”, Kontides said.

London 2012 silver medalist Kontides also talked about his return to Cyprus. “I’ve missed my family and friends. I didn’t want to return at present, with the situation being what it is.
I preferred to avoid airports. I’m waiting for airports to reopen and for the mandatory two-week quarantine period to be lifted, perhaps in June”, Kontides added.

Kontides also spoke about his return to the top of world rankings for his category. “I can’t say this puts any pressure on me since there are no less than 10 athletes who can all achieve something noteworthy. World rankings are nothing more than the sum of all results in any two-year period. No one will remember the rankings, just who wins a medal at the Olympics!”, Kontides said.

Cyclist Andri Christoforou has been travelling all over Cyprus since May 4. “On the first day training was allowed I cycled for six hours! I was so happy! Since then I’ve been to all the places I’ve missed, from Machairas in the mountains to Zygi by the sea. I like seeing the sea. Training was more unstructured in the first few weeks, but now we’re setting goals and targets”, Christoforou said.

Christoforou qualified for Tokyo 2020 in the road cycling category and is now waiting for competitions to get underway. “As far as cycling is concerned, thankfully the season seems to be quite full. The world federation announced this year’s calendar and from August 1 onwards it’s very busy. This includes the world cups and the world championship in Switzerland in September.

“Consequently, we made changes to this year’s target from the Olympics to the world championship. It would be difficult to be motivated to get on the bike at 6:30 in the morning if there wasn’t a specific goal to aim towards”, Christoforou added.

Meanwhile, in terms of track and field, athletes Milan Trajkovic, Eleni Artymata and Apostolos Parellis are training in Nicosia. They have no official competitions this year which makes motivation a less straightforward affair.

“We returned to training during the first lifting of measures. We tried to keep fit at home but it’s different at the stadium. With proper preparation, we’ll slowly come back to where we were. It would be really useful if we can find some competitions during the summer”, Artymata said. 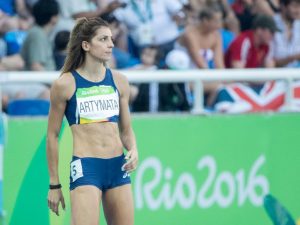 While Artymata will become the first Cypriot woman to compete at four Olympic Games, it’ll be her first time competing in the 400 metres. “The situation is a little strange, tasteless, without colour. It’s difficult without any real targets to strive towards. I have set some personal targets. I want to improve my speed”, Artymata added.

Parellis will not be competing this year. “I started a little after the rest of the athletes, but I won’t be going to the stadium every day since I have the kids at home. I won’t be taking part in any competitions this year, but I will be doing maintenance training until September where I’ll officially start the new season”, Parellis said.

In terms of shooting events, the situation is similar to that of track and field. There are no scheduled competitions at present and athletes are doing maintenance work. Andri Eleftheriou (skeet) said: “I was one week late because the Limassol shooting range was not yet open. I now train 2-3 times per week but without any real objective to work towards, it’s more relaxed. I’m taking care of my health and using this time to recuperate physically and mentally until the 2021 Olympics”.

Demetris Konstantinou (skeet) is currently training in Paphos. “Everything is fine. Personally, I’ve come back better. The lockdown period allowed me to rest and come back hungrier. I now train three times a week and will increase training sessions when domestic action returns”, Konstantinou said.

“I’m going to take full use of this period. I’ll try new things, things that I couldn’t do during an Olympic year. I will make some small adjustments to my technique and gun. I managed to recently change the stock”, Konstantinou added.

Trap shooter Andreas Makris is training in Larnaca. “I came back based on my trainer’s programme since May 5. A weight has been lifted from us, we’re back in training with the same zeal and enthusiasm. We’ve rested enough. Training is our kind of rest! Without competitions, it’s difficult to regain the same level of concentration.

Training is a little less intense because of that. We use games and little informal competitions to keep ourselves interested”, Makris said.

The Tokyo 2020 Olympic Games will be held between July 23 and August 8 2021 in Japan. There are 11 Cypriot athletes who have qualified as of this point. Several other Cypriot athletes are still challenging for a qualifying spot.

The Cyprus Olympic Team hopes to have a total of 15, the same number of athletes who represented Cyprus at Rio 2016.