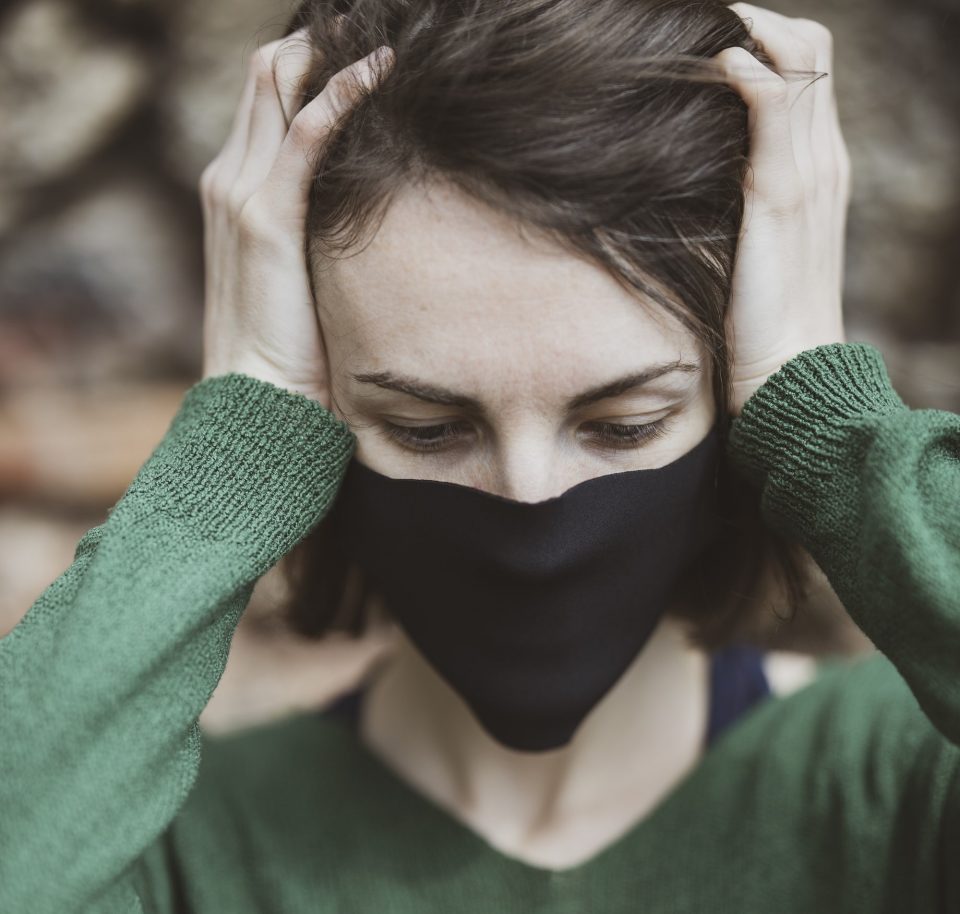 The onslaught of lockdown and a pandemic led many people to catastrophise. Gina Agapiou speaks to those who supported their mental health

Despo persuaded her husband to do the grocery shopping and remained at home herself throughout the whole two months of lockdown with their two kids. Before the new pandemic, she thought she was fine but following the announcement of the first coronavirus case did not put her mobile down in case she missed the latest update.

The 38-year-old mother was far from the only one catastrophising over Covid. Experts told the Sunday Mail the Covid-19 pandemic pushed many people over the edge, with some even considering suicide.

“This is the first time we had mass disaster, quarantine and ongoing stress all at the same time,” psychologist and psychotherapist Haris Vasiliades told the Sunday Mail. “There are studies looking at the effects of those individually, but not ones that look into all three happening at the same time!”

Some of Vasiliades’ patients turned to substance abuse or ‘perfect solutions’, buying a lot of protective equipment to eliminate the uncertainty. Others added to the anxiety by looking into tons of information and updates on the virus.

“Catastrophising is when we predict the future negatively. Basically, they were wasting critical energy on irrational or worst-case scenarios, and this caused them more anxiety,” Vasiliades said.

“Unfortunately, I had people who had suicidal thoughts.”

In response to the stress the ministry of health’s mental health services set up a free voice and video call line, which received 128 calls for psychological support between March 26 and May 25. The line, operated by psychologists, offered support to the general public but prioritised Covid-19 patients whose mental health was affected.

Around 20 of those people had to be referred to a psychiatrist after they reported suicidal thoughts or severe depression, said chief clinical psychologist at the department Dr Kyriacos Platrides.

Eight per cent of callers had contracted the virus, with the vast majority from people like Despo who were self-isolating at home (85 per cent). However, four per cent were people who continued to move around for work.

“They were obliged to work and obviously that was causing them stress,” Platrides said.

According to Platrides, who was in charge of the emergency plan, the main problems callers were experiencing were stress, panic and claustrophobia, followed by insomnia and intense anxiety.

The Cyprus Samaritans said that calls did not increase dramatically during Covid-19 but those who called stayed on the line for longer. They also had a few people with suicidal tendencies.

“We had people calling on a more regular basis and were calling for longer. They were really worried,” volunteer Russel Robinson told Sunday Mail.

Platrides believes the lack of panic was in part due to the smooth course of the virus on the island and the small amount of deaths. However, the amount of cases was important per capita, and the services were expecting more requests from frontline health professionals for consultation. “We had minimal requests from them.”

Apart from one case during the first weeks of operation of the Famagusta reference hospital for coronavirus, not many health professionals contacted the services for support, consultation or advice.

The case involved some of the cleaners who were alarmed after seeing scared patients while cleaning their isolation rooms. A group of experts visited the hospital for an informative seminar and a crisis was averted.

“Those workers are in the background but at the same time the frontline,” Platrides said.

Based in Nicosia and Limassol, Vasiliades was used to offering Skype calls to people across the island or even France. His patients with chronic depression or bipolar disorder who might have been stable before the pandemic deteriorated during the outbreak and lockdown.

“I have patients in mania phase. They found it really hard to stay at home because they don’t have a sense of danger,” he said.

Meanwhile others were getting panic attacks because they were terrified of the risk of infection. “I had some people who were washing their hands 40 times per day and now they wash them 100 times per day.

“I believe about 60 per cent of my patients deteriorated during the pandemic,” he said, “while 40 per cent remained stable or even got better.”

He added that even though a lot of people argued with those they live with, some couples managed to work through their problems during lockdown. “Some people liked staying at home! They had the opportunity to do things they were putting off, or bond with their family,” Vasiliades explained.

The psychologist noted that it was mainly people with underlying mental issues who were affected by the virus, but said it is possible for people who did not have any problems to experience post traumatic disorder (PTSD) just by watching the news. The symptoms might appear right away, or after a few weeks or up to a year later, especially considering financial loss or loss of loved ones, Vasiliades said.

The only psychiatric hospital in the island has surpassed its capacity and is currently treating 96 patients, head of mental health services at the ministry Anna Paradisioti told the Sunday Mail.

“We continuously try to manage the beds so we can have admissions,” she said.

At the same time, people who were close to their release were discharged, to allow new patients to be treated.

The hospital had the capacity to treat about 100 patients at the time prior Covid-19. However, beds are expected to have larger distances among them due to coronavirus measures.

Head of the Pasydy Mental Health Nurses Andreas Andreou said many patients who are treated return to the clinic. Patients who are released from the hospital are not monitored by a professional and it is easy for them to relapse, he said. Also, those with a background in mental illnesses are more likely to be affected by the current crisis and the lockdown measures.

In a recent report Ombudsman Maria Stylianou-Lottides said the hospital’s building, built in 1964, requires renovation and the current state is unfit to treat patients.

Lottides called for the hiring of a pathologist and for patients to participate in outdoor exercise when possible.