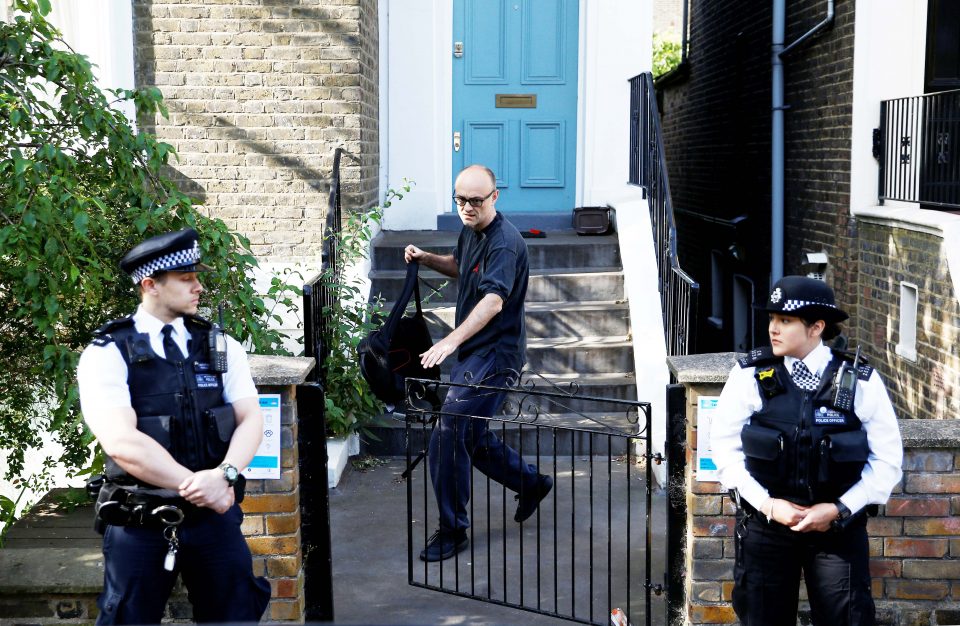 The comings and goings of Dominic Cummings

Under English law there is one law for rulers and another law for subjects.

The ‘comings and goings’ of Dominic Cummings, Boris Johnson’s alter ego, are fading fast but the issue they raise remains of great concern to many people. It is whether there is one law for rulers and one for subjects.

The answer will surprise most people. Under Britain’s unwritten constitution: “prima facie the law made by the Crown is for subjects and not for the Crown.”

The principle is called Crown immunity according to which legislation contained in an Act of Parliament does not bind the Crown: not as Monarch personally, and not as the executive arm of government, unless the  legislation provides expressly or by necessary implication that a particular law binds the Crown.

However, I don’t think this helps Dominic Cummings as he is not a minister of the Crown nor a civil servant and strictly is not part of the executive. In any case I don’t think the way he conducted himself as paterfamilias had anything to do with his role as the prime minister’s adviser to attract any immunity.

The essential facts of the Cummings case are that he was seen on television decamping from Downing Street the day it was announced that Boris Johnson and his health minister, Matt Hancock, had contracted the virus, which I believe was March 27.

Cummings went home and after discussing with his wife about childcare for their 4-year old son if they both came down with coronavirus, they decided to drive to Durham that night. His parents had a spare place for them to self-isolate where they would have access to childcare from his family if the need arose. So, it was eminently sensible to be near his family, and most of his critics should cut the humbug because they would have done the same.

As expected, both he and his wife developed full blown Covid-19 the next day. On April 5 their little boy also fell ill and he was taken to hospital by ambulance accompanied by his mother. By the next day the boy was better and Cummings drove to hospital to pick them up without interacting with anyone.

By April 12 Cummings and his wife had recovered sufficiently to think about returning to London.  However, he claims he and his wife were concerned about the effect the illness had had on his eyesight and he wanted to test his ability to drive so they drove 30 miles to Barnard Castle and back on a dummy-run.  On April 14 Cummings felt well enough to return to work and drove back to London.

The Coronavirus Restrictions Order says no person may leave the place he is living without reasonable excuse. There is then an open-ended non-exhaustive list of excuses deemed to be reasonable that includes among others, shopping for necessities, exercising, and seeking medical assistance.

So the law is flexible. It creates criminal offences, one of which is that a person who leaves the place where he is living is guilty of an offence punishable by a fine but it is subject to the requirement that the prosecution has to prove beyond reasonable doubt that an offender did not have a reasonable excuse.

Cummings could have been charged on three counts: leaving the place he was living in London for Durham; leaving his home in Durham for the hospital; and the trip to Barnard Castle and back.

A magistrate trying his case would probably have little difficulty with his trip to Durham on the grounds that the welfare of his child was paramount and few would blame him for putting his little boy’s welfare above all other considerations.

Personally, I would also give him the benefit of the doubt about his trip to the hospital, since he did not expose anyone to danger and probably drove there because he wanted to be a bit of a hands-on dad.

However, his excuse about driving 60 miles to Barnard Castle and back to test his eyesight is problematic. It is what my favourite Chief Justice the late Lord Taylor used to call a florid defence – one so elaborate or wild it is not plausible.

The best example of a florid defence was put forward by an old German actor friend of mine who died a few years ago and who used to drink a lot of wine. His favourite was a German white called Liebfraumilch.

In about 1985 he was arrested at a supermarket in Notting Hill Gate in London W11. He had three bottles of Liebfraumilch in his bag but had only paid for one. He was taken to Notting Hill police station where he was interviewed by an old police sergeant.

When asked to account for the unpaid bottles of wine, he told the officer an amazing story.  He said he was a member of Amnesty International and that he heard that the police at Notting Hill station mistreated detainees. He therefore decided not to pay for the two bottles on purpose to get himself arrested and be brought to the station in order to personally investigate the treatment of detainees at the police station first-hand.

The police sergeant’s response, which I recall from the transcript of interview, was memorable: he said: “In all my years in the law I have never heard such a cock-and-bull story as the one you’ve just told me.” My friend was tried for theft and found not guilty by a jury at the Knightsbridge Crown Court. Nevertheless, I still think his defence was nonsense even though the jury concluded it was or might be true.

Dominic Cummings’ uncle the late Sir John Laws, a retired Court of Appeal Judge who sadly died of coronavirus related complications on April 5, 2020, said of his nephew: “Dominic talks more sense than nonsense.” Which was spot on if you think of the defences he has put forward about his recent comings and goings: two of them make sense and one is nonsense.

I knew John Laws well. He was my adversary in at least a hundred cases in the 1980s and early 90s before he was elevated to the High Court and Court of Appeal.

He was the best appellate advocate I have come across, and the best judge in England on the British constitution, but he was as ruthless as his nephew is reputed to be – fearing precedent he preferred to concede the few cases he could not win rather than lose them.