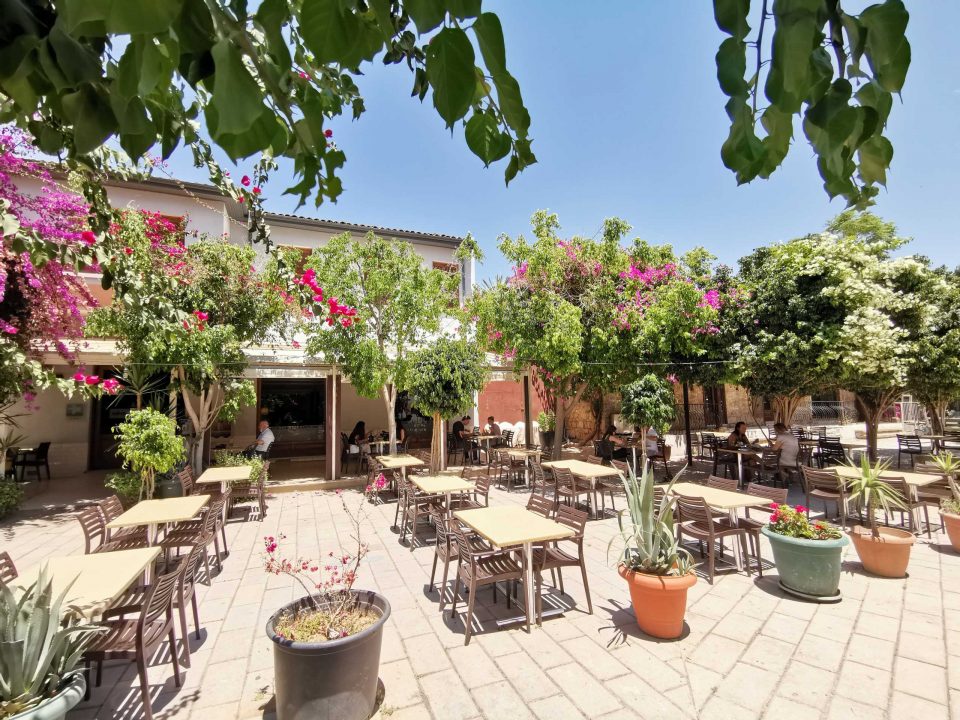 With zero new cases of Covid-19 for just over a month in the north and a steady and reassuring decline in the south, both sides are looking at increasing movement.

Even though the Republic has announced that as of June 9 the first tourists will be able to set foot on the island, there is no firm date for re-opening the checkpoints.

And while the bicommunal Technical Committee on Health meets on Monday to evaluate the epidemiological data from both sides to review prospects for free movement, the authorities in the north are indicating that a “normalisation” of crossing regulations and a full return to business as usual should not happen until the south experiences 14 consecutive days without a single new case of coronavirus.

‘Will they or won’t they open again’ is the line of speculation among those distrustful of the real intentions of the decision makers on both sides of the Green Line. But the optimists, ever sanguine, point out that over the last 17 years, despite a few bumps and minor setbacks, free movement between the two communities has created a two-way flow of interdependency that might prove difficult to halt. The current closure puts numerous livelihoods literally on the line whether north or south. Nowhere is this more evident than on the north side of Nicosia’s old town, in the vicinity closest to the Ledra Street crossing. 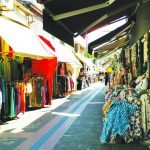 Despite its turbulent history, this part of Nicosia has always retained its character as the once undivided capital’s trading centre. Buffeted by Turkey’s financial crises of the early 2000s, the Bandabuliya market, the merchants of Arasta street and tourist lure of the Buyuk Han were all given a new lease of life when the first crossing opened in 2003 and even more so when the Ledra street crossing finally opened in 2008. Now, with these vital lifelines shuttered, the area’s businesses struggle to survive. And their SOS message to the politicians is very clear – the crossings have to open.

“Before 2003 we were selling clothes made in Turkey, very cheap and simple, and our customers here were Turkish Cypriots and Turks,” owner of one of the area’s main boutiques Hatice Yorgozlu recalls, as she stands forlornly among piles of delicate silk scarves and colourful pashminas.

“After 2003, we changed the profile and started bringing these kinds of things. Now our clients are mainly from the south and tourists. Turkish Cypriots don’t buy here.”

Hatice established her shop in the early 90s but her family have been traders in the area since the beginning of the 20th century. The current situation is as bad as that in the early 2000s, she says, admitting she is very worried about what the future will bring.

“Some foreign students come to buy sunglasses. Otherwise I haven’t sold anything for days. How long can we continue like this?”

Her claims are supported by many other shopkeepers in the area. Just two months ago, Arasta street thronged with tourists looking for bargains. A quick stroll today shows rows of empty shops.

“I haven’t sold a thing today,” one shop owner grumbles, as he prepares to pull down the metal shutters.

“It is 3pm and I am going home. There is no point in sitting around here like this.”

Lale Vudali, who also has a shop in Arasta, is more optimistic. “I have many regular customers who live in the north and they keep on coming,” she says. “I believe we have to be of good spirit. Worrying too much is not good.”

Lale’s shop sells a mix of funky cotton and linen clothes and some haberdashery. Hers turns out to be one of the few places I actually encounter some shoppers. They turn out to be four Azeri artists who came to the north in March to participate in an academic conference and had to remain because of the travel stoppage.

“We love it,” the ladies say in Russian, having come to Nicosia for a day’s sightseeing from Kyrenia. “We paint every day and this is good for us.” Later on I bump into them again in the Buyuk Han. Again they are the only tourists.

In the huge yard of the 16th century Ottoman inn, a solitary white-haired lady sits in front of her shop watching them. All other shops are closed. The lady is embroidering.

“I was even hesitant to come,” she says. “The place is dead. But in a funny way there is some enjoyment to be had just sitting here in such peace and quiet. It is a beautiful environment so here I am, just relaxing.”

Another Buyuk Han shop owner, when contacted by the Sunday Mail, says she might restart her business again next week.

“But really I am in two minds on what to do. On one hand I need to work to be able to survive and pay my bills. And to do so we need the crossings to open urgently and the tourists to come. On the other hand, I am afraid what will happen then because there is still coronavirus in the south and it might come here again. And I am over 60 with some health problems so it will be a high risk for me. So the choice for me is either to risk dying of hunger or of coronavirus.” This may be bleak gallows humour but there is no doubting the seriousness of her dilemma.

Another shop owner whose premises are located just outside the Buyuk Han is open and tells me he has just decided to halve the price of everything.

“What worries me the most though is that even then it might not help because there is nobody here to buy anything. We are sitting here slowly dying,” he sighs.

Hasan Cirakli is the owner of the one of the best-known groceries in north Nicosia. The family business started in Ermou street at the beginning of the 20th century before moving to its current location close to Ayia Sophia Cathedral. His business, he tells me, is down 50 per cent.

“What helps us enormously is the presence of African students. They know we stock a lot of their special food so they come here even from Kyrenia and Famagusta. Our regular customers come as well but frankly I have never witnessed the situation like this before. Even during the 1974 war these streets were never so empty for such a long time. Now we are empty.”

One of the most popular restaurants Sabor is also suffering huge losses. “We reopened on May 20 and introduced all the rules imposed by the authorities to fight the spread of the virus,” says co-owner Fatma Hussein.

“The tables are 1-1.5 metres apart, waiters wear masks and all patrons have their temperature measured. We also take details of all our guests, just in case we would have to contact them if there was a case. We have people coming for lunch and dinners but mainly the younger generation. Older people still prefer to stay at home.”

Fatma says Sabor has lost 75 per cent of its turnover. The restaurant is frequented by Turkish Cypriots, Turks, expats, students, tourists and Greek Cypriots.

“Basically the truth is when you work in a restaurant and sell food, the profit margin is low so every little change in numbers influences you. I think this year will be all about survival. If we can pay our bills and have some minimum wage for ourselves it will be good. But if there is a second wave, we will have to close down completely till the next year. So right now, let’s just hope that won’t be the case.