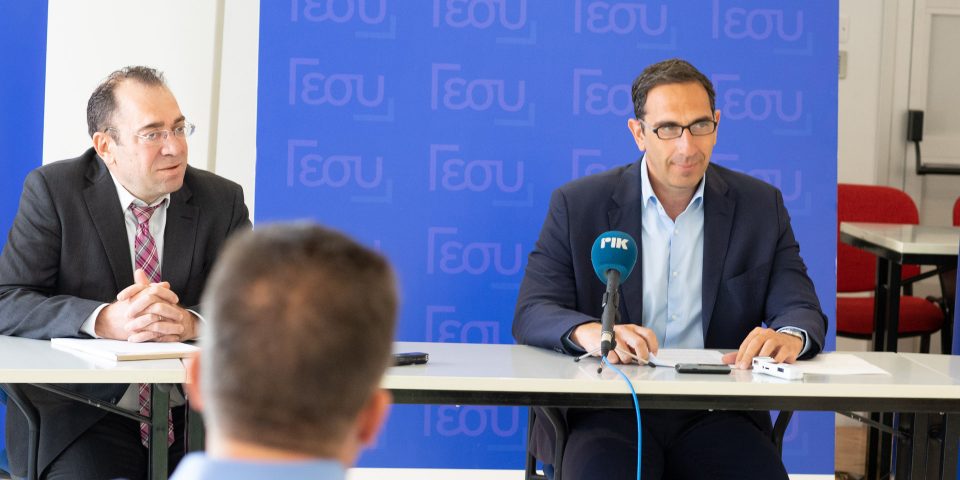 The government on Monday welcomed the full implementation of the of the national health scheme (Gesy) pledging to iron out the problems that lie ahead.

President Nicos Anastasiades hailed Monday, the day inpatient care was launched, as historic as it marked the full implementation of Gesy after efforts spanning decades.

“It is a really historic day because we are realising a decades-old vision for our country as the general health system is complete with the start of its second phase,” the president said.

At a press conference later in the day, Health Minister Constantinos Ioannou said the second and final phase of Gesy basically completes “the biggest reform that has taken place in our country since the 1960s”.

“Today is a milestone for the ministry of health, for the state, for society, for every citizen of the country,” Ioannou said.

In the midst of the difficult conditions caused by the Covid-19 pandemic, stakeholders persevered to make the introduction of the inpatient care possible, he said.

Following the pandemic, there had been thoughts of postponing the second phase until September but it was later decided to stick to the initial plan of launching inpatient care on June 1. The first phase, which concerned the introduction of outpatient care rolled out on June 1, 2019.

Not all services offered by private hospitals will be immediately available, most importantly the accident and emergency departments for which people will still have to pay for the moment. The services of private hospitals’ A&Es are expected to be introduced in September or October as well as those of clinical dietitians, occupational therapists, physiotherapists, speech therapists, clinical psychologists, ambulance services, dentists and palliative and restorative health care.

Beneficiaries have been urged before receiving a service from the private sector to first ask whether it is covered by Gesy.

The minister thanked the 2,138 general and specialist physicians who joined Gesy but also the more than 40 private hospitals that agreed to offer their inpatient services.

“With everyone’s cooperation we can build a model health system,” Ioannou said.

The minister admitted, however, that a long, difficult road lies ahead which must be overcome.

He said that both his ministry and the Health Insurance Organisation (HIO) that runs Gesy, are fully aware of the problems to come during the initial stages including delays in operations until the system fully develops.

“Undoubtedly, we will need time, perseverance and patience to properly organise the system, to adapt it in such a way that it meets the maximum needs of our patients and makes us proud,” Ioannou said.

Taking a swipe at detractors, the minister said that since June 2017 when the Gesy bills were passed by parliament to-date, the health scheme has been through many obstacles and “was unjustly attacked”.

“It withstood the pressure, already counting one year of operation,” Ioannou said, adding that the state, the HIO and society were able to prove wrong those predicting it would collapse.

The minister pointed out that the introduction of the second phase has “torn down the great wall between the public and private health sectors”.

On how a balance could be struck in the beneficiaries’ preference for private hospitals, Ioannou clarified that it was not the role of either the ministry or the HIO to regulate where people would go to receive health services. “The big advantage of Gesy is that there is free choice,” he said.

“During the first few weeks we expect a lot of people to go to private hospitals, but gradually there will be a balance,” he said, adding that slowly the situation will normalise as this will be determined by the laws of the market.

HIO’s head of the board, Thomas Antoniou said that of the around 40 private hospitals that expressed interest in joining Gesy based on the current agreement, 27 have signed contracts so far with the rest expected to sign very soon.

He said that for private hospitals that decide to join Gesy at a later stage, different conditions will apply. These conditions will be set by HIO within the coming weeks, he said.

The government, however, still needs to sort out problems with state doctors and nurses. Specialist doctors are negotiating with their employer, the state health services (Okypy) financial incentives to convince them to remain in the public sector, while nurses’ grievances concern understaffing. One nurses union, Pasyno, has threatened to take measures if their requests are not met.