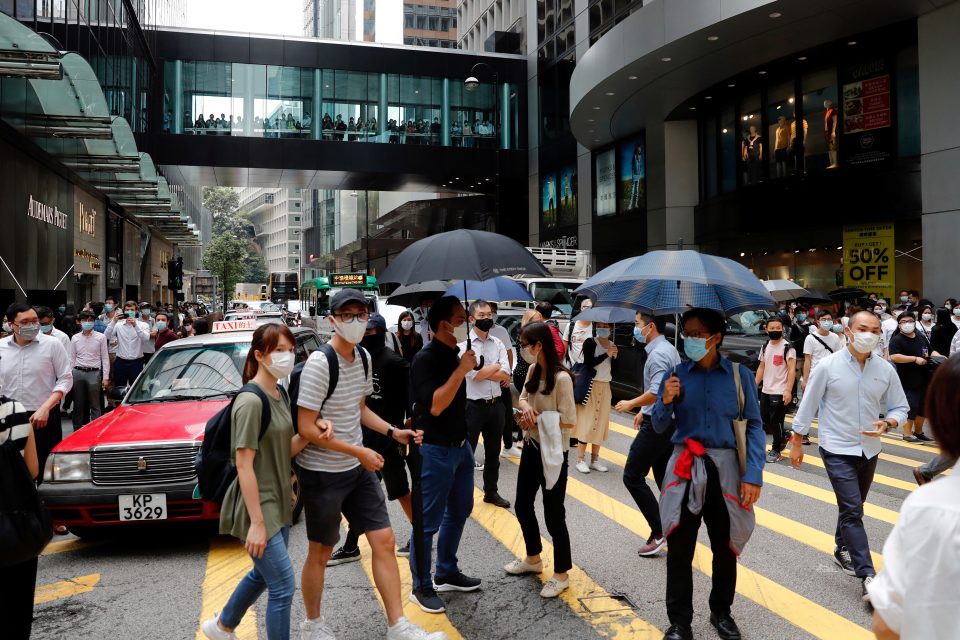 On May 29, the US President carried out his threat by launching so-called sanction measures against the decision of China’s National People’s Congress (NPC) on the national security legislation for the Hong Kong Special Administrative Region (HKSAR). US Secretary of State responded unusually fast by voicing positions and issuing statements. This was in sharp contrast with US government’s delayed response to COVID-19 which has caused over 1.7 million infections and 100,000 deaths.

On the same day, US President labelled the demonstrators, protesting about George Floyd’s death, “thugs” and said he “can’t stand back and watch this happen to a great American city”. We cannot help recalling another US politician who glorified the violent damage on a great Chinese city – Hong Kong as “a beautiful landscape.” People begin to wonder if the fate of Hong Kong’s violent separatists is more important than the lives of American people, even if interference in other countries’ internal affairs has long been a hobby of hawkish American politicians. If US President can threaten to shoot the so-called “thugs”, why can’t China’s NPC legislate against real mobs? There is only one answer: when it comes to Hong Kong, the US easily falls into the role of a “sleep pretender” that can never be woken up.

Hong Kong returned to China 23 years ago. The Hong Kong SAR has not been able to complete the national security legislation in accordance with the constitutional requirements for various reasons. This is the major reason why the chaos in Hong Kong has intensified in recent years and heavily affected its stability and prosperity. Under such circumstances, it is entirely reasonable, legitimate and imperative for China’s NPC to establish and improve the legal system and enforcement mechanism of the HKSAR, to safeguard national security at the national level in accordance with China’s Constitution and HKSAR’s Basic Law. The purpose of the legislation is to effectively prevent, stop and punish any acts and activities that seriously jeopardize national security, including splitting the country, subverting state power, organizing and carrying out terrorist activities, as well as any acts by foreign and external forces to interfere in HKSAR’s affairs. It is to curb a very small number of illegal and criminal acts while protecting the lives, property, basic rights and freedoms of the vast majority of Hong Kong citizens. Back to the question of “sleep pretender” – some internal and external reasons exist for US’ unscrupulous moves against HKSAR.

Internally, attacking and interfering in China’s internal affairs is politically correct in the US. If interest groups want to increase military spending, their ambitions can be fullfiled by raising the China issue. If politicians fail to provide a state policy to win over voters, their incompetence can be covered up by raising the China issue. For the failure to fight the spread COVID-19 and explain why to the public, blaming China allows them to shirk their own responsibilities. For breach of international treaties, membership exit and suspension of funding to international organizations, blaming China can shift attention.

Externally, it is because there are indeed some countries, which are unable to tell right from wrong or even adopt the U.S. stance as their own, despite serving as followers for so long. Such mistaken acts have led the US further down the wrong path. As Friedrich Hegel warned us: “The only thing we learn from history is that we learn nothing from history.” This is especially true with regard to two World Wars, Iraq War and current chaos in the Middle East. The UK does not allow Scottish independence but encourages “independence seekers” in Hong Kong; Australia tried hard to put out forest fires but condoned mobs in Hong Kong in setting fires; Canada is concerned about the independence of Hong Kong’s judiciary while its own is in serious doubt. This world has turned upside down. As regards the police violence in the US this time, have the “followers” voiced any worries or concerns so far?

Anyone with a basic knowledge of international law and international relations should know that interference in other countries’ internal affairs benefits no one. Europe is still suffering from the migrant problem which is a direct result of external interference by the US in the Middle East. Anyone who has morality and conscience must understand that without protection of security law, a city or a country will be either in chaos or at war. What we have witnessed in Hong Kong for over six months proves how timely, important and correct was the decision of China’s NPC regarding Hong Kong national security legislation.

In my opinion, the main purpose of China’s Hong Kong security law is to restrain the violent mobs, the top priority of the US should be saving innocent people from dying, and the number one objective of Europe should be helping families out of unemployment. The common goal for countries worldwide should be completely ridding the world of COVID-19 as soon as possible. I believe that the world will be a better place as long as everyone does his or her own job well while allowing others to be good. The future of humankind will be bright as long as everyone concentrates on doing the right things and putting the saving of lives above all else.

Huang Xingyuan is the Ambassador of China to Cyprus

Minthis restaurant reopened to the public