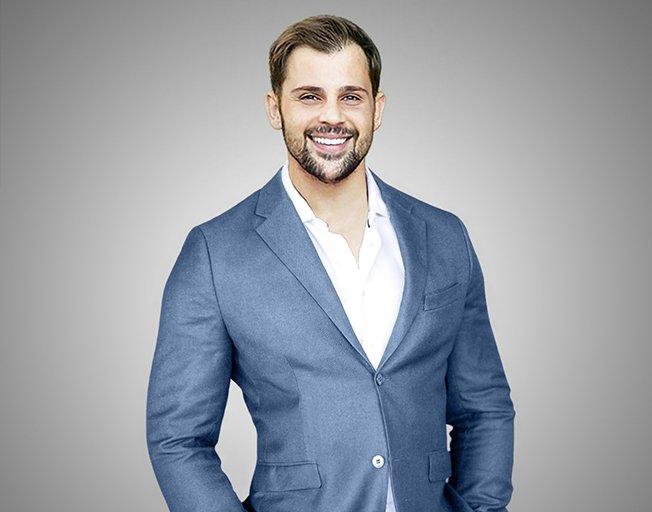 Andrew Anastasiou, whose father is a Cypriot, started a slew of successful companies in fintech and payments, and their worth is reportedly in the seven-zeros area

At the age of 24, Andrew Anastasiou left the City of London for Kiti, Larnaca with just a stack of ideas and an iron will to succeed. He arrived in Cyprus just after the financial crisis, but that didn’t faze him either.

Six years later, at the age of 31, Anastasiou, whose father is a Cypriot, has started a slew of successful companies in fintech and payments, and their worth is reportedly in the seven-zeros area (he doesn’t confirm this figure, but admits he’s doing rather well).
He has business interests in Lithuania, Mauritius, Belize, Germany, Estonia and Africa.

“I’d been working for a Canadian company in London, in the payments area for low-risk clients,” he told the Cyprus Mail in an interview. “But I felt that certain types of high-risk clients offered better opportunities. So I combined starting up new businesses with starting over in Cyprus – which I love.”

Seeing the potential of fintech applications for Cyprus financial services businesses, Anastasiou started out just cold-calling potential clients. He sold enough of them to launch his platform, WireWallet, an online banking platform that provides accounts with the identical services of a bank account and more. Users obtain dedicated IBAN’s identical to those you would obtain when opening a traditional bank account, but then can use the accounts to trade currencies online.

“Setting up a bank account in Cyprus involves a great deal of time and paperwork. And even then some business customers are turned away. Our platform allows you to do everything you need to digitally. And it only takes a few minutes to set up an account,” he explains. (WireWallet doesn’t accept cryptocurrencies, but clients can use their accounts to trade them on other sites, if they choose).

Anastasiou found that the big foreign exchange houses in Cyprus offered a ready market for this product, as did the gaming industry. As the company grew, it reached global merchants as well. Today, WireWallet has more than 2,000 clients around the world.

And, because the company’s operations are almost entirely digital, Anastasiou runs it with only six employees.

“We had no trouble finding workers with the skills we needed in Cyprus,” Anastasiou says. “I can recruit people from the forex companies, and then train them. The important thing I look for in a job candidate is the willingness to learn.”

Along with creating and managing WireWallet, Anastasiou manages payment companies in a number of markets, notably Mauritius, where he also has a banking license. Mauritius is a kind of gateway to continental Africa, and Anastasiou is already building a new company there. Called Lyncpay, it provides the means for the vast numbers of people in Africa and Brazil who cannot obtain bank accounts to gain access to digital finance.

“People can buy an e-voucher at a kiosk, and load it with cash,” he explains. “It can be as little as (the equivalent of) five euros, or up to a fixed amount that seems appropriate to a household – there are limits on deposit amounts, of course. They can then use those funds to pay bills, make online purchases, etc.”

Anastasiou is talking to some of the big remittance companies in Africa about offering this service.

Hollywood can’t get the insurance it needs