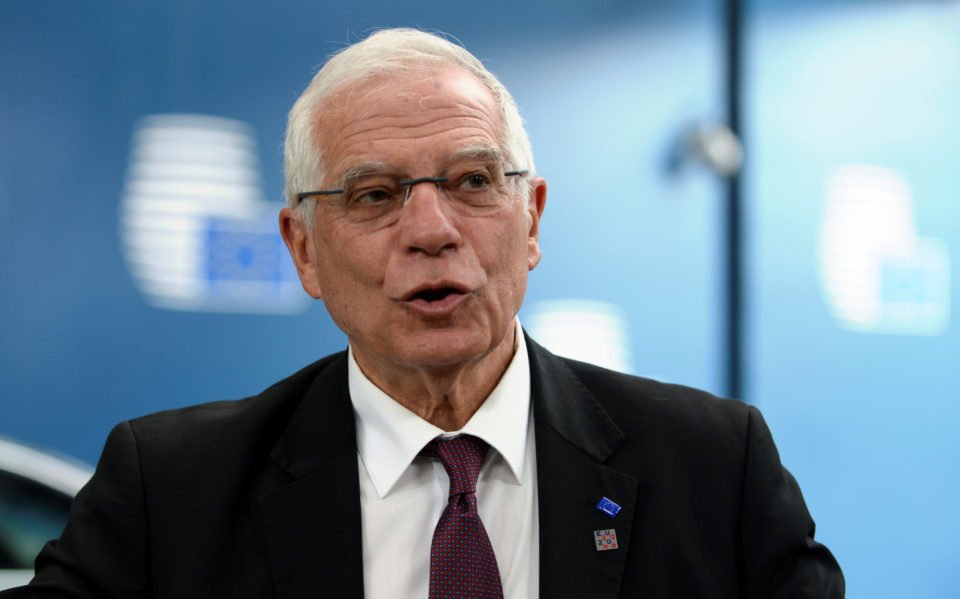 Foreign Minister Nikos Christodouldies and his German counterpart Heiko Maas on Tuesday discussed the illegal drilling by Turkey in the Eastern Mediterranean as well as the EU response to the Turkish moves.

In a post on social media, Christodoulides said the two had an open and constructive exchange of views on issues concerning the EU, of regional and bilateral interest and the recent developments in Eastern Mediterranean.

They also discussed tourism issues, with Christodoulides underlining Cyprus’ readiness to welcome German tourists to the island again from June 9, when airports in Cyprus will reopen.

Commenting on a recent announcement by Ankara they would be conducting natural gas exploration activities near Crete and other Greek islands, Borrell said the bloc was in close contact with both Athens and Nicosia about the situation in both countries.

“We are in close contact with our colleagues the foreign ministers of Greece and also Cyprus in order to follow the situation of the drillings and we are calling Turkey to stop drilling in the areas where there is the EEZ or territorial waters of Cyprus and Greece. And on that the Foreign Affairs Council already delivered a strong message addressed to Turkey,” said Borrell.

He added that in the EU’s negotiations with Turkey the violations of the EEZ and territorial waters were an issue of “utmost importance”.

“Some member states even consider that as far as the drilling continues talks should not be continuing. But I think the only way of solving this kind of issue is to reaching out, closer to see what can we do in order to make Turkey understand that our good relations will depend critically on the respect of the sovereignty of Cyprus and Greece on the waters under dispute,” he said.

In response, Turkey’s Foreign Ministry spokesman Hami Aksoy said: “We are fully committed to protecting both our rights and Turkish Cypriot rights in the Eastern Mediterranean. In this regard, our seismic exploration and drilling activities are being carried out according to the previously adopted plan.”

The Turkish drill ship Yavuz arrived in April in Cyprus’ exclusive economic zone after Ankara announced another attempt to drill a well in blocks licensed to European companies.

This was the sixth time Turkey attempted to drill within the EEZ and continental shelf of the Republic of Cyprus, this time in an area that covers part of exploration blocks 6 and 7, which have been licensed to ENI and TOTAL.

In a statement on May 15, EU foreign ministers deplored the fact that Turkey had not responded to the bloc’s calls to cease such activities and reiterated their call on Ankara to show restraint, refrain from such actions, and respect the sovereignty and sovereign rights of Cyprus, in accordance with international law.