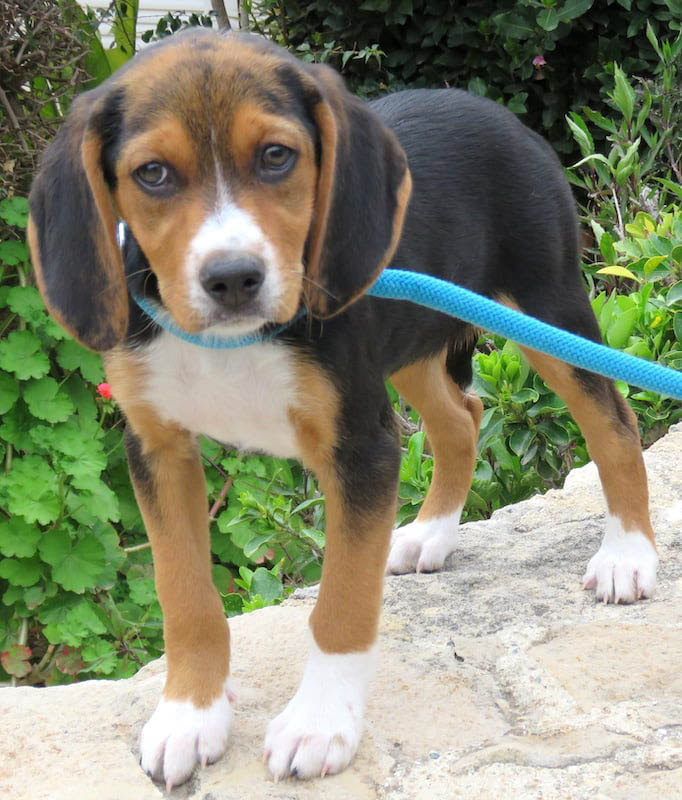 Three dogs waiting to be flown to their new homes abroad were stolen from Paws dog shelter in Achelia in Paphos in the early hours of Tuesday morning, according to staff.

Two young hounds, both female, were taken between 1am and 5am and the perpetrators are thought to have clambered over the shelter fence and closed the latched gates of the individual pens once the dogs had been removed.

Initially, the shelter believed two dogs had been stolen, however, it emerged on Tuesday lunchtime, that a third female hound was also missing. Hope, who shared a pen with a similar looking dog, was miscounted into the total, before Harris realised that she too, had been stolen. Hope is four years old.

Six-month-old Polly and two-and-a-half year old Dana both had homes to go to and were waiting for flights to Germany and the UK respectively, Polly was due to travel two weeks ago, but her flight was cancelled due to travel restrictions in the wake of the Covid-19 pandemic.

“We are all devastated, nothing like this has ever happened before in the 13 years that the shelter has been here,” shelter manager, Matthew Harris told the Cyprus Mail on Tuesday.

He believes that the animals were stolen for breeding and is appealing to the public to help in locating them and returning them to the shelter so that they may go to there forever homes.

“Just because they were stolen in Paphos doesn’t mean they will stay here. They could end up in Ayia Napa or anywhere and we need the public to keep an eye out for them,” he said.

The Cyprus Association for the Protection and Care of Animals, CAPCA, is the official name of the registered charity which was established around 35 years ago, however, it is known as ‘Paws’, which is the name of their dog shelter in Achelia, found close to Paphos airport.

The shelter is a care facility for abandoned, rescued and abused dogs in Paphos and the surrounding areas.

The theft has been reported to Paphos police and posters have been distributed to the police, local vets and other establishments.

There is no CCTV at the shelter as there is a lack of a continuous mains electricity supply, which is currently produced by a generator.

The charity exist solely on donations, fund-raising, sponsorship and money raised through their charity shop.

Anyone with any information relating to the theft or whereabouts of the stolen dogs is requested to contact Paws, Paphos police, or the citizens hotline number 1460.(This may be done anonymously.)

Louis Vuitton designer apologises for comments on US protests