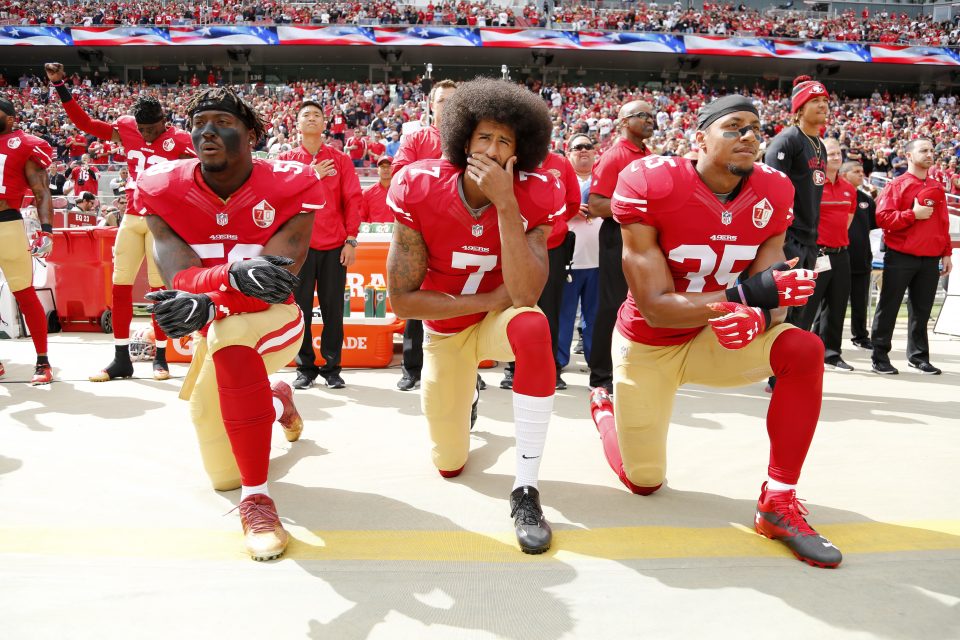 Colin Kaepernick, best known for kneeling during the national anthem in protest of police brutality and racial inequality in the United States

In the wake of the killing of George Floyd by a group of police officers in Minneapolis, and the wave of demonstrations and riots that followed, major international brands, like Nike, L’Oreal, and Netflix have taken a public stand against racial injustice.

Is this just grand-standing? Are these brands just seeking to stay in the public eye? Some observers say that major brands should take action along with just making statements.
A look at how they’ve gone about it speaks volumes.

Netflix went on Twitter to say: “To be silent is to be complicit. Black lives matter. We have a duty to our black members, employees, creators, and talent to speak up.” The company has a strong record in employment diversity, so the words are not empty.

Nike has taken a stand on racism previously, and even run a controversial ad featuring former NFL football player Colin Kaepernick – famous for standing up for black players’ rights.
Last weekend Nike ran national advertising with the slogan: “For once, don’t do it. Don’t pretend there’s not a problem in America.” The ad reportedly received a strong response on Twitter.

L’OrealParis posted an Instagram, saying: “L’Oréal Paris stands in solidarity with the black community, and against injustice of any kind. We are making a commitment to the @naacp to support progress in the fight for justice. #BlackLivesMatter.

Twitter, for its part changed its profile image to a black-and-white version of its logo, accompanied by the hashtag #BlackLivesMatter.

Google added a supportive message beneath its search bar that reads: “We stand in support of racial equality, and all those who search for it.”

Does all of this make a difference? Consultant Robbie Abed says it does, when companies join actions to their words. According to research from the Hass School of Business at Berkeley, 90 per cent of millennials will choose brands that support an issue they care about.

Companies tend to link to social causes that relate to their main business, Abed points out. So Gillette, primarily a men’s company, stays on top of male-related issues.

Everyman is a brand for menswear, coffee, alcohol, and barber shops, and the company donates a portion of every sale to helping organisations that provide male mentors for boys. Everyman’s for-profit purpose and its social mission make sense together.

Patagonia, which sells outdoor wear, has pledged to give one per cent of its revenue to making positive environmental changes.

Facebook’s Mark Zuckerberg announced last week that he was donating $10 million to groups working on racial justice. So he has credibility when he writes on his Facebook page: “The pain of the last week reminds us how far our country has to go to give every person the freedom to live with dignity and peace. It reminds us yet again that the violence black people in America live with today is part of a long history of racism and injustice. We all have the responsibility to create change.”

For Abed, these messages do make a difference: They help to register a level of public concern. In the midst of the wave of violence that has engulfed many American cities, they show that there is also a measured response from big business.

Ivana Aresti – Book Binding with your little one