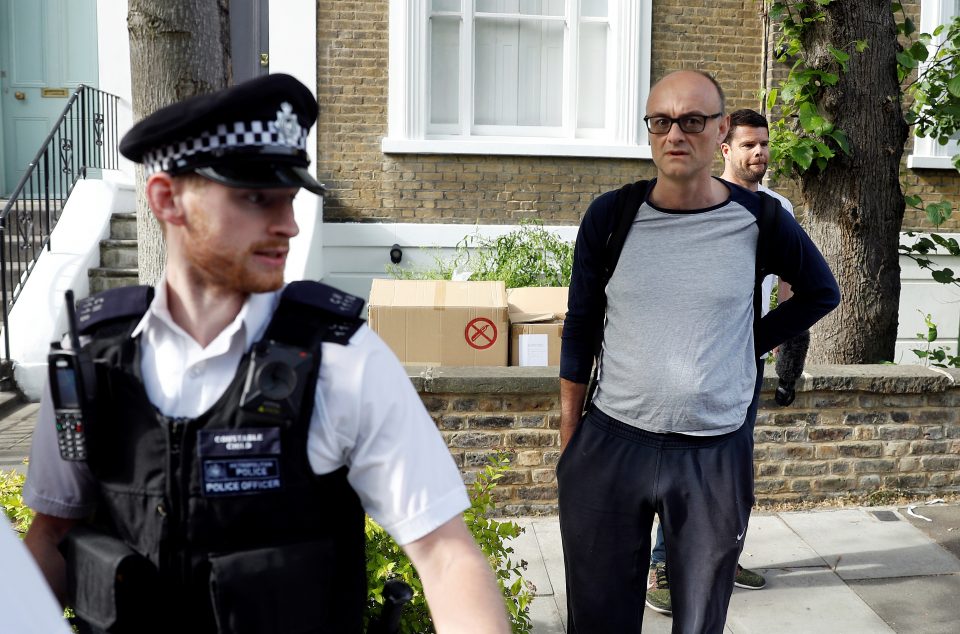 By the time this goes to print the Sword of Damocles hanging over the head of Boris Johnson’s highly valued advisor Dominic Cummings will have dropped and eliminated him from the Number 10 team, or Boris will have got away with treating his electorate with arrogant contempt. I have Brit friends, who think Boris is ‘hot and vital’ and others, older, who joke that Boris’ hair looks the way it does because of short fusing of the synapses firing rapidly below it. The anti-B’s believe that the Prime Minister depends on Cummings to corral and clarify whirling thoughts in his head and put a brake on them for public consumption.

I don’t do politics because there are people who write for this paper much more qualified than I am to assess and analyse the way political things are. However, Cummings’ road trip has divided the opinion of said Brit friends due to the blatant way in which Boris defended the act of defiance by the mind that helped establish lockdown rules. My anti-B’s say it clearly showed that Boris believes in one rule for the more equal among the people. The media backlash in the UK was gratifying for those Anti-Bs because, they complained, Cummings hadn’t even been fined.

We moan here about politicians getting away with bad doings and not having the decency to resign once the finger is pointed. Yet the Prime Minister of the UK was confidently openly attempting to steer his controversial ship away from his friend, to move it on, and expecting the people to follow sheep-like in his swell. Hitler thought he was dealing with Brit sheep too, look what happened to him.

It irked the anti-B’s because of the intelligence-insulting excuses given by Boris in a tone confident of total obedience. The pro-Bs actually felt cringe-worthy sorry for Cummings during his interview, he had a valid reason the poor guy, the media hated him. Poor guy? I asked them why was this highly paid man unable to employ the best care available for his family in London? They admitted that perhaps Boris hoped, like the old propaganda sheaf implies, if there’s a grain of truth in a silo of glib fibs, you can get away with it.

I was a single parent who worked long, exhausting hours, as many women do, while trying on my own to cook and keep a clean home for the brood, see to it they got to school on time, did homework etc. It used to grind on my nerves not to mention my unfortunate teeth to read articles about celebs, movie stars, royals saying how hard it was to work when they had children or when a new baby arrived, sleepless nights, huge responsibility and so on. Unbelievable considering they had people to pick up their knickers or their boxers/Y-fronts, when they dropped them, and to crawl out of bed to give a babe a night bottle.

My best Irish friend has an autistic son we’ll call Sean who spends time in an institution where he has as good a life as is possible. My friend is a mid-seventies widower with health problems who can’t be wholly responsible for his welfare. Family on both sides have opted out of helping in any form even in so much as taking Sean for a day out or visiting him. Too lazy, unconcerned or embarrassed to be associated with a family member with special needs. My friend was unable either to visit his son or have him home for his usual days until the danger period is lifted. He phones regularly and the question Sean insists on asking is, ‘When will all this stop? Everything begins and ends, dad.’ My friend does his best to explain that logic doesn’t come into it.

Years ago, a cousin made an unwise chalk and cheese marriage, but being Catholic was then unable to divorce her husband. She did try but was told it was impossible, her child was proof the marriage had been consummated. Her faith went into decline when someone told her that Jackie Kennedy-Onassis’ sister had been given an annulment courtesy of the Vatican when that marriage had also obviously been consummated. Excuses can always be found for those with influence, power or money while the underdog has to strain on the leash until he/she chokes.

I have no biased wings, left or right, and I found myself nodding in agreement with Alper Ali Riza, QC last Sunday when he wrote of the ‘sleek’ Sir Keir Starmer and his sharp mind. He’s a formidable foe for Johnson. Boris thrives on a supportive audience, Starmer needs no props. Boris appears to stammer at times, that’s not meant as an insult to those coping with that difficult problem. With Boris it’s possibly an acquired act when he’s oratorically firing on all cannons as he used to previously, sure of the warm, trusting glow of admiration from the majority that voted for him. It makes him appear like a child brimming with affection and bubbling enthusiasm for a game. But even the charm of the wild child has its limitations.