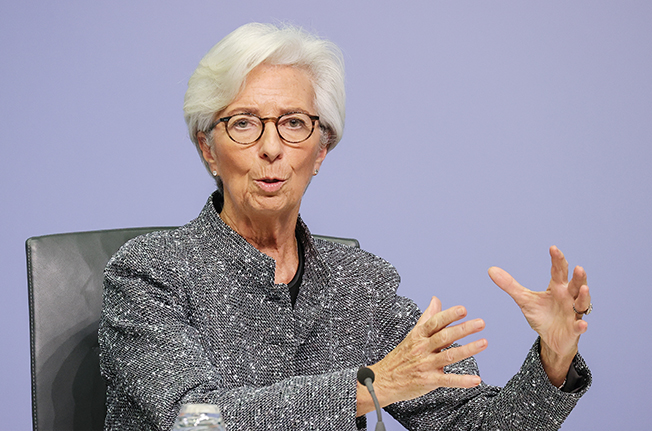 THE European Central Bank (ECB) has bought Cypriot bonds amounting to €481 million as part of the €750 billion Pandemic Emergency Purchase Programme (PEPP) launched as a response to the coronavirus outbreak.

The PEPP is the ECB’s emergency bond-buying programme intended to support the market through the turmoil caused by the novel coronavirus crisis. When it was launched on March 19, the markets jumped higher after heavy selling pressure from fearful investors had been pushing prices lower.

“Extraordinary times require extraordinary action,” ECB president Christine Lagarde said on Twitter after the measures were decided in a three-hour emergency call with governing council members. “There are no limits to our commitment to the euro. We are determined to use the full potential of our tools, within our mandate.”

Lagarde has also said: “We will not hesitate to adjust the size, duration and composition of the PEPP to the extent necessary.”

The ECB also decided to expand the range of assets eligible for purchase to non-financial commercial paper and to ease its collateral standards to allow banks to raise money against more of their assets, including corporate finance claims.

In a statement, the governing council of the ECB affirmed that it is committed to playing its role in supporting all citizens of the euro area through this extremely challenging time. “The governing council will do everything necessary within its mandate.”

Analysts felt that this move paralleled those made in the US, where the Federal Reserve is taking similar action. This bond purchasing by central banks injects liquidity into the monetary system and supports bond prices to keep the system stable. French President Emmanuel Macron has expressed his satisfaction with the ECB decisions, and vowed to provide further economic aid with fiscal support.

The new purchases by the ECB, coupled with the bonds acquired in the context of the Public Securities Purchase Programme (PSPP) bring the total Cypriot eligible debt held by the ECB to approximately €3 billion. The weighted average of the bonds purchased under PEPP was at 8.2 years.

Those bought under PSPP totalled to €2.4 billion with a weighted average of 9.25 years.
The problem for PEPP is that its funds are running out. Analysts forecast that the ECB Governing Council which convenes on Thursday, may decide to increase the PEPP’s firepower as the emergency programme’s firepower may be exhausted by the end of the summer.