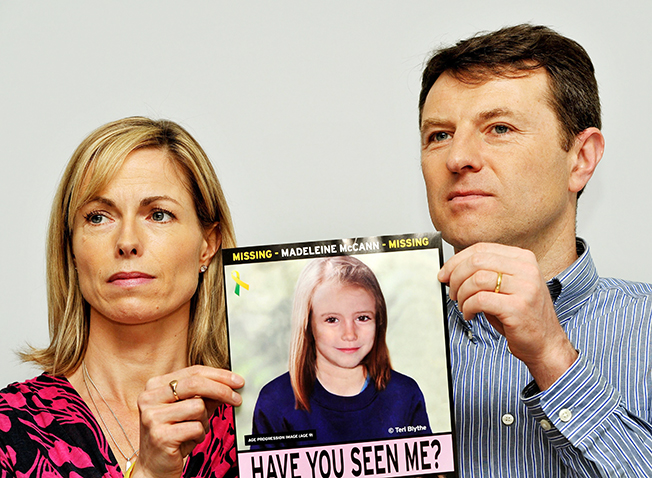 The parents of Madeleine McCann, who disappeared in Portugal in 2007 aged just three, said on Thursday that the announcement of a new suspect was a potentially very significant development in the 13-year worldwide hunt for their daughter.

McCann disappeared from her bedroom on May 3 during a family holiday in the Algarve while her parents were dining with friends nearby in the resort of Praia da Luz.

British and German police appealed on Wednesday for information about a German child sex offender currently imprisoned in Germany. He was 30 at the time of McCann’s disappearance.

“Kate and Gerry do feel it’s potentially very significant,” said Clarence Mitchell, a spokesman for the family, told BBC radio. “They’ve never given up hope that she may still be found alive but they are realistic.”

“Whatever the outcome of this particular line of investigation maybe, they do need to know what happened to their daughter to find peace and to bring whoever is responsible to justice,” Mitchell said.

Police want to speak to anyone who has relevant information on a 43-year old man, whom they did not name, or the movements of two vehicles linked to him during the period around the girl’s disappearance. Both cars, a Volkswagen camper van and a Jaguar, are now in the possession of German police.

The suspect, German police said, lived in the Algarve between 1995 and 2007 – and for several years in a house near Praia da Luz – and burgled hotels and holiday flats as well as trading drugs.

German police said the man has been “sentenced on numerous occasions to prison terms for sexual abuse of children in the past.”

They said they were treating the case as a suspected murder and had determined the method used to kill McCann. They did not believe the murder was pre-meditated and said the man was involved in crimes like break-ins and burglary.