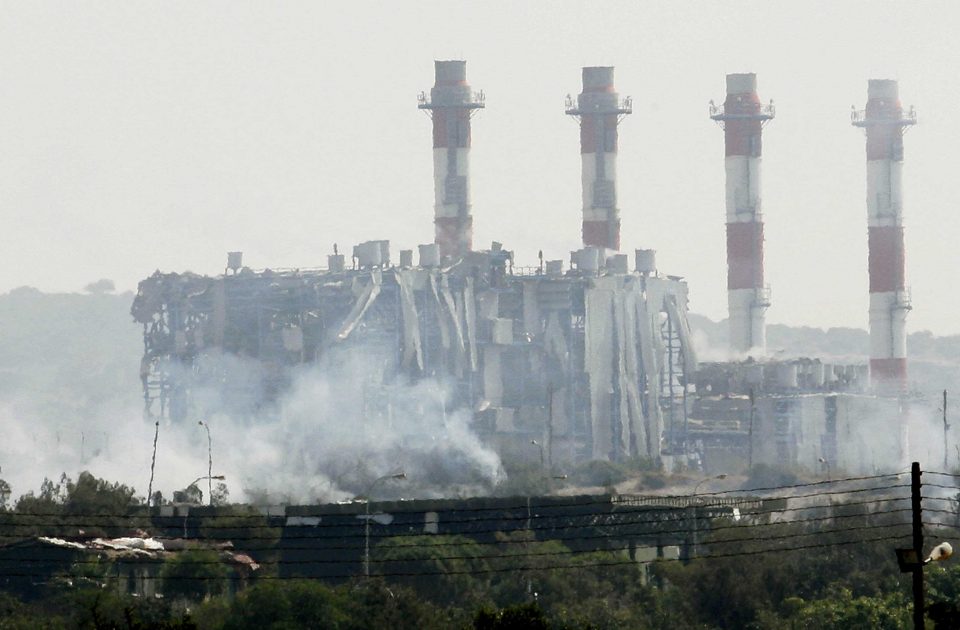 The day of the explosion in July 2011

A 67-year-old man has been awarded €247,000 in damages for long-term injuries he sustained in naval base munitions explosion nine years ago.

The Larnaca district court said the plaintiff, who was almost 58 at the time, was driving on the motorway to work from Limassol to Nicosia on the day of the explosion at the naval base near Mari on July 11, 2011.

The man worked at a construction company and was driving past Mari at the time when some containers with munitions exploded. The shockwave of the explosion pounded his vehicle causing him injuries to his face, eyes, shoulders, neck, and feet.

The windshield of his car was crushed causing him further injuries, the court heard, while the deafening sounds of the explosion left him with ear injuries. He still suffers from hearing problems.

At the time, he was treated at the Limassol general hospital A&E and the next day he saw a specialist orthopaedic and an ENT after complaining of strong headaches, nausea, dizziness, neck and shoulder pain as well as ringing in his ears.

His doctor diagnosed major hearing problems which were irreversible.

The man also had to be treated by a psychologist and psychiatrist due to the stress of the explosion and the strong feelings of fear, helplessness, and terror, the court heard.

In 2011, a medical board deemed him 75 per cent incapable of work, but the court conceded he was completely unable to work after the explosion.

“The consequences to the plaintiff, his physical health which were outlined in the court’s findings, as well as his mental health were serious,” the court said.

“While he was a healthy man, aged almost 58, extroverted, social, active and a person that enjoyed life, he became introverted, antisocial, irritable, with constant fear, unable to sleep and not able to enjoy his life. He is now 67 and his life has not improved.”

His ear condition is not going to improve, and he will have to continue taking the medication he has taken for the past nine years for it, the court added.

The court awarded the man €120,000 for the pain, suffering, physical and mental health damage, as well as loss of personal comfort.

In 2009 Cyprus had seized a cargo of nearly 100 munitions containers from the Cypriot-flagged Monchegorsk that was en route to Syria from Iran in violation of UN Security Council resolutions.

The containers were subsequently left to boil under the sun at the Mari naval base for two years until the munitions eventually exploded on July 11, 2011, killing seven sailors and six firefighters who were trying to put out the flames that broke out at the storage site, an open space at the Evangelos Florakis naval base.

The blast also incapacitated the island’s biggest power station, located next door to the base, causing rolling power cuts for a month.