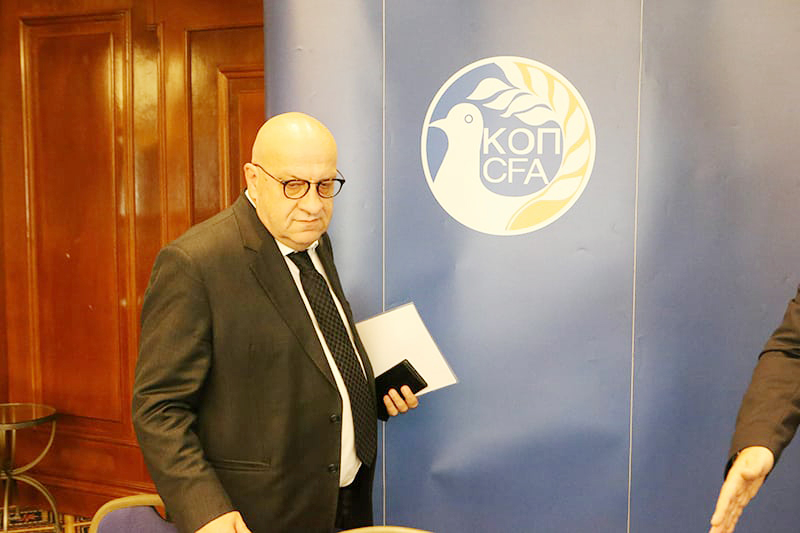 Cyprus Football Association President Goeorge Koumas. The organisation has released its revised set of rules on player transfers, loan agreements, and player registration for next season

The Cyprus Football Association (CFA) has released its revised set of rules on player transfers, loan agreements, and player registration for next season. These were approved after a vote by the CFA managing committee.

The transfer window will begin on June 9 and end on August 31 of the applicable year. The beginning and end dates are included in the window.

The CFA also released guidelines on loan agreements, including the applicable dates.
The first transfer window for loan agreements begins on July 9 and ends on September 30. The loan agreement window includes the start and end dates.

The second transfer window for loan agreements starts on January 1 and ends on January 31 of the applicable year. The window includes the beginning and end date. This also applies in the case of loan agreements which follow a previous loan agreement which was subsequently cancelled before the agreement for a second loan to a different club.

The CFA has also provided guidelines and rules on players under the age of 18.
The guidelines and rules for youth players include the following:
– The CFA will register no player who has not reached the age of 10.
– Registrations for players under the age of 18 can take place at any time during the season
– Any registration for a foreign player under age 18 will be subject to Fifa’s rules on child protection and minor players’ safeguarding
– Should the relevant rules be adhered to, all clubs have a right to register foreign players under age 18.

World governing body Fifa have updated their policies on youth players as recently as 2019. Within these guidelines, they include their five core principles around the safeguarding of minors – wealth, birth or any other status, sexual orientation or any other reason.