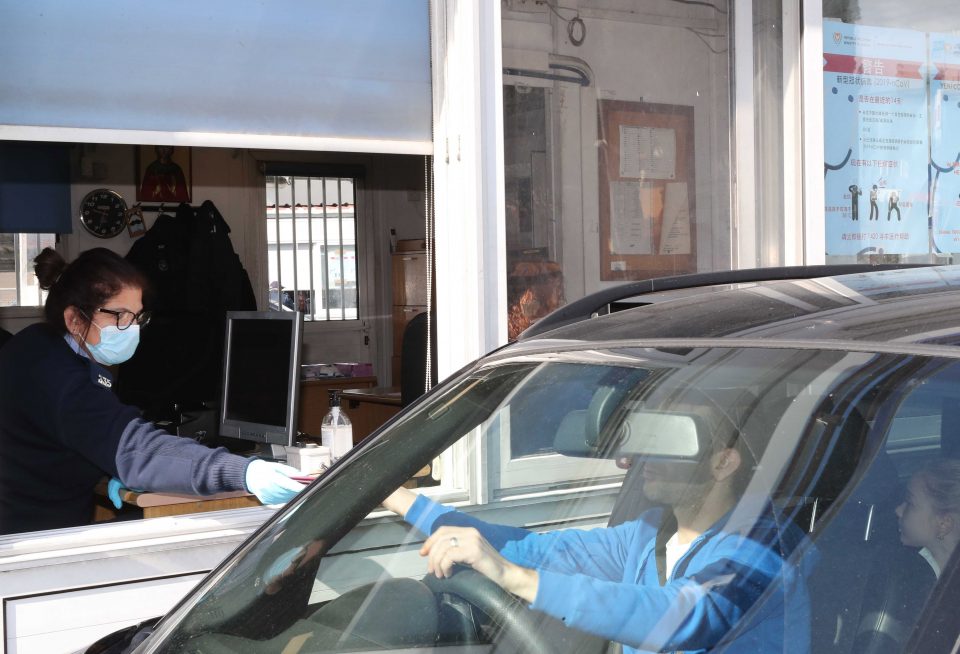 The government will be ready to reopen crossing points for vehicles from Monday as per the agreement between the two leaders, Government Spokesman Kyriacos Kousios said on Friday.

The statement follows an announcement last month that President Nicos Anastasiades and Turkish Cypriot leader Mustafa Akinci had agreed that crossings would be allowed by car as of June 8 for some groups of people.

The Turkish Cypriot ‘government’, however, had said they were the ones to decide on this issue, not Akinci.

Kousios said Anastasiades was concerned by this but called for patience pending developments.

“The president will react in some way. Let’s wait for a couple more days see how things evolve and then we will announce the president’s decisions,” said Kousios.

Akinci had a meeting on Friday with ‘prime minister’ Ersin Tatar, ‘deputy prime minister’ Kudret Ozersay and the ‘health minister’ to discuss the crossings. Akinci said after the meeting that now the ‘government’ decision was expected.

The Turkish Cypriot leader said that those who needed treatment, who go to school and who are waiting for the day to earn their salaries should not be prevented for reasons other those concerning health. He said health should continue to be the main concern but that the ‘government’ ought to act fast on this issue.

In the meantime, Ozersay had announced that as of July 1, there would be travel without quarantine and that this would also apply to crossings to the south of the island.

He also said that he had a meeting with a group of Turkish Cypriots working in the south and who were currently unable to cross to their workplaces daily.

Ozersay reportedly said some of those people who face losing their jobs would be given coronavirus tests and they would facilitate their crossing to the south. These workers, however, would have to remain in the south until the mandatory 14-day quarantine rule in the north was lifted on July 1.

The transport ministry on Friday announced that from Monday, crossings would be allowed to and from the government-controlled areas for Turkish Cypriots working, studying or receiving treatment in the south of the island, and also for the enclaved and Maronites working permanently in the north.

Though it was not initially announced, the list also includes Greek Cypriots living permanently in Kato Pyrgos in the Tylliria region but who work in Nicosia. The ministry said that crossings would also be allowed for humanitarian reasons and after permission from the interior minister.

The transport ministry said that anyone from these groups who wanted to cross between the two sides would have to present a coronavirus test certificate not older than 72 hours when they cross for the first time.

Turkish Cypriot workers will have to present a confirmation from their employers with their full name and social security number. The same applies for people crossing from Kato Pyrgos. Authorities will also be accepting copies or emails with these confirmations.

“It is understood that the unimpeded passage of ambulances from Kato Pyrgos in Tylliria to Nicosia will also be allowed,” the ministry said.

People crossing for medical reasons must present a medical certificate with their full name on it issued by a doctor or hospital.

As regards students, they will be able to cross through the Ledra Palace crossing and board buses that would take them to their schools. The busses would have to be arranged by the schools. Each student will have to present a confirmation of registration from their school or university.

Commenting on lack of confirmation by the north on allowing these group of people to cross, Kousios said the government was ready to reopen those crossings. “We cannot do anything else at this point, we do not want to intervene in political disputes in the occupied areas.”

Childhood – a symbol of life and the future, by A. G. Leventis Gallery