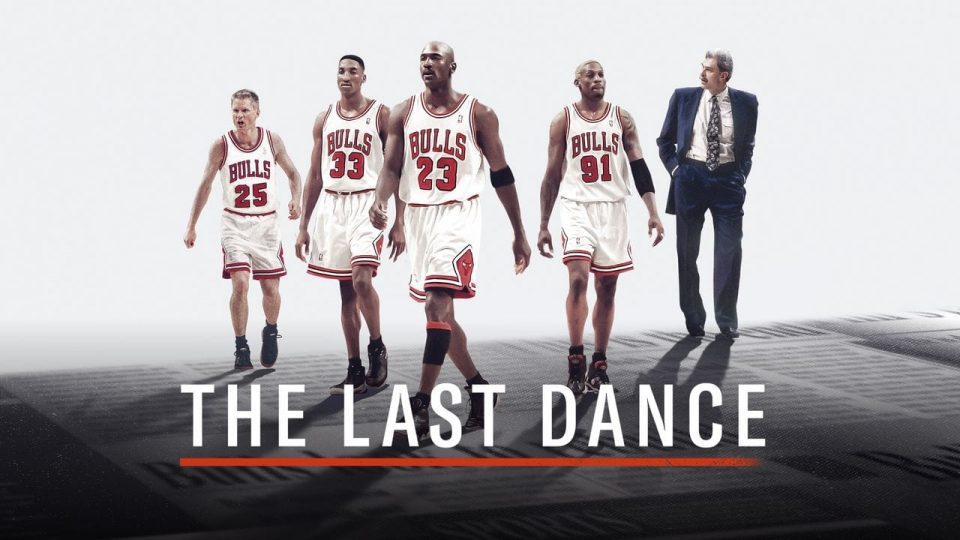 The 1997-8 season for the Chicago Bulls acts as the lens from which the documentary series The Last Dance chronicles Michael Jordan’s storied basketball career.

Michael Jordan is arguably the greatest basketball player of all time, winning six championships with the Chicago Bulls during his 15-year career. His popularity and marketability during the late 1980s and all through the 1990s helped elevate the NBA to newfound levels of popularity.

Jordan’s story is an engrossing one. His sheer ability and success alone could fuel many hours of television. But even the most compelling stories need a narrative structure.

It is a testament to the craft of the documentarian that non-fiction stories like The Last Dance, jointly produced by ESPN Films and Netflix and directed by Jason Hehir, can be told in such a way that real people become characters with attributes and philosophies that pop out like the most radiant colours, as well-defined as any characters in cinema.

However, it isn’t just about personality. Participants in this real-life story have roles as well. There are heroes, there are villains, there are those who are somewhat in the middle, and there is an entire supporting cast.

In terms of the story itself, you could start at the beginning and proceed chronologically, ultimately culminating in the final championship win of 1998. This orthodox and outmoded way of documenting a story is not ideal and would not have done Michael Jordan any justice.

The Last Dance moves back and forth in time. While the 1998 season remains the compass and emotional anchor of the series, time jumps enable the audience to fully appreciate what is happening before them. None more so than people who are not particularly familiar with all the details of the story. Everyone knows or suspects that Jordan comes out of this a winner. The challenge is to keep you interested until this is confirmed.

The Last Dance has an overarching three-act structure, while each individual episode has its own arc. The first episode finds us in 1998. We are introduced to the heroes of the story. Michael Jordan, of course, but also his teammates, as well as coach Phil Jackson. Then we are introduced to the main villain, Chicago Bulls general manager Jerry Krause, as well as villain-adjacent Jerry Reinsdorf, the billionaire owner of the team.

The Last Dance shows the obstacles and conflicts that unfold throughout Michael Jordan’s time at the Chicago Bulls. Obstacles come in the form of rival teams or players, injuries to key players, out-of-court antics, personal issues, family issues, clashes between teammates and more.

We see Michael Jordan’s desire to win at all costs, although presented in a somewhat two-dimensional fashion. The desire, the angst, the determination, all incredibly intriguing and able to overpower the more jagged aspects of his personality, the bullying, trash-talking and incessant demands from fellow Bulls players.

Jumping between seasons also adds context and provides useful information. It enables viewers to know players and bond with their personal struggles. Steve Kerr’s story about his father, as well as the story about security guard Gus Lett, are both standout moments in the show.

The Last Dance is brought to an inevitable resolution in the last two episodes, climaxing with Michael Jordan’s infamous shot against Utah Jazz. The celebrations are followed by the unavoidable falling action, the confirmation of timeless greatness and a promise kept, tinged with traces of regret, fatigue and conjecture.