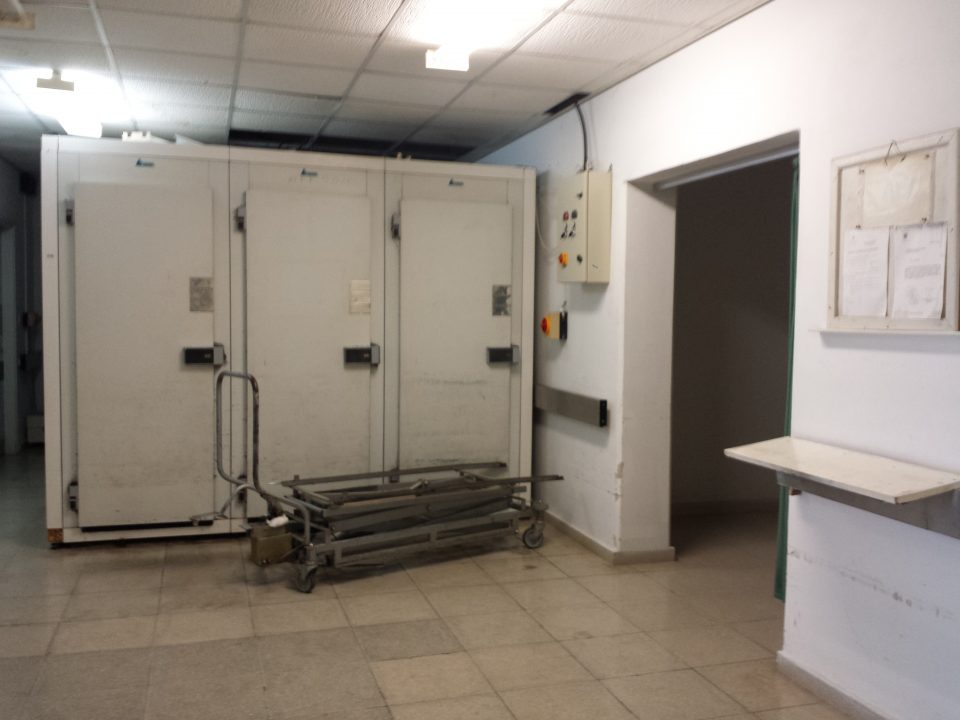 The morgue at Paphos hospital

The Thalassemia Federation urged the government Friday to overhaul the forensic medicine department after it emerged that state pathologists refused to carry out post-mortems because of the coronavirus, infuriating MPs who had discussed the matter the previous day.

“We are calling for an immediate review of the existing, outdated forensic medicine legislation and the necessary steps to ensure the smooth and effective investigation of deaths, where required,” the federation said.

MPs on Thursday heard that the four state pathologists employed by the health ministry have been refusing to carry out post-mortems, citing the coronavirus. The pathologists also claimed that the island’s morgues were not up to spec.

The matter emerged after the family of a young woman with thalassemia died recently had asked for a post-mortem to determine the exact cause of death and share the results with other thalassemia patients.

Despite the relatives postponing the funeral, the post-mortem never took place, the Thalassaemia International Federation said on Friday.

In its attempt to help the family, the federation, along with the Pancyprian Thalassemia association, discovered that medical examiners refused to perform post-mortems in fear of Covid-19 infection from the remains.

Since the outbreak in Cyprus, state pathologists have performed three post-mortems islandwide.

Chairman of the House health committee Costas Costantinou slammed the pathologists’ behaviour, saying it was inhuman to have relatives waiting more than 20 days or up to one month for a post-mortem.

Speaking on Politis radio on Friday, Constantinou accused the director of forensic medical services, Sophocles Sophocleous, of refusing to carry out post-mortems in Paphos after he had a fight with the morgue’s assistant at the state hospital there.

The pathologists claimed there is was lack of equipment and proper infrastructure at the morgues and they risked exposure to the virus.

The health ministry told MPs that international guidelines did not ban post-mortems during the pandemic but recommended they be kept to a minimum. They denied that the morgues were not up to spec.

Quoting information received from former state pathologist Panicos Stavrianos, who had been present at post-mortems, Constantinou said bodies were kept in the fridge for so long that they started decomposing.

The first post mortem was on a 26-year-old who died on April 20 and whose body was full of mould and fungus after being kept in the fridge for so long; and the second case was of an individual who had been tested for the virus some 25 days ago but pathologists had not carried out a post-mortem, Constantinou said.

A health ministry official said on Friday the issues had now been resolved and that post-mortems were being resumes as normal.