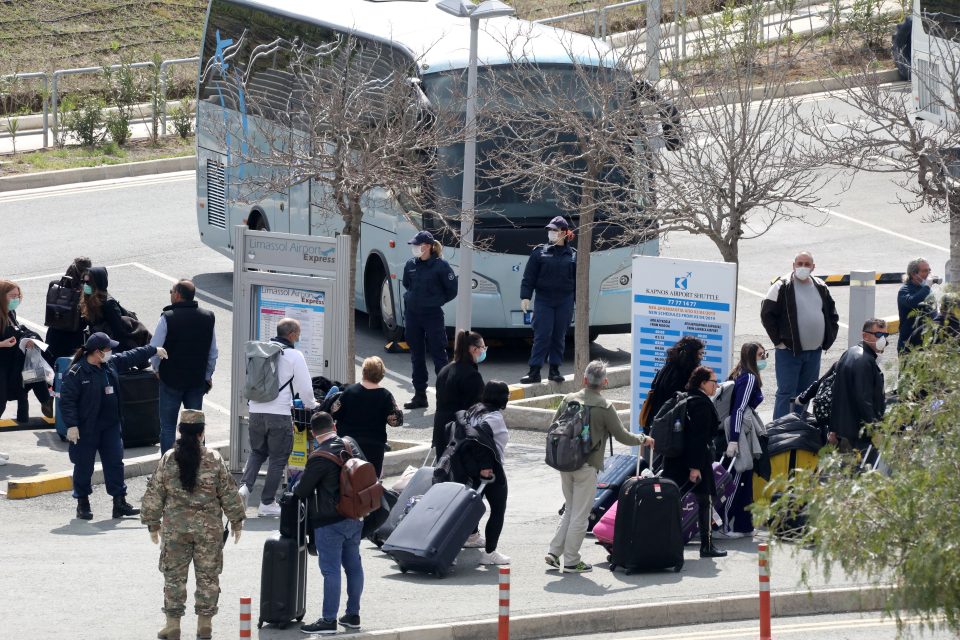 The transport ministry on Friday announced that the repatriation of Cypriots from countries not in the two groups from which passengers will be allowed from Monday, will continue until June 19.

Following a cabinet decision, the repatriation of people from countries that do not fall under categories A or B will continue until June 19 included.

The repatriation flight programme was to end on June 8, as most Cypriots abroad have already returned.

People who have bought tickets to travel during the period from June 9 to 19 and are eligible for repatriation will be informed by the air carriers about the flights, the ministry said.

From June 20, flights from countries not included in categories A and B will be allowed and airlines will be able to issue tickets. “These flights will only allow passengers who are Cypriot nationals, who are legally resident in Cyprus, or persons who will be granted a special permit,” the ministry said. It added that the passengers from these flights will follow the protocols issued by the health ministry.

The government announced recently the gradual easing of the restrictions in flights operated to and from the Larnaca and Paphos airports by introducing two phases: between June 9 and 19, and from June 20 onwards.

It also announced that it would allow passengers from some countries which it has classed into two categories.

During phase A, whoever arrives from the countries included in both categories, will have to furnish a clear Covid-19 test from a certified laboratory to be allowed on board. The test should have a negative result and be conducted within 72 hours before departure.

Cypriot citizens and permanent residents in Cyprus, also can take the test upon their arrival in Cyprus. In this case and until the test results are issued, they are to remain in self-isolation at home.

During phase B, any passenger arriving from countries belonging in category A, will not need to have a test.

Passengers arriving from countries included in category B, will continue to need a clear Covid-19 test issued 72 hours before their departure to be allowed on board.

For all other countries not included in the two categories, passengers would have to furnish a negative Covid-19 test conducted 72 hours previously, before they are allowed to board an aircraft to Cyprus. Alternatively, the test can be conducted upon their arrival to Cyprus, however passengers will remain at a designated area for one day or until the test results are issued.

All passengers arriving from countries which are not included in the two categories, will be transported to their houses for a 14-day self-isolation. The cost for the laboratory test as well as the quarantine/self-isolation/transportation will be paid by the passenger.