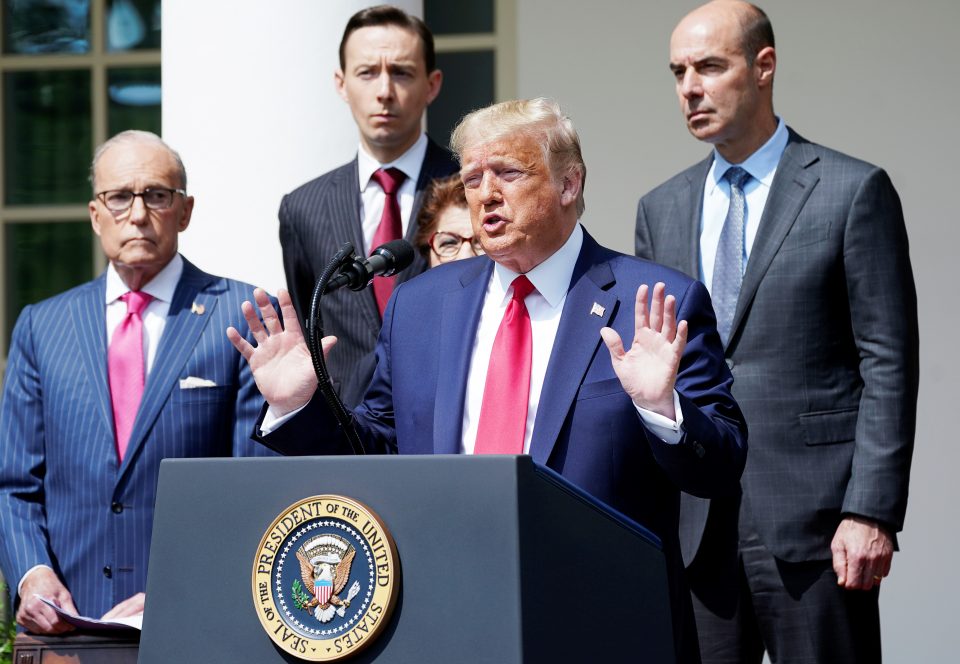 The U.S. economy unexpectedly added jobs in May after suffering record losses in the prior month, offering the clearest signal yet that the downturn triggered by the COVID-19 pandemic was probably over, though the road to recovery could be long.

The Labor Department’s closely watched employment report on Friday also showed the jobless rate falling to 13.3% last month from 14.7% in April, a post World War Two high. It followed on the heels of surveys showing consumer confidence, manufacturing and services industries stabilizing. Economic conditions have significantly improved as businesses reopened after shuttering in mid-March to slow the spread of COVID-19.

“The country has turned the corner from the pandemic and the recession it created for now, but all the workers who lost their paychecks will find it difficult to regain their place in society as many of these jobs are gone forever,” said Chris Rupkey, chief economist at MUFG in New York.

“It took years for the economy to grow enough to find jobs for those unemployed in the last recession, and it will take years again this time to do the same.”

Nonfarm payrolls rose by 2.5 million jobs last month after a record plunge of 20.7 million in April. Economists polled by Reuters had forecast payrolls falling by 8 million jobs in May and the unemployment rate jumping to 19.8%.

Stocks on Wall Street rallied on the report. The dollar rose against a basket of currencies. U.S. Treasury prices fell.

Despite last month’s surprise increase, payrolls are nearly 20 million below their pre-COVID-19 level. The unemployment rate has risen 9.8 percentage points and the number of unemployed is up 15.2 million since February.

Without the misclassification, the May unemployment rate would have been about 16%.

Still, May’s surprise turn in the labor market could offer a respite for President Donald Trump, who is seeking re-election. The Trump administration has been severely criticized for its handling of the pandemic.

This week, Trump came under fire for his response to demonstrators protesting the death in police custody of George Floyd, a black man. Though many economists expect the unemployment rate to peak in May, it is forecast to be above 10% when Americans head to the polls on Nov. 3.

Employment in May was boosted by restaurants and bars, which added 1.4 million jobs after losing 5.4 million jobs in April and 633,000 jobs in March. But payrolls continued to decline in the accommodation industry in May, with an additional 148,000 jobs lost.

Hiring in the construction industry increased by 464,000 jobs last month, recouping about half of April’s decline. There were also gains in employment in education and health services, retail trade, manufacturing, professional and business services, financial activities and wholesale trade.

But government payrolls dropped by 585,000 in May, with the declines in state and local governments, whose budgets have been crushed in the fight against COVID-19. There were further job losses in the information, mining, transportation and warehousing industries.