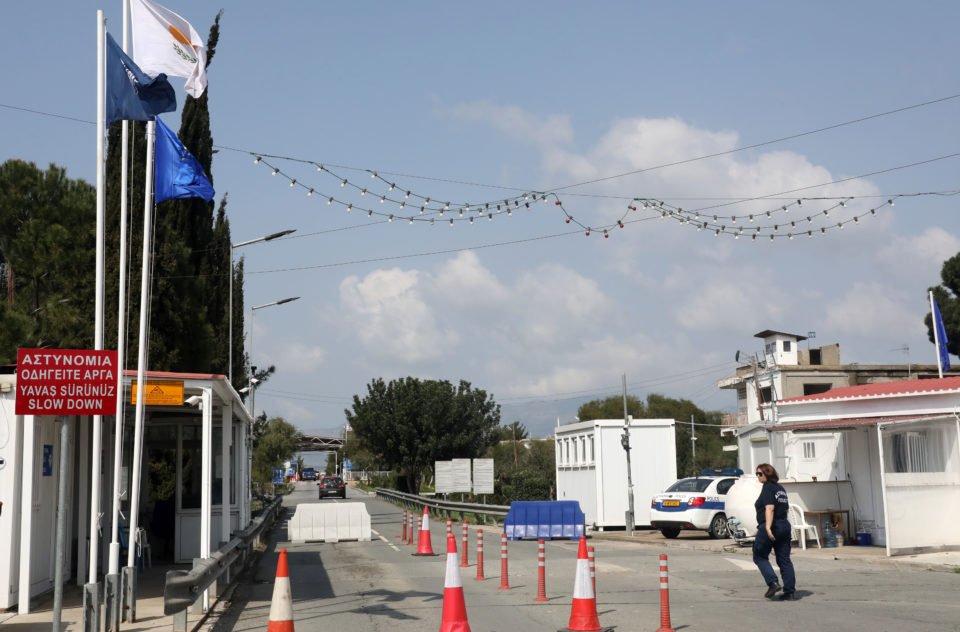 The Turkish Cypriot side will keep the crossing points shut on Monday, Government Spokesman Kyriacos Kousios said on Sunday.

The spokesman told Alpha TV on Sunday evening that Turkish Cypriot leader Mustafa Akinci’s office has informed the president’s office that it will not be possible for the crossings to reoperate as per the two leaders’ agreement for allowing some groups of people to start crossing between the two sides from Monday.

Kousios, stating that the government is ready to reoperate the crossings, said that the Turkish Cypriot ‘government’ was exploiting this issue ahead of the new leader elections in October.

The two leaders announced last month that they had agreed that crossings would be allowed by car as of June 8 for some groups of people but that Turkish Cypriot ‘government’, had said they were the ones to decide on this issue, not Akinci.

Kousios said Anastasiades was concerned by this development.

Eligible to use the crossings from Monday were Turkish Cypriot workers, students and people receiving treatment in the south, the enclaved and permanent residents of the Maronite villages in the north. Greek Cypriots living in Kato Pyrgos who work in Nicosia were to also be allowed to cross.

Police spokesman Christos Andreou told the Cyprus News Agency earlier on Sunday that they were ready for the opening of crossing points when instructions are given to do so.

Earlier in the week Turkish Cypriot ‘prime minister’ Kudret Ozersay had announced that some of the people who work in the south and face losing their jobs would be given coronavirus tests and authorities would facilitate their crossing to the south. These workers, however, would have to remain in the south until the mandatory 14-day quarantine rule in the north was lifted on July 1.

Paphos old town: packed at night and dead in the daytime