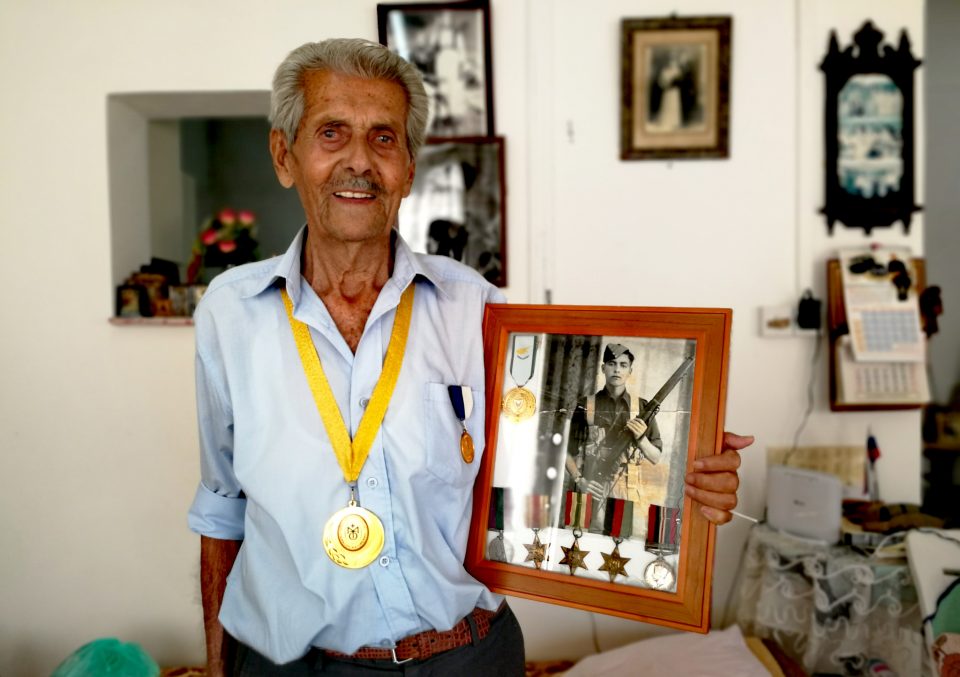 Tailors, carpenters and fishermen; priests, shepherds and bakers. Here a late-night lokmades seller under a streetlamp; there an EOKA fighter, eyes still brimming with fire. Scroll down to a grandmother clasping photos of her missing, a quiet round of pilota in a kafenion corner, a cobbler in his ancient workshop. Browse snaps of the traditional craftsmen and women: the makers of bread and jam, of bamboo flutes and chairs, of zivania and lace…

These are the snapshots of a nation’s people: the true Cyprus, its beating heart. Here, captured on the Instagram account @people.of.cyprus, is the everyman and woman of our island. And that, in itself, would be enough to make the account special. But what makes it truly unique is the stories…

Launched just a year ago under the tagline ‘Famous or not we all have a story to tell’, this Instagram account focuses on both photos and stories: each captivating image accompanied by a fascinating anecdote; a little backstory or quote from the subject of each photo.

‘I am just happy to be free,’ runs the caption below an image of an elderly tailor. ‘But what to say? The tailor’s profession is going to be lost. I consider the profession, it goes and withers. Others sew on their own, others throw away. If along with the profession, Nicosia changes, so will the people.’ 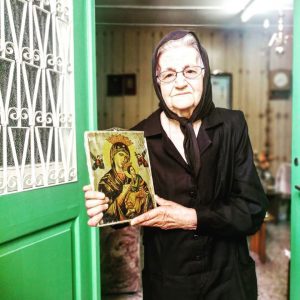 “When I set up the @people.of.cyprus last year,” says 30-year-old Iliana Koulafeti, “I never imagined there’d be this much interest. Let’s face it, Instagram is a wonderful social media platform for beautiful places, amazing restaurants, unique products, and must-see destinations, so I never thought that a local account about regular, ordinary everyday people would have such an impact. But everyone seems to be fascinated by the photos and the stories: lots of people message saying things like ‘you helped me remember my grandmother,’ or ‘your stories give me strength’. And that’s the biggest reward for me, because people aren’t just engaging with beautiful pictures, they’re also enjoying the stories.”

Half Greek, half Cypriot, and a historian by profession, Iliana has always been fascinated by the personal backstory. “History isn’t just archives and records; real history comes from the people. And it’s the stories of the everyday people which is the real history of a place.

“Historians,” she adds, “tend to be very cool and collected when they’re writing, when they’re reporting the facts. But we mustn’t forget that we’re writing about human beings who have emotions and opinions. When you listen to someone’s story, it can inspire and move, strengthen and comfort the reader. And that’s what I’m trying to do with @people.of.cyprus: reporting on the stories of the everyday person, someone who – perhaps – has a perspective that can help others…” 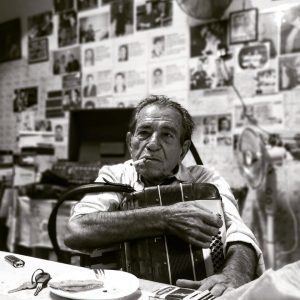 ‘I’ve been doing this job for exactly 50 years!’ says the caption accompanying a photo of a Geri butcher. ‘At 27, I opened my first butcher shop. The first one on the right as soon as you entered the south gate of the city centre. The secret of youth is to laugh! Can anyone disagree?’

‘In 1974 I was 14 years old,’ runs the story under a moustachioed builder. ‘We used to live in Tripimeni but we were forced to move to Achna because of the invasion. I remember being a kid in the village when the bombs started falling over our heads. But then Achna was occupied as well so we moved to Vouni, and on to Agios Theodoros. And then, in 1977, I found myself in Alambra. I was in the military and that was the place where I learned to be a builder. It’s a tough job but every day you learn something new! I would never do another job, only a builder.’

‘You have no idea what I have been through,’ is the story next to an elderly maker of lace. ‘Do you know what it feels like to keep your children in one room and next to it hide the EOKA fighters? Oh, we have been through so many difficulties. When my husband was kept as a political captive it took me a week to find out, no one knew anything. You know, back then, silence was gold.”

Today, an account which, for Iliana, began as “a personal hobby, a way of giving back”, has become a sensation: 5,000 followers engaging with the spellbinding pictures and compelling stories.

“All of us face difficulties in life, and sometimes it’s the stories of other people that give us the strength to move on, to understand other people and experience new things,” she suggests. “And by giving people the opportunity to talk, to know they matter, I feel I’m able to give back to society, to the world.” 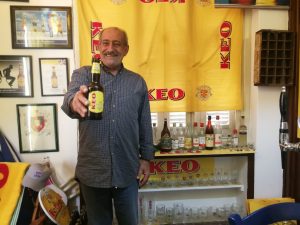 While the majority of the pictures and stories are recorded by Iliana herself, she also allows posts from a number of like-minded friends. “At the start of the project, all the photos were mine. But as the account gained interest, a lot of people reached out to me with photos and stories from their neighbours, grandparents, friends.

“And as long as there’s a story to share, I find it fascinating. Obviously, as a historian, I tend to be most interested in the elderly – the people who have experienced struggle. But even a young person sharing their dreams is, to me, absorbing; recently I’ve been fascinated by the way the cashiers, delivery boys and girls, and cleaners – the people who couldn’t stay at home – have experienced corona isolation. Every single person – famous or not – deserves to have their story told.”

The impact of flight delays on passengers